Divergence between CDS and MEA on ‘Chinese village in Arunachal’ 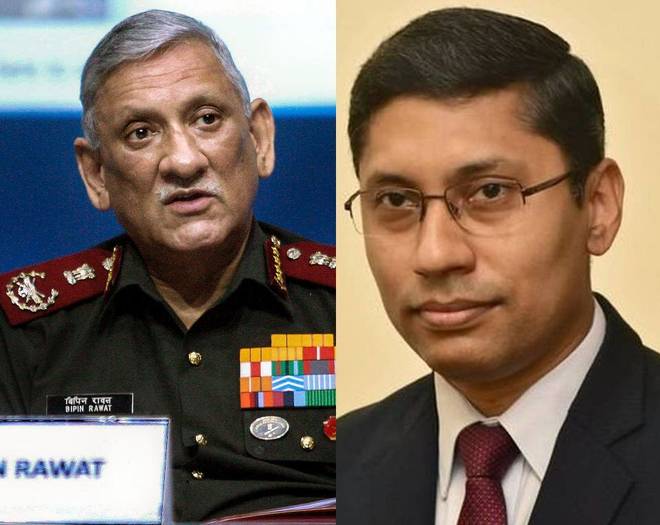 Chief of Defence Staff (CDS) General Bipin Rawat on Thursday contradicted the official position of the Ministry of External Affairs (MEA) regarding Chinese construction activities in the eastern sector in Arunachal Pradesh.

But, soon after this, speaking at a TV channel event, Gen. Rawat stated that the Chinese constructions were “well within their side of the LAC [Line of Actual Control]”.

“They are building this infrastructure and these so-called villages are well within their side of the LAC. They have not transgressed anywhere on our perception of the LAC. There are different perceptions. We are very clear where the LAC lies because we have been told that this is your alignment of the LAC and this is the territory you are expected to defend. Chinese have a perception which in some areas we know and in some areas we don’t know, because they have never really explained where the LAC lies according to their perception,” he noted at an event organised by Times Now. “As far as we are concerned, there is no such village development that has taken place on our side of the LAC.”

His comment contradicted a statement from the MEA regarding the recent report from the U.S. Department of Defence that pointed out that sometime in 2020, China “built a 100-home civilian village inside disputed territory between PRC’s Tibet Autonomous Region and India’s Arunachal Pradesh state…”

Mr. Bagchi remarked, “China has undertaken construction activities in the past several years along the border areas including in the areas that it has illegally occupied over the decades. India has neither accepted such illegal occupation of our territory nor has it accepted the unjustified Chinese claims”. India had “taken note” of the U.S. report that detailed construction activities by China in the eastern sector.

Gen. Rawat stressed that the Chinese and the Indian forces were on respective territories facing each other and that the Chinese have been building infrastructure and huts for their soldiers based on their “perception” of the LAC that is partially known to India.

Mr. Bagchi observed that India had always “strongly protested” against such construction activities on its sovereign territories through “diplomatic channels”.

“The government keeps a constant watch on all developments having a bearing on India’s security and takes all the necessary measures to safeguard its sovereignty and territorial integrity,” he added.