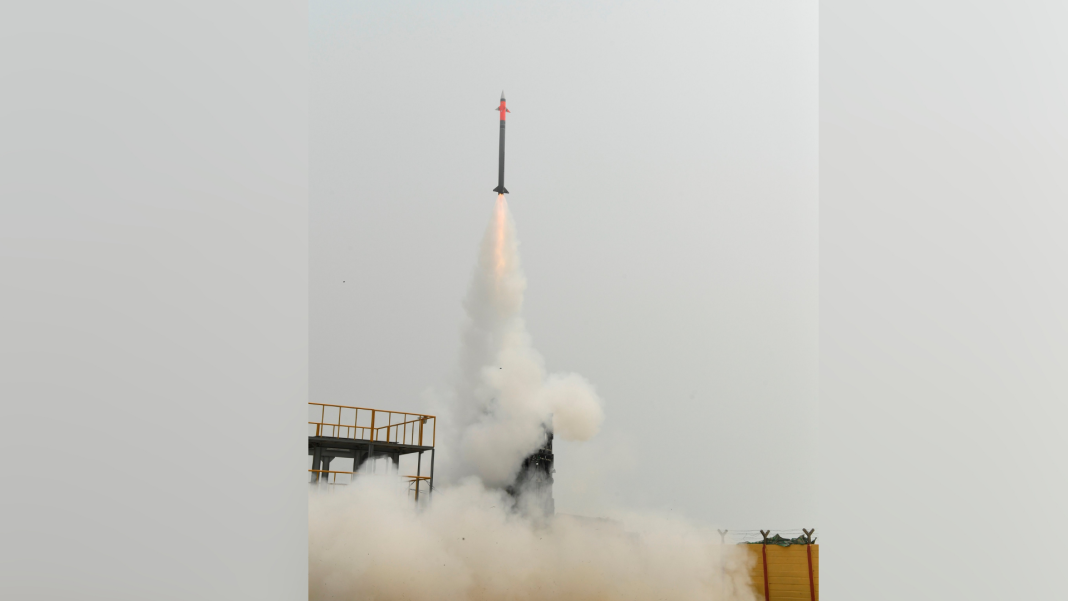 During the test, the Indian Army version of MRSAM established the accuracy and reliability against targets covering the sea-skimming and high altitude functionality within the envelope.

Notably, the test carried out by Defence Research and Development Organisation (DRDO) analyzed the performance of all weapon system components including missile weapon system radar and command post.

The flight tests were carried out in the presence of senior officials from the Defence Research and Development Organisation (DRDO) and the Indian Army. With the conclusion of flight trials for different ranges and scenarios, the system has been marked completed from its development phase.

Defence Minister Rajnath Singh lauded the efforts of DRDO, the Indian Army, and the Industry for the successful launching of the MRSAM-Army.

“The successful launches have once again proved the reliability of the system. Secretary Department of Defence R&D and Chairman DRDO Dr G Satheesh Reddy congratulated the teams associated with the successful test firings of the weapon system,” the Defence Minister asserted

Earlier on March 27, the MRSAM was successfully flight tested twice against high-speed aerial targets for different ranges as part of the live firing trials. Both the missiles intercepted the aerial targets and destroyed them completely, registering direct hits at both ranges.

The first launch was aimed at intercepting a medium-altitude long-range target and the second launch was for proving the capability of a low altitude short-range target.

The Medium Range Surface to Air Missile (MRSAM) has been developed jointly by DRDO and Israel Aerospace Industries (IAI), Israel, to serve in the Indian Army. The Surface-to-Air Missile weapon system comprises a mobile launcher system, multi-function radar, and other vehicles.

It is noteworthy that the flight tests were carried out with the weapon system in deliverable configuration and the performance of the weapon system was validated through the flight data captured by range instruments like radars, electro-optical tracking systems and telemetry deployed by ITR, Chandipur.

The Successful Maiden Launch of MRSAM

In December 2020, Defence Research and Development Organisation (DRDO) achieved a major milestone with the maiden launch of the Medium Range Surface to Air Missile (MRSAM) – Indian Army version from Integrated Test Range, Chandipur, off the coast of Odisha. The missile completely destroyed a high-speed unmanned aerial target that was mimicking an aircraft with a direct hit.

A number of range instruments such as Radar, Telemetry, and Electro-Optical Tracking systems were deployed and captured the complete mission data, validating the weapon system performance including the destruction of the target.