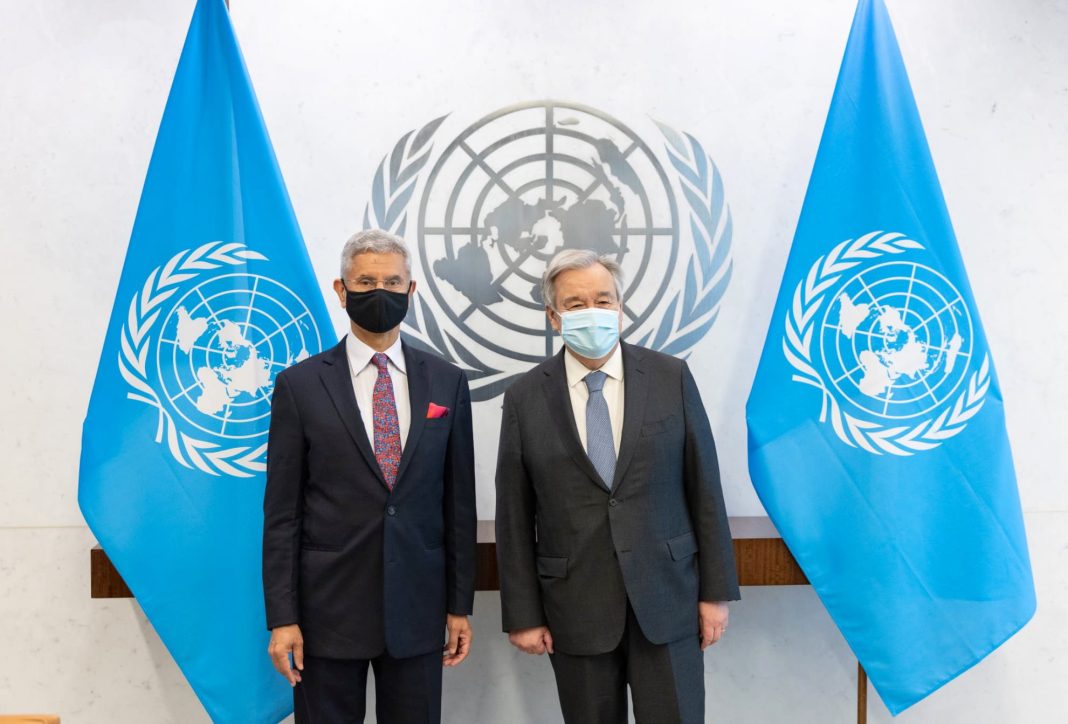 Amidst the deteriorating Russia-Ukraine crisis, External Affairs Minister Dr. S Jaishankar held ‘wide-ranging’ discussions with United Nations Secretary General Antonio Guterres on the wider impact of the engulfing crisis on the economies around the world.

During the high-level meeting, a joint discussion on political realities in India’s two key neighborhood- Myanmar to the Southeast and Afghanistan to the northwest also discussed. Earlier in the joint statement issued following the fourth India-US 2+2 Ministerial meet, India along with the US reiterated their call for immediate cessation of violence in Myanmar and the release of all those arbitrarily detained, and a swift return to the path of democracy and inclusive governance.

Since recently India had came under constant pressure for its cautious position on the deteriorating Russia-Ukraine conflict. Earlier addressing media after the successful conclusion of the 2+2 meet, External Affairs Minister Dr. S Jaishankar once again sharply hit back on its critics for misconstructing India’s stand on purchasing Russian oil.

“I noticed you refer to oil purchases. If you are looking at energy purchases from Russia. I would suggest that your attention should be focused on Europe, which probably we do buy some energy which is necessary for our energy security. But I suspect, looking at the figures, probably our total purchases for the month would be less than what Europe does in an afternoon. So you might want to think about that,” EAM Dr. S Jaishankar said.