Elon Musk’s ties to China could create headaches for Twitter 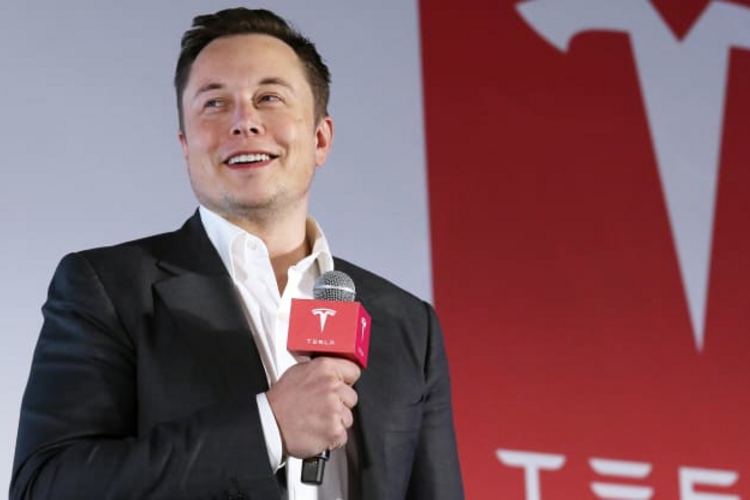 When Elon Musk opened a Tesla factory in Shanghai in 2019, the Chinese government welcomed him with billions of dollars’ worth of cheap land, loans, tax breaks and subsidies. “I really think China is the future,” Musk cheered.

Tesla’s road since then has been lucrative, with a quarter of the company’s revenue in 2021 coming from China, but not without problems. The firm faced a consumer and regulatory revolt in China last year over manufacturing flaws.

Like all foreign investors in China, he operates Tesla at the pleasure of the Chinese authorities, who have shown a willingness to influence or punish companies that cross political red lines. Even Apple, the world’s most valuable company, has given in to Chinese demands, including censoring its App Store.

Musk’s extensive investments in China could be at risk if Twitter upsets the Communist Party state, which has banned the platform at home but used it extensively to push Beijing’s foreign policy around the globe — often with false or misleading information.

At the same time, China now has a sympathetic investor who is taking control of one of the world’s most influential megaphones. Musk said nothing publicly, for example, when authorities in Shanghai shut down Tesla’s plant as part of the citywide effort to control the latest COVID-19 outbreak, even after lambasting officials in Alameda County, California, for a similar step when the pandemic began in 2020.

“It’s concerning to think about what could be a conflict of interests in these situations, looking at disinformation that could come out of China,” said Jessica Maddox, an assistant professor of digital media technology at the University of Alabama. “How would he, as now an owner of this company, handle that since all of his investments are tied up there, or most of them?”

Even Jeff Bezos, the founder of Amazon and one of Musk’s biggest rivals in tech, space and now media, weighed in — on Twitter — to question China’s potential sway over the platform. “Did the Chinese government just gain a bit of leverage over the town square?” Bezos wrote

Musk has not detailed his plans for changing Twitter except to promise to free it up as a platform for free speech, while banning bots and artificial accounts that populate its user base. Even that simple pledge on bots could irk China’s propagandists, who have openly bought fake accounts and used them to undercut claims of human rights abuses in Xinjiang. It is not clear whether he intends to restore accounts or remove labels that identify some of Beijing’s most prominent users as state officials.

What is clear is that China recognizes Twitter’s ability to spread information. The government banned Twitter in 2009 amid ethnic riots between Muslims and Han Chinese in Urumqi, the capital of Xinjiang, the western region where the government later started a mass detention and reeducation campaign that the United States has declared a genocide.

Despite the ban, China stepped up its own efforts to use the platform to extend the country’s sway overseas. Those moves intensified in 2019 when images of pro-democracy protests in Hong Kong spread across the global internet. China’s state media pushed back with tactics often reserved for its domestic audiences, accusing the CIA of orchestrating the protests and repeatedly broadcasting lurid videos of protester violence while ignoring police brutality against the crowds.

A growing chorus of Chinese diplomats, many fresh to Twitter, began to echo the harsh tone of state media, shouting down critics and pointedly attacking countries that offered encouragement. Described as “Wolf Warriors” after a popular nationalist movie, these officials received support from a murky mass of botlike accounts. By the end of 2019, Twitter had identified and taken down many of the accounts. Facebook and YouTube followed with purges of their own.

Undaunted, China’s government redoubled its efforts when the coronavirus pandemic began. Many of the diplomats and state media representatives used Twitter to spread conspiracy theories, arguing that the coronavirus had been released from a U.S. bioweapons laboratory and calling into question the safety of mRNA vaccines.

Since then, inauthentic networks of bots posting alongside diplomats and state media have spread videos disputing human rights violations in Xinjiang; downplaying the disappearance of Peng Shuai, the Chinese professional tennis player who accused a top Chinese official of sexual assault; and buffing the success of the Winter Olympics in Beijing this year.

Through it all, Twitter has released reports on the networks, often with the help of cybersecurity experts who have linked them to China’s government or the Chinese Communist Party. The company was one of the first to label government-backed accounts, and more recently links to government media, as “China state affiliated.”

As Twitter’s new owner, Musk may well face Chinese pressure on other issues as well. They include not only demands from authorities to censor information online even outside China’s Great Firewall — descriptions of Taiwan as anything but a province of China, for example — but also the arrests of Twitter users in China.