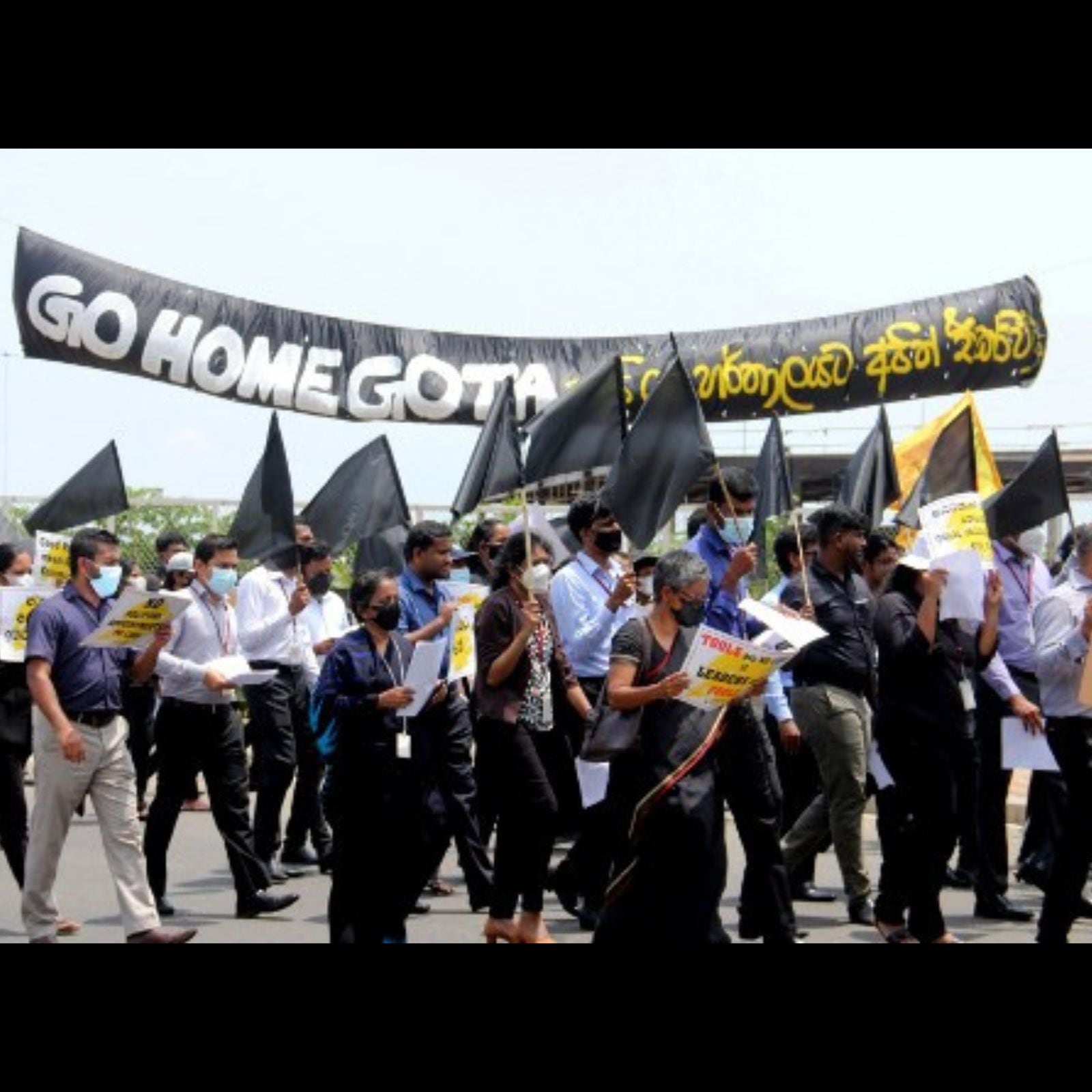 With protests and strikes showing no signs of weakening, Sri Lankan President Gotabaya Rajapaksa declared a state of emergency in the Island nation on Friday night as the public resentment against the Rajapaksas for the deep economic crisis in the country has been mounting by the day.

Even though the Sri Lankan public squarely blames the Rajapaksas Inc for plunging foreign exchange deficit, high external debt of over USDF 50 billion, rampaging inflation and prices, a statement from the office of Prime Minister Mahinda Rajapaksa denied that his brother President Gotabaya had asked him to quit.

The Island nation of 22 million people is currently reeling under serious economic crisis with the Rajapaksa leadership unable to figure out the way out as the protests are not weakening and it is quite evident that even a change of PM or government will be able to pacify the public. While India has given USD 2.5 billion in support, Colombo has gone back to its principal supporter, China, asking for a debt roll-over like Pakistan. Sri Lanka is also in negotiations with the IMF for financial aid to stem the present crisis. China holds 10 per cent of Sri Lankan total debt with more held by Japan, World Bank, and the Asian Development Bank. India holds nearly three per cent Sri Lankan debt.

The economic situation of India’s other two neighbors and China friends, Nepal, and Pakistan, is also in dire straits due to mess created by poor governance, rising external debt and food-fuel inflation. All the three countries under severe economic stress are part of Chinese Belt Road Initiative and under serious debt of Beijing on account of commercial loans from Chinese EXIM bank.

The present economic crisis in the Indian neighborhood provides a challenge to the Modi government as public anger in these countries could lead to humanitarian crisis with refugees pouring from north Sri Lanka in Tamil Nadu and from Nepal through seamless borders. Pakistan has already secured commitment of loan from Saudi Arabia and UAE after the present regime tried to mend ties with the two Kingdoms after departure of Imran Khan, but the situation is dire in the Islamic Republic.

While many a armchair strategists say that the present economic crisis also presents an opportunity to the Modi government, fact is the present economic crisis in Sri Lankan, Nepal and Pakistan have built over decades of financial profligacies and poor governance. All Modi government can do is provide financial package to keep the public anger in these countries down so that national security of India is not comprised due to rising Islamic radicalization in these countries.

While Nepal has banned luxury item imports and Pakistan has rationalized fuel and electricity subsidy, Sri Lanka seems heading for worse with public totally against the Rajapaksa government and the Opposition not having enough strength to provide a political alternative. With China itself facing economic stagnation after a long time due to hard anti-Covid measures in nearly half of Beijing and entire Shanghai, the Middle Kingdom itself would be shy of providing economic succor to these tributary states without collaterals. It is time that these countries realized that large infrastructure projects build on external debt without forex reserves to back them up always lead to a disaster.