Eye on China, Japan and India to boost defence ties 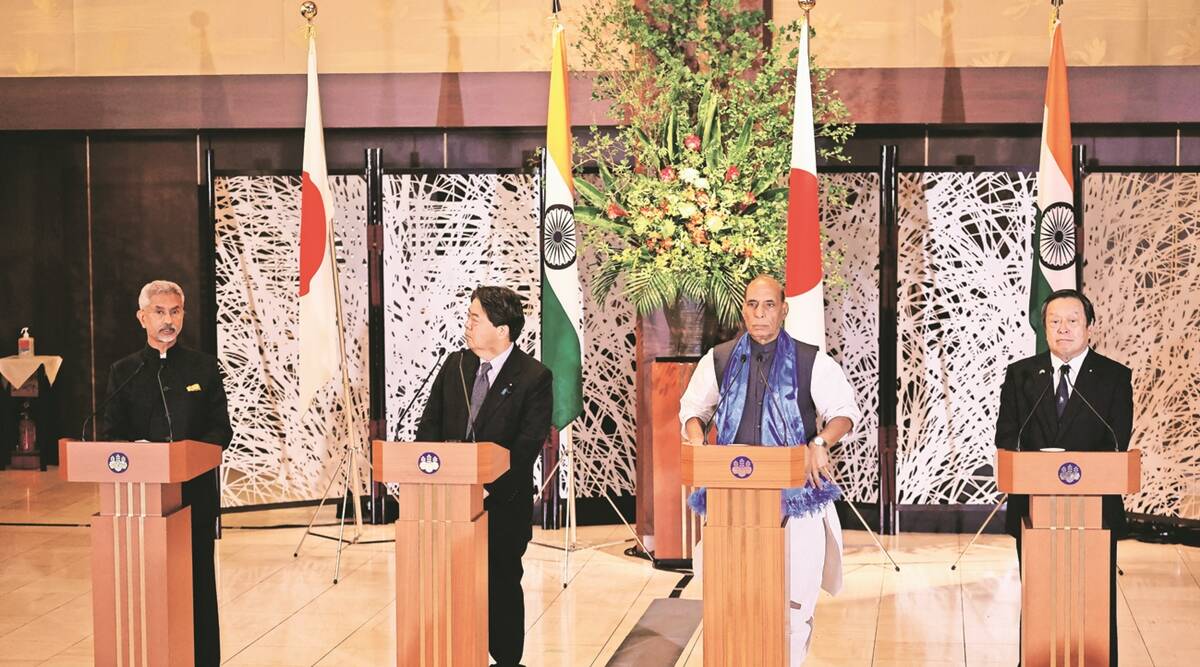 With an eye on China, Japan’s foreign and defence ministers on Thursday told visiting External Affairs Minister S Jaishankar and Defence Minister Rajnath Singh that they are examining “all options” necessary for national defence including “counterstrike capabilities”, and will increase their defence budget substantially to strengthen their capabilities.

Singh and Jaishankar, who held the 2+2 ministerial meeting in Tokyo with Japan’s Foreign Minister Yoshimasa Hayashi and Defence Minister Yasukazu Hamada, expressed their support for enhanced security and defence cooperation.

“While expressing its resolve to examine all options necessary for national defence, including so-called ‘counterstrike capabilities’, the Japanese side expressed its determination to fundamentally reinforce Japan’s defence capabilities within the next five years and secure substantial increase of Japan’s defence budget needed to effect it. Acknowledging Japan’s determination to reinforce its defence capabilities, Indian side expressed its support to work towards enhanced security and defence cooperation,” said the joint statement after the 2+2 ministerial meeting.

Without mentioning China’s belligerence in the region, the statement said: “Acknowledging that global cooperation is required more than ever to address security challenges that have become more acute, the ministers reaffirmed their commitment to a rules-based global order that respects sovereignty and territorial integrity of nations, and emphasised the need for all countries to seek peaceful resolution of disputes, in accordance with international law, without resorting to threat or use of force or any attempt to unilaterally change the status quo.”

“During today’s discussions, we noted the progress in the military-to-military cooperation and exchanges between the two sides. We shared a common desire to further increase the scope and complexities of our bilateral exercises. We have established staff talks and high-level dialogue between all the three services and the Coast Guard. I am glad that we have now agreed on staff talks between the joint staff of the Japanese Self Defence Forces and the Integrated Defence Staff of India,” said Singh.

The participation of Japan for the first time in the multilateral exercise MILAN and operationalisation of the Reciprocal Provision of Supply and Services Agreement in March this year are milestones in the progress of defence cooperation between our forces. We are happy to note that our Air Forces are working closely for early conduct of the inaugural Air Force fighter exercise,” he said.

“Enhancing the defence equipment and technological cooperation between India and Japan is one of our key priority areas. In our meeting today, I had the opportunity to propose engagements in emerging and critical technological domains. I have also invited the Japanese defence companies to look at opportunities in investing in the Indian defence corridors,” he said.