F-35C fighter jet: Race is on to reach sunken US plane… before China 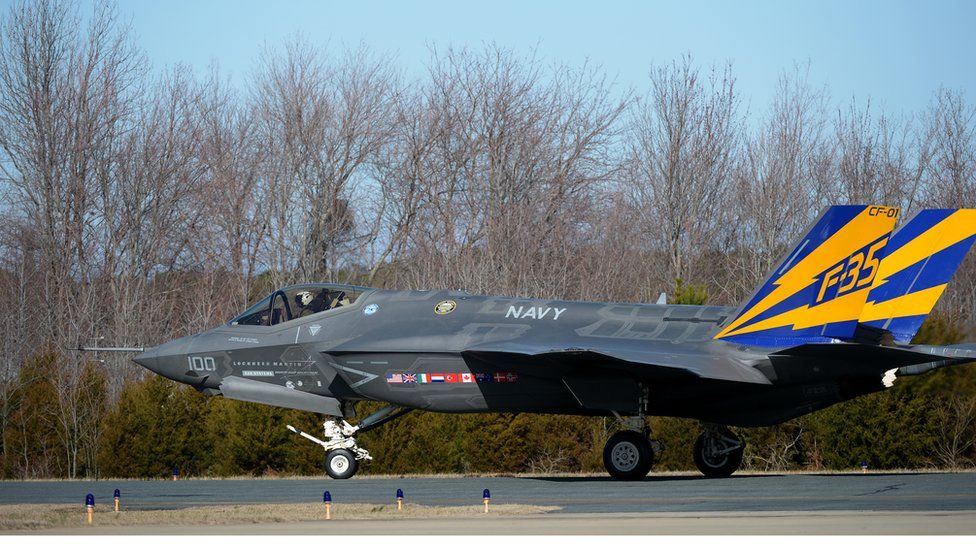 A race against time is under way for the US Navy to reach one of its downed fighter jets – before the Chinese get there first.

The $100m (£74m) F-35C plane came down in the South China Sea after what the Navy describes as a “mishap” during take-off from the USS Carl Vinson.

The jet is the Navy’s newest, and crammed with classified equipment. As it is in international waters, it is technically fair game.

Whoever gets there first, wins.

The prize? All the secrets behind this very expensive, leading-edge fighting force.

Seven sailors were injured when the jet came down on Monday after it struck Vinson’s deck during a military exercise.

On Thursday, Chinese Foreign Ministry spokesman Zhao Lijian denied Beijing was after the stricken F-35C. “We have no interest in their aircraft,” he said at a briefing.

Still, US national security experts say Chinese military would be “very keen” to get to the jet. A US salvage vessel looks to be at least 10 days away from the crash site.

That’s too late, says defence consultant Abi Austen, because the black box battery will die before then, making it harder to locate the aircraft.

“It’s vitally important the US gets this back,” she says. “The F-35 is basically like a flying computer. It’s designed to link up other assets – what the Air Force calls ‘linking sensors to shooters’.”

China doesn’t have that technology so getting their hands on it would give them a huge leap forward, she says.

“If they can get into the 35’s networking capabilities, it effectively undermines the whole carrier philosophy.”

Asked if there were echoes of the Cold War here, she says: “It’s all about who’s the biggest dog in the park! This is basically The Hunt For Red October meets The Abyss – it’s a brilliant three-act play.”

Ms Austen, a former adviser to the US Chairman of the Joint Chiefs and former senior Nato and EU diplomat, said she believes any attempt by China to try to claim salvage rights was them “stress testing” the US.

It comes at a vulnerable and dangerous time following what some perceived as a disorganised and disastrous Afghanistan pull-out, she believes.

There is no doubt China wants this plane, although cyber espionage may mean they already have some knowledge of its interior, layout and workings, says Bryce Barros, a China affairs analyst and security fellow at the Truman Project.

“I think they would want to see actual parts of the plane, to better understand how it is laid out and find its vulnerabilities.”

The US Navy acknowledged in a statement that a recovery operation was under way following the “mishap” aboard USS Carl Vinson.