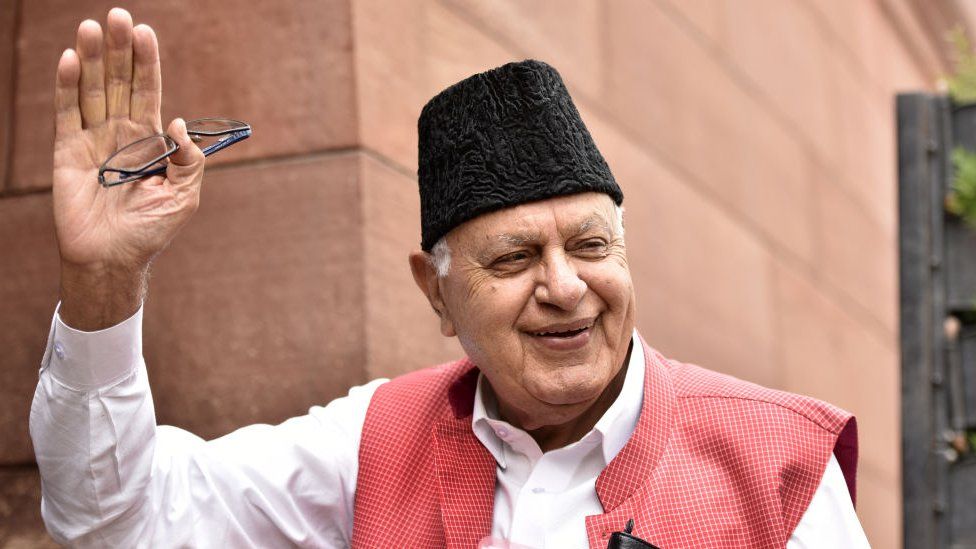 Former Jammu and Kashmir Chief Minister and National Conference President Farooq Abdullah on Saturday withdrew his name from possible joint opposition candidate for the office of President of India, saying he believes Jammu and Kashmir was passing through critical juncture and his efforts were required to help navigate these “uncertain times.”   In a statement issued to media here, Abdullah said, “I am honoured to have had my name proposed as a possible joint opposition candidate for the office of President of India by Mamata Banerjee Sahiba,” Farooq, parliamentarian from Srinagar.”  “Subsequent to Mamata didi proposing my name, I have received a number of calls from opposition leaders offering their support for my candidature,” he said.  Having taken a few days to discuss “unexpected development with family and senior colleagues”, senior Abdullah said that he was “deeply touched by the support that I’ve received & honoured to have been considered for the highest office in the country.” “I believe that Jammu & Kashmir is passing through a critical juncture and my efforts are required to help navigate these uncertain times. I have a lot more active politics ahead of me and look forward to making a positive contribution in the service of J&K and the country,” he said adding, “Therefore I would like to respectfully withdraw my name from consideration and I look forward to supporting the joint opposition consensus candidate.”  Farooq said that he was grateful to Mamata Banerjee for proposing his name. “I’m also grateful to all the senior leaders who offered me their support.”