Finding clarity in a complex security scenario in Jammu & Kashmir 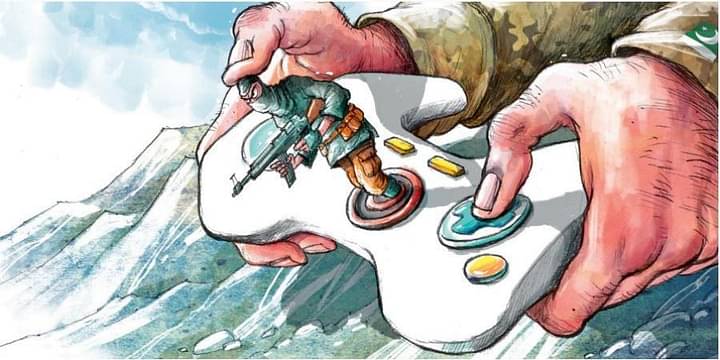 On Pakistan’s fake ‘Victory Day’, 6 Sep 2021, its Army Chief General Qamar Bajwa boasted of Pakistan’s victory in the September 1965 Indo-Pak conflict. He then added, without naming India, that Pakistan would win the 5th generation hybrid war too. He of course did not mention that Pakistan intended to re-energise the ongoing proxy hybrid conflict against India to a higher-level within a month itself, given the fact that the Afghanistan front has stabilised and the winter was approaching in J&K. With the range of activities seen in J&K through October 2021, along with the Pakistani deep state’s attempts to use unconventional ways of destabilising India, General Bajwa has been true to his word about the intent and the previous month has seen another gambit by Pakistan.

What exactly is fifth-generation hybrid war? There is no universally accepted definition of hybrid war itself.  Usually, a combination of conventional and irregular methods of war is the broadest understanding. Methods and tactics may include conventional capabilities, irregular tactics and formations, diplomacy, politics, terrorist acts, indiscriminate violence, criminal activity and anything that can adversely affect the security status of the opposing party or state. The manpower for this could be state, non-state, or state-sponsored non-state. Once again, fifth-generation hybrid war finds no definition but the ambit of hybrid war fought with the exploitation of all modern technological means of the information domain that extends to psychological and media propaganda and of late political warfare, is the larger understanding. Consensus is difficult on definitions but much easier on application. Pakistan has fought a hybrid war campaign in J&K for the last 30 years. For the last two years and a little more, its ability to pursue that path had become difficult after India decided on a strong clampdown on violence in the Valley and a recourse to constitutional decisions on J&K’s status. Its success in Afghanistan has emboldened Pakistan and this October offered some opportunities that Islamabad has manoeuvred to exploit to the hilt.

One of the most important things regarding rekindling the turbulence in J&K is to recreate among the people an empathy towards the Pakistan narrative and neutralisation of all Indian efforts at outreach to the people. Some of this flows naturally from the Taliban victory and Pakistan’s deep involvement there. The direct trigger to change the discourse of the improving security situation has been the minority and migrant targeting. Fence-sitters in Kashmir start gravitating away from India whenever such acts occur. The hard response by Indian authorities involving the detention of youth and interrogations is never helpful and the gains of a few months of positive outreach are probably negated by this. But that is the response expected by Pakistan and it works to promote that.

Simultaneously, efforts have been afoot to enhance terrorist strength through a relatively safer area as compared to the zone of Kashmir’s counter-infiltration grid. In its wisdom, Pakistan has chosen to revisit a strategy of the past: a concentration of foreign fighters and caches of weapons and wherewithal. The Pir Panjal acts as a midway point between the Jammu and Kashmir regions, and the selected area of concentration appears to be somewhat similar to Hilkaka, a pasture with nomadic hutments, which saw much action for almost three months in 2003. This concentration could also provide a clandestine training area for local recruits. It seems obvious that the reserves of terrorists would be held in such a location awaiting launch into a situation where the expansion of terrorist activities could be swift without awaiting infiltration. Even if this preparation for concentration was discovered early, it would draw the Indian Army into large-scale operations in an area that had been relatively quiet for some years. That activation itself would probably be considered a success by Pakistan since the areas south of Pir Panjal have been without action for long.

The means for the fifth generation hybrid war would probably have been the subject of research for some time. The Inter-Services Public Relations (ISPR) wing of the Pakistan Armed Forces would have been tasked to draw up the means of execution of a program involving various resources of strategic communication. With political warfare the new mantra in the world of hybrid warfare, the intent has been to push the latter towards yet another new phenomenon called gray zone war that too defies definitions but may broadly be considered as something with the purpose of creating intense political turbulence. The alleged Russian efforts towards influencing the US political scenario could be deemed as an element of gray zone war. The social and political environment in India is in flux and exploitable particularly in a pre-electoral scenario. The Delhi riots of early 2020 are considered by many analysts as another attempt at the gray zone war. The communal situation in India and the T20 World Cup match between India and Pakistan in combination offered much scope to Pakistan, in conjunction with all other forms of political and social tension; the Poonch terrorist concentration has obviously been both a fallback and a supplementary. Networked strategic communication was probably used to create short-term sub-narratives such as targeting Mohammed Shami and expression of pro-Pakistan sentiments to create further negativity. This confounds an already complex security environment in J&K which threatens to go beyond. Finding clarity through this is a major challenge and a ham-handed response plays directly into the hands of the sponsors who await exactly that before tweaking the further strategy.

The response is the biggest challenge for India and it’s easy to recommend clichéd ways such as ‘all of the nation approach’. Home Minister Amit Shah’s visit to J&K and the attitude displayed by him with different segments of society provides an indicator of how this needs to be dealt with. Arrests, detentions, and the like may prove counterproductive. Conversations without expectations of immediate outcomes must commence even as the security forces ensure that the kinetic space is not allowed to be breached. Results may not be achieved in the Poonch operations either but a stricter surveillance against any further buildup of strength must continue. However, most importantly we must look at the conceptual aspects of countering the gray zone vulnerability which is making Pakistan so confident of employing fifth-generation hybrid war as a tool against India.