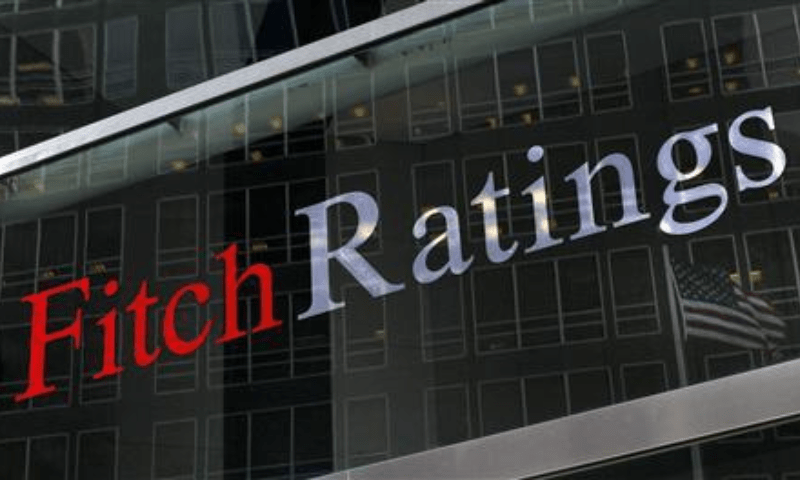 In a report issued on Monday, the New York-based agency — one of the three major global rating agencies — also affirmed Pakistan’s Long-Term Foreign-Currency (LTFC) Issuer Default Rating (IDR) at ‘B-‘.

Fitch noted a “significant deterioration” in Pakistan’s external liquidity position and financing conditions since the start of the year.

While the ratings agency assumed the International Monetary Fund’s (IMF) executive board would approve the staff-level agreement with Pakistan reached earlier this month, it saw “considerable risks” to implementation.

The agency also saw risks to continued access to financing after the expiry of the extended funded facility (EFF) supported programme in June next year amid a “tough political and economic climate”.

Fitch also referred to former prime minister Imran Khan’s ouster through a no-confidence vote in April and his demand for early elections.

“The new government is supported by a disparate coalition of parties with only a slim majority in parliament. Regular elections are due in October 2023, creating the risk of policy slippage after the conclusion of the IMF programme.

“Renewed political volatility cannot be excluded and could undermine the authorities’ fiscal and external adjustment, as happened in early 2022 and 2018, particularly in the current environment of slowing growth and high inflation,” it added.

According to Fitch’s report, another factor behind the downgrade was the pressure on foreign exchange reserves, which it noted, had declined to about $10 billion or just over one month of current external payments by June this year, down from about $16bn at this time last year.

“Fiscal tightening, higher interest rates, measures to limit energy consumption and imports underpin our forecast of a narrowing CAD to $10bn (2.6pc of GDP) in FY23.”

Fitch said that Pakistan’s ‘B-‘ rating reflected recurring external vulnerability, a narrow fiscal revenue base and low governance indicator scores compared with the ‘B’ median.

It noted that while the country’s external funding conditions and liquidity would likely improve as a result of the staff-level agreement with the IMF, slippage against programme conditions was a risk and could “quickly lead to renewed strains, while diminished [foreign exchange] reserves and high funding needs now leave less room for error”.

The agency predicted that Pakistan’s fiscal deficit would reduce to 5.6pc of the GDP in FY23, compared to 6.1pc last year. This is almost 1pc higher than the government’s target of 4.9pc.

“We expect debt/GDP to decline to 66pc in FY23 and remain on a downward trend, helped by high inflation and a modest primary deficit, which we forecast at 0.9pc of GDP in FY23, down from 2.8pc of GDP in FY22.”

Fitch predicted that average inflation would remain at 19pc in the current fiscal year and 8pc in FY24, citing energy price hikes which it said would fuel broad-based inflation.

The ratings agency forecast slower economic growth this year, predicting it at 3.5pc, compared to the government’s 5pc target.

Fiscal and monetary tightening, high imported inflation, and a weaker external demand outlook would all hit household and business confidence, it stated.