For Chinese president Xi, ‘development’ in Tibet a colonialism in disguise 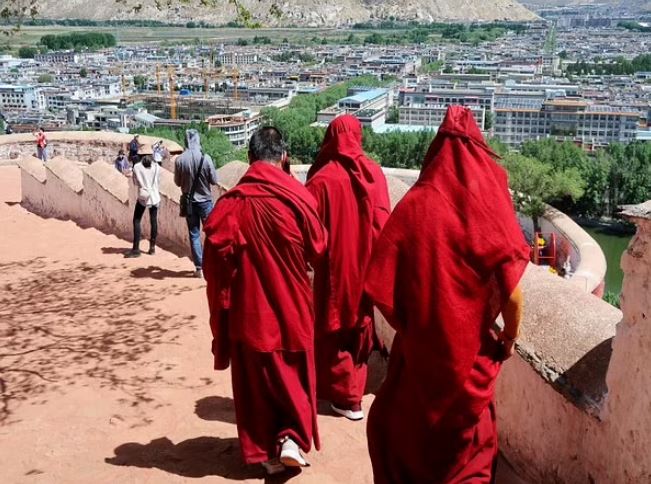 After the 2018 constitutional amendment approved the removal of the two-term limit on the presidency, Chinese President Xi Jinping tightened the state apparatus in Tibet where Beijing as a colonial and imperialist entity harassed, looted, and traumatize the occupied regions in the name of development and civilizing mission.

National People’s Congress (NPC), the national legislature of China, meets for roughly two weeks every year and passes important legislation. NPC announced a constitutional amendment in early 2018 and approved the removal of the two-term limit on the presidency, set under Article 45, reported Policy Research Group (POREG).

Later in 2021, it passed a “landmark resolution”, a third of its kind in the Chinese Communist Party’s (CCP) 100-year history after one issued under party founder Mao Zedong and his successor Deng Xiaoping.

The 14-page communique eulogising Xi’s leadership and his “core” status in the party makes it explicitly clear that he would continue in power for an unprecedented third term after completing his second five-year term next year and perhaps beyond not retiring, unlike his predecessors.

And therefore, this November when NPC meets, Xi Jinping is set to secure his third term in power.

For many years, Tibet is marred by China’s authoritarian activities where Xi’s regime has no consideration whatsoever for the rights of the Tibetans. China does not view Tibetans as humans with feelings and opinions but rather as an entity that is to be used for carrying out its expansionist ambitions.

In a recent report by the Tibet Action Institute, China calls for the establishment of colonial-style boarding schools in Tibet where Tibetan children are forced to take admission and study mandarin.

By doing so, China is trying to eradicate the Tibetan culture and seeking to take the Sinicization of the region to the next stage. Choosing schools in Tibet to carry out its purpose of Sinicization is apparently done in a bid to target the grassroots level.

Education centers are just one example of China’s agenda for Tibet. Since 2018, religious centers, Tibetan traditional establishments, charismatic Tibetans, cyberspace, and even the environment are facing the brunt of Sinicization.

In the White Paper on Tibet released by CCP last year, it came to light that the reality of what China portrays in front of the world is just an illusion of Tibet in the name of development.

In the months after Xi’s visit to Lhasa last year, Tibet saw rapid policy changes, which attacked the Tibetans and Tibet as a whole.

A monastery was desecrated and forcibly demolished in Drakgo, a region in Kham. Several Buddhist edifices are also being removed across the land, drawing parallels to the Cultural Revolution of the 1960’s that destroyed a majority of Tibetan cultural establishments and their paraphernalia.

Furthermore, Tibetans are banned from higher education if they do not adhere to and follow Beijing’s Marxist thought. Immolation protests are continuing.

Another unceasing Xi power show is ongoing as jailed Tibetan political activists are tortured in the most inhuman way. Even as high-speed internet is bridging the communication divide, in stark contrast, Tibetan cyberspace is crumbling under the weight of surveillance.

President Xi has been flexing himself in Tibet and other occupied regions. This show of authority is now being implemented in Mainland China as well through his Zero-Covid policy that has created an environment of fear among the Chinese people – akin to the sense of fear that has been engulfing the Tibetans and other occupied people for more than 70 years.