Four years on: Remembering the surgical strike that dealt a lethal blow to Pakistan 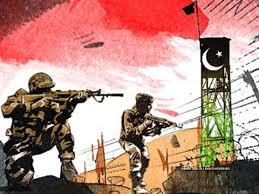 Today marks the fourth anniversary of the surgical strikes that the Indian Army carried out following the Uri attack. Prime Minister, Narendra Modi in his Mann ki Baat address on Sunday had said that four years back around this time, the world witnessed courage, bravery and valour of our soldiers during the surgical strike. Our brave soldiers had just one mission and goal-to protect the glory and honour of the country at any cost. They did not care for their lives at all. They kept moving on the line of duty and we all witnessed how they returned victorious, the PM also said.

The operation commenced at 12.30 am and was completed by 4.30 am. At the end of it, there was a sigh of relief and amidst hand shakes, officials said, “Yes our boys did it.”

The National Security Advisor, Ajit Doval and the Director-General of Military Operations, Lt General Ranbir Singh monitored the situation all through and the feed of the operation was also shown to Prime Minister Narendra Modi. An official informed that although the top officials were confident of a successful operation, there was still palpable tension. This was a high profile operation and the success had to be 100 percent. Further, the other worry was about the casualties on the Indian side. The official noted that India did not want any casualties. After the operation was completed, officials were curious to know if any of the Indian soldiers had suffered any injuries. The answer that they got from the officer was, “Not a scratch.”

While one feed was being relayed in Delhi, the other was at Tactical Headquarters Northern Command in Udhampur, Jammu and Kashmir. The soldiers part of the operation had worn body cameras on their helmets.