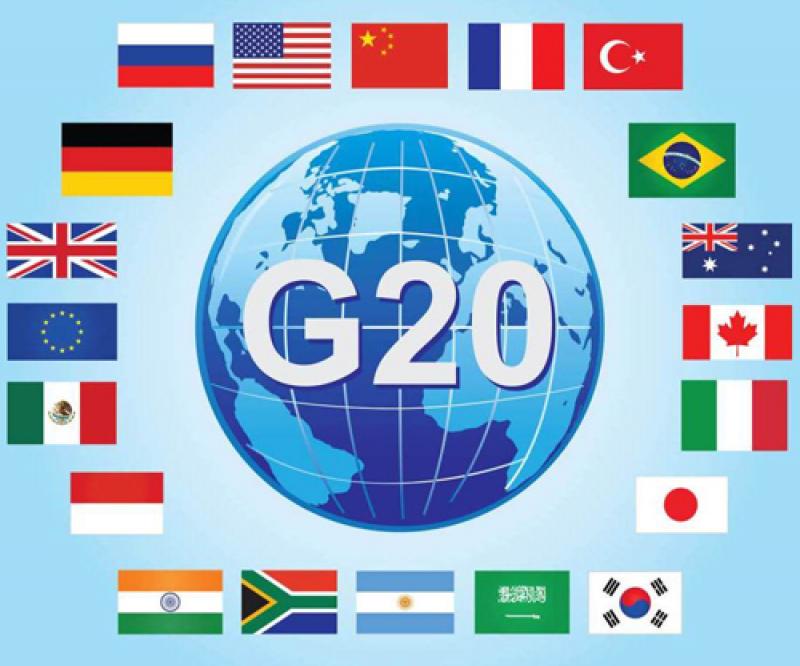 Just three years ago not many people could have even thought that Jammu and Kashmir would host the G-20 summit. However, the time has changed and has changed for the good. J&K known as “terror capital” of India till August 5, 2019 — when the Centre announced its decision to abrogate the so-called special status of the Himalayan region and bifurcated it into two Union Territories — has emerged as the tourism capital of India.

Tourists from across the world have visited J&K during the past two and a half years and their number is swelling with each passing day. Peace returning to the erstwhile princely state has done wonders. The Centre’s decision to “bite the bullet” and merge J&K completely with the Union of India broke the ice.

Encouraged by the tourist footfall and international business houses showing keen interest to invest in J&K, the Government of India has decided to hold the G-20 summit in the Union Territory.

The G-20 is a politico-economic alliance comprising 19 countries, including the S, Canada, the UK, Germany, France, Russia, China, India, Japan and the European Union. Other member nations include Argentina, Australia, Brazil, Indonesia, Italy, Mexico, Saudi Arabia, South Africa, South Korea and Turkey. Its summits are also attended by representatives of the International Monetary Fund (IMF) and the World Bank (WB). Earlier, in November 2020, G-20 leaders had announced in Riyadh, Saudi Arabia, that India would host the summit of the high-profile grouping in 2023 with the delay of one year due to the Covid-19 pandemic.

The J&K government has constituted a 5-member committee of bureaucrats under Principal Secretary Housing & Urban Development Dheeraj Gupta for overall coordination of G-20 meetings to be held in the Union Territory. The process to host the high profile summit has commenced. The G-20 will be the first major international summit to be held in J&K in the past three and a half decades.

Message is loud and clear

By choosing J&K as the venue for G-20 summit the Government of India has sent a clear message to the international community that normalcy has returned to the Himalayan region and Pakistan sponsored terrorism is on its last legs. The peace has opened up J&K to the world. The Union Territory is fast turning into one of the most developed regions in the world.

After the abrogation of Article 370 — temporary provision in the Constitution of India — Kashmir has not witnessed any shutdowns, street protests and stone-pelting incidents. A common man in J&K has heaved a sigh of relief as there have been no disruptions in his life. The elements inimical to peace have been taken care of as their entire ecosystem has been shattered. They have been left with no resources to orchestrate street protests and force people to shut their shops. The strikes and violence have become history.

People have realized that the ones who used to sponsor shutdowns, protests and processions and violence on streets were the biggest enemies of Kashmiris. They don’t want the painful era of violence to return. But there are still a few miscreants left who are creating hurdles in the way of peace at the behest of Pakistan.

A common man in J&K needs to understand that peace is a prerequisite for development. He has to realize that the terrorists and their supporters have to be isolated for J&K to reach the new heights.

New Delhi has once again proven its sincerity towards the people of the Himalayan region by announcing that the G-20 summit would be held in J&K. It’s an honour for the J&K natives as their land would host such an important international meet which will be attended by the representatives of the most powerful countries in the world.

Jammu and Kashmir gearing up to host the G-20 meet has led to Pakistan reacting sharply. At first place, Pakistan is not a part of the G-20 group as it’s a poor country and secondly its claim that the Himalayan region is a disputed territory stands punctured yet again.

After India’s August 5, 2019, decision Pakistani leaders had knocked the door of every country in the world to pressurize New Delhi to reverse its call to abrogate J&K’s special status. No nation, including Islamic countries, entertained the leaders of the neighbouring country. They made it amply clear that they cannot interfere in the internal matters of India.

Reacting to India’s move to host the G-20 summit in J&K, a spokesman of Pakistan’s foreign office stated that Jammu and Kashmir was an internationally recognised “disputed” territory between Pakistan and India and the G-20 summit cannot be held there. Pakistan’s reaction should serve as an eye-opener for such Kashmiris who still believe that Pakistan is their well wisher. Had Pakistan been the friend of Kashmiris it would not have turned them into cannon-fodder, nor would it have opposed the development and prosperity of J&K.

The foreign office spokesman stated: “Contemplating the holding of any G-20-related meeting or event in J&K, in utter disregard of the globally acknowledged disputed status of the territory, is a travesty that the international community cannot accept under any circumstances.”

He urged the G-20 members to reject the idea of holding the summit in J&K. However, none of the member countries reacted to the statement issued by Pakistan’s foreign office thus driving home a point that no one takes Pakistan seriously and considers it as a failed state that has no credibility.

During the past two years, J&K has received business proposals worth thousands of crores from the foreign investors. It had never happened in the past 70-years.

UAE turns its back towards Pak

The foreign investments have already started pouring into J&K and the UAE has emerged as a major partner in the development of Union Territory. Dubai making an entry into J&K for the first time in the past seven decades is an indication that the world has recognized the pace with which J&K is traversing on the development bandwagon. Pakistan always used to count on UAE but it has turned its back towards Pakistan and are ignoring it as no developed country in the world would like to support a nation that has turned into a breeding ground for terrorists.

The Muslim countries by endorsing India’s stand have sent a strong message to Pakistan that they have no second thoughts about J&K being an integral part of India.