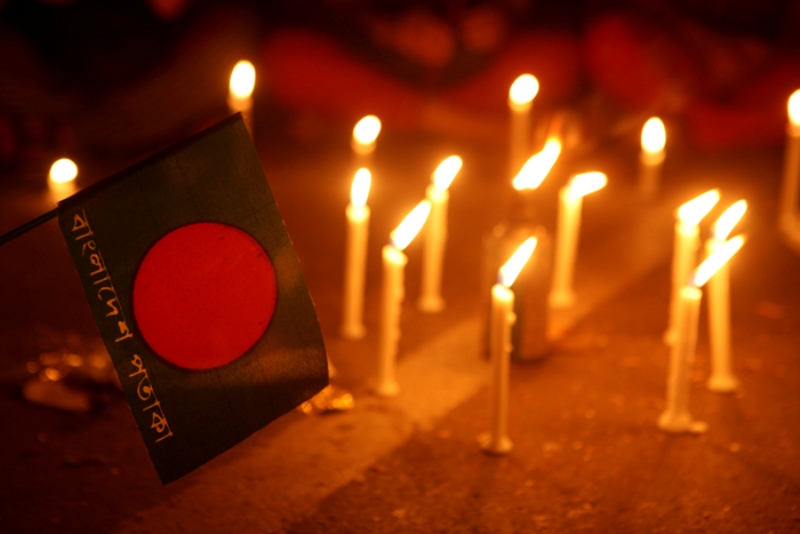 Genocide Watch, a US-based organisation that campaigns against all forms of mass murder, has recognised the crimes committed by the Pakistani forces during Bangladeshs Liberation War in 1971 as genocide, bdnews24 reported.

“Genocide Watch recognizes the crimes committed by the Military Forces of Pakistan against the Bengali population in Bangladesh in 1971 as genocide, crimes against humanity and war crimes,” the organisation said in the declaration on Thursday in commemoration of 50 years of the genocide.

The Washington D.C.-based NGO works to predict, prevent, stop, and punish genocide and other forms of mass murder.

“These crimes by the Pakistani Military Forces constituted the crimes against humanity of murder, extermination, deportation or forcible transfer of population, imprisonment or other severe deprivation of physical liberty, torture, rape, sexual violence, persecution, enforced disappearance of persons, and other inhumane acts,” the declaration states.

“Strong evidence supports the conclusion that the crimes committed against the Bengalis of East Pakistan during 1971 were widespread and systematic and carried out by the Pakistani Army, other militia forces (Razakars, Al Badr, Al Shams etc.), and pan-Islamic political forces (including Jamat e Islam, Nezam e Islam and the Muslim League).

“Conclusive research by internationally recognized genocide experts indicates that the nature, scale and organization of the Pakistani Military operations demonstrates planning and intentional design by the Pakistani junta leadership and military command to destroy a substantial part of the Bengali ethnic and national group and a substantial part of the Bengali Hindu religious group,” the report said.

Gregory Stanton, an expert in genocide studies and founder of Genocide Watch, called upon the UN General Assembly to adopt a resolution recognising the 1971 genocide in Bangladesh.

He urged the member states of the United Nations, especially the US, the UK, and Pakistan, to recognise the crimes committed by Pakistani Military Forces in Bangladesh as genocide, crimes against humanity, and war crimes.

The declaration also urged member states of the UN to take necessary measures to recognise these crimes in appropriate fora, and to charge surviving leaders of this genocide in national courts with universal jurisdiction.

It called for proper reparations for these crimes from Pakistan to Bangladesh.

“This international recognition of the genocide during Bangladesh’s Liberation War is a great achievement for us. I am really proud to be involved with this,” he told bdnews24.com.

He believes the declaration by Genocide Watch has taken Bangladesh one step forward on the way to get global recognition of the 1971 crimes against humanity.

His application had earned Bangladesh a similar recognition from US-based Lemkin Institute for Genocide Prevention in January. It recognised the brutal slaughter of Bangladeshis by the Pakistani occupation forces in 1971 as a “genocide”, the report said.