Get Set for G20 Presidency 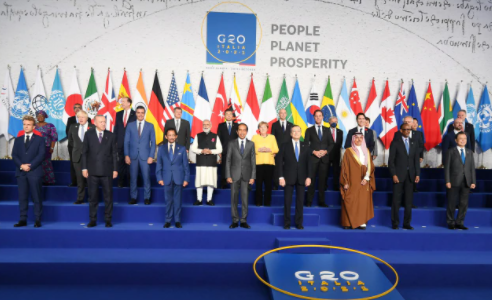 India has set the tone for taking over the reins of the powerful G20 Presidency, with the Union Cabinet led by Prime Minister Narendra Modi giving a green signal for setting up of a G20 Secretariat and its reporting structure. The Secretariat will be responsible for the implementation of overall policy decisions and arrangements needed for steering India’s forthcoming G20 Presidency.

The G20 Secretariat, according to an official release, was established to handle work relating to substantive/knowledge/content, technical, media, security, and logistical aspects of India’s G20 Presidency.

“It will be manned by officers and staff from the Ministry of External Affairs, Ministry of Finance, and other relevant line Ministries / Departments and domain knowledge experts. The Secretariat will be functional till February 2024,” the official release stated.

Set up in the year 1999, to discuss global economic and financial issues, after the Asian financial crisis that wreaked havoc on economies in the region and led to spill-over effect, over the years G20 becomes a premier forum for international economic cooperation that plays a crucial role in global economic governance.

India for the first time is set to host the G20 Summit (in the year 2023) during their Presidency tenure which will start from 01 December 2022 to 30 November 2023. According to the Ministry of External Affairs, G20 members currently account for more than 80% of world GDP, 75% of global trade, and 60% of the global population.

India is currently working closely with Indonesia and Italy (a part of Troika Group)- the current, previous and incoming G20 Presidencies, to ensure consistency and continuity of the G20’s agenda.

India is all set to host the G20 Presidency at the time when the country is celebrating 75 years of its Independence, which marks another major milestone for the country. India being a founding member of G20 since its inception in 1999 emerged as a crucial partner for proposing new ideas and finding solutions for crucial issues.

While highlighting India’s COVID-19 Vaccination journey in Italy, PM Modi sheds light on how India sets the new standard of diplomacy during the COVID-19 pandemic, particularly in the medical diplomacy field that covered at least 150 countries.

During the summit, PM Modi also invited the G20 partners for supply chain diversification and global recovery from pandemic.

In line with India’s consistent track record of commitment as it is striking to take over the G20 Presidency, hope and expectation are on rise from India in promoting reformed multilateral cooperation in fields of climate change, global diplomacy, and technological innovation.

Also, India’s prowess in managing global economic challenges paves the way for itself to take a center stage at the world’s second-largest club.