Half of Afghanistan’s population is facing ‘tsunami of hunger’: Report 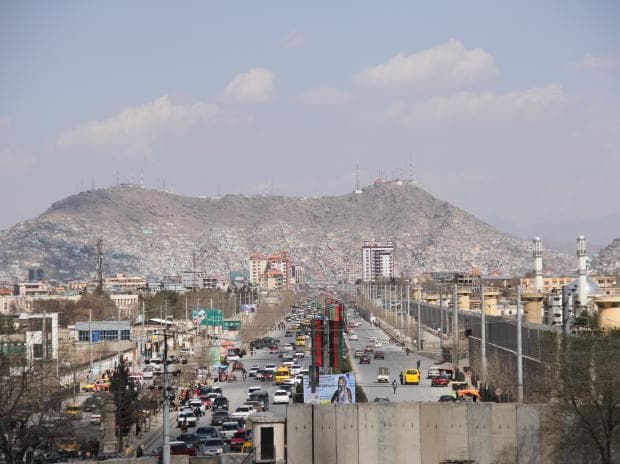 Afghanistan is under deep humanitarian crisis and over 50 per cent of Afghan’s are facing a “tsunami of hunger,” the Special Inspector General for Afghanistan Reconstruction (SIGAR) reported, citing numbers from UN World Food Programme.

SIGAR released its fifty-fourth quarterly report to the US Congress examining the USD 145.87 billion reconstruction effort in Afghanistan.

“22.8 million Afghans will be at potentially life-threatening levels of hunger this winter, 8.7 million of whom will face near-famine conditions,” said the report from Integrated Food Security Phase Classification. “WHO and WFP estimate that 3.2 million Afghan children under age five will suffer from acute malnutrition this winter, with one million at risk of dying.”

SIGAR’s cited the United Nations Development Programme (UNDP) report released in September that said that up to 97 per cent of Afghanistan’s population was at risk of slipping below the poverty line by mid-2022 as a result of the worsening political and economic crises, reported Tolo News.

The United States remains the single largest humanitarian aid donor to Afghanistan, according to SIGAR.

“As of January 2022, the United States was providing USD 782 million in humanitarian aid in Afghanistan and for Afghan refugees in the region,” added the report.

SIGAR’s report cites the UN Office on Drugs and Crime that Afghanistan’s statement that opiate production in 2021 was the third highest recorded since surveying began in 1994, reported Tolo News.

“The UNODC report said the gross output of the Afghan opiate economy was between USD 1.8 billion and USD 2.7 billion in 2021, comprising the equivalent of 9-14 per cent of Afghanistan’s GDP, exceeding the value of all of Afghanistan’s officially recorded licit exports for 2020,” SIGAR said.

Meanwhile, the Taliban on December 3 had announced that they were banning forced marriages in Afghanistan, SIGAR said, “declaring that women must give consent to be married.”

“The declaration comes amid numerous reports of Afghan parents selling their daughters to feed the rest of their families as starvation grips the country this winter,” the report added.

The SIGAR report highlighted the UNDP’s findings, saying that restrictions on women’s employment could immediately cost the Afghan economy USD 1 billion, resulting in the country’s GDP dropping by another 5 per cent, reported Tolo News.

“Women made up over 20 per cent of Afghanistan’s workforce before the Taliban takeover,” the report added.