Harappan culture uncovered in all seven mounds in recent excavation 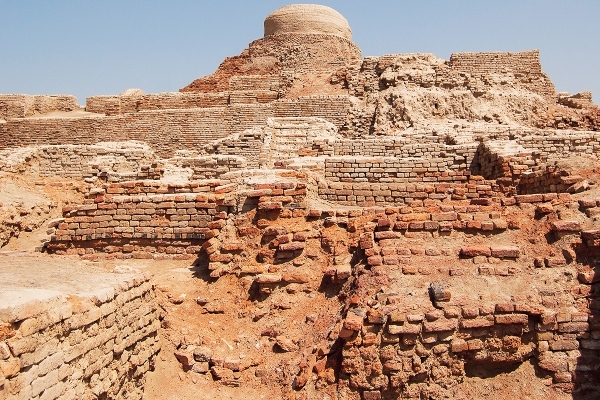 The Archaeological Survey of India (ASI) recently discovered a drainage system, wide roads, multi-tier houses, and possibly a jewelry-making unit through excavation at Rakhigarhi village in Haryana’s Hisar. The team of ASI uncovered pieces of evidence of Harappan culture in all seven mounds at the site.

The village in Hisar is one of the oldest archaeological sites of the Indus Valley Civilisation. According to Union Culture Minister G Kishan Reddy, the mounds number 6 and 7 at Rakhigarhi were among the 19 sites identified by the ASI to be notified as “sites of national importance”.

Significance of the finding

The findings at the site are of great significance. Rakhigarhi archaeological site is believed to be the largest surviving Harappan site, leaving behind Mohenjodaro. In 2013, the second round of excavations began and it was suggested that the site could be the largest surviving Harappan site. Similar excavations have happened before and this is the 3rd phase.

While earlier excavations suggest population settlement, a planned township, houses made up of mud-brick, burnt-brick with a proper drainage system. The current excavation is evidence of Harappan culture. Further, a space that could have been a jewelry-making unit, the excavations at the site uncovered the framework of multi-tier houses, lanes, and a drainage system. Moreover, most of the evidence and artefacts found so far are nearly 5,000 years old.

The excavation also indicates the existence of a well-planned Harappan city. Three of the seven mounds have yielded copper and gold jewelry, terracotta toys, and thousands of clay pots and seals. In addition to that, graveyards have also been discovered at the excavation site.