‘Have Faith US Will Defend Island’: Taiwan’s President Amid China Threat 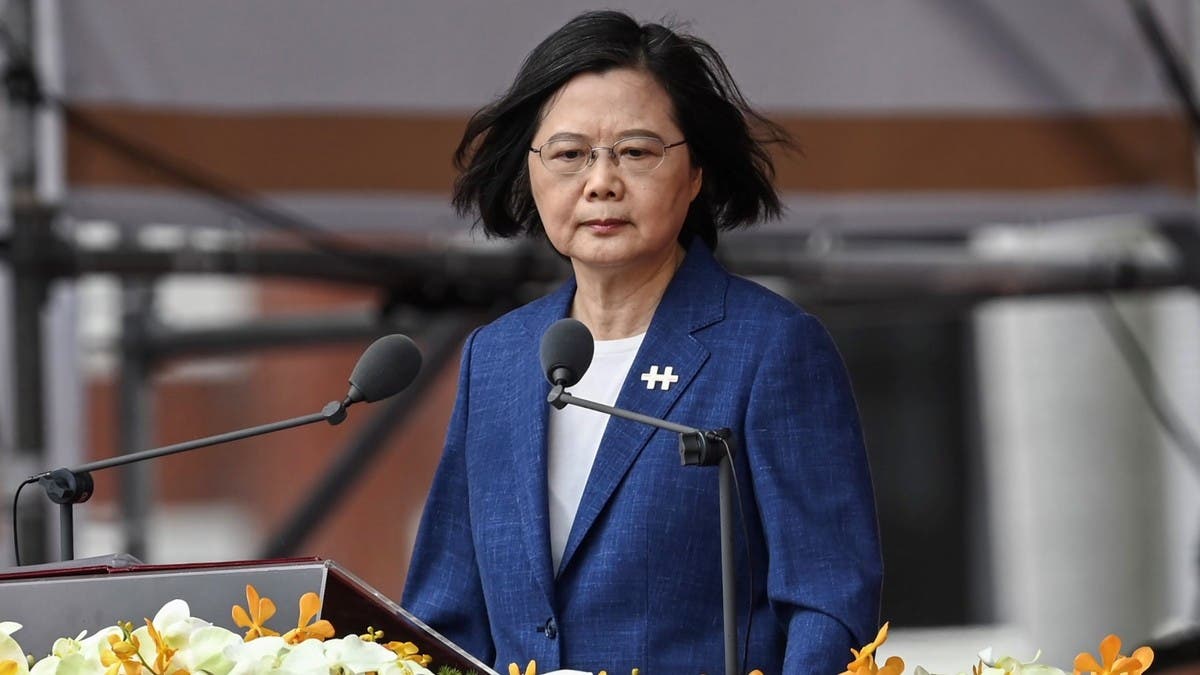 Taiwan’s president says she has “faith” the United States would defend the island against a Chinese attack, as Beijing and Washington trade barbs over Taipei’s place on the global stage.

Tsai Ing-wen also confirmed for the first time that US troops were training Taiwanese forces on the island in an interview with CNN broadcast Wednesday — an initiative first confirmed to AFP by a Pentagon official earlier this month.

The comments from Tsai came after US President Joe Biden rebuked Beijing over its actions near Taiwan at a virtual East Asia summit attended by China’s premier.

The two world powers had already faced off over Taiwan’s involvement with the United Nations, with Washington saying it should be better integrated into the world body for “pragmatic” purposes — and Beijing saying it has no right to join.

The latest statements by Beijing, Washington and Taipei add to an escalation of diplomatic rhetoric and military posturing over the self-governing island of 23 million people.

China considers Taiwan — where nationalist forces fled in 1949 after losing a civil war to the communists — to be a province awaiting reunification, by force if necessary.

In the interview with CNN that was conducted on Tuesday, when asked if she was confident that the United States would help defend Taiwan if necessary against China, Tsai replied: “I do have faith.”

She highlighted the “wide range of cooperation with the US aiming at increasing our defense capability,” including the US military training of Taiwanese forces.

China is regularly setting records with its numerous warplane flights near the island.

At the East Asia summit, attended by Chinese Premier Li Keqiang, Biden said the United States was “deeply concerned by China’s coercive and proactive actions… across the Taiwan Strait.”

Such actions “threaten regional peace and stability,” Biden told the closed-door session, according to a recording of his remarks obtained by AFP.

Biden last week told a televised forum that the United States was ready to defend Taiwan from any Chinese invasion.

Those comments were quickly walked back by the White House amid warnings from Beijing, continuing a strategy of ambiguity on whether it would intervene militarily if China attacked.

Tsai told CNN that despite China’s aggressive posturing, she is willing to meet with Chinese President Xi Jinping in order to “reduce misunderstanding” and address the differences in their political systems.

“We can sit down and talk about our differences, and try to make arrangements so that we will be able to co-exist peacefully,” she said.

The United States switched diplomatic recognition in 1979 to Beijing.

But the US Congress at the same time approved the Taiwan Relations Act, which obligated the supply of weapons to the island for its self-defense.

US Secretary of State Antony Blinken on Tuesday reiterated that the United States still recognized only Beijing, but he emphasized Taiwan’s democratic credentials in asking that it be allowed a greater involvement in UN agencies.

“Taiwan has become a democratic success story,” Blinken said. “We are among the many UN member states who view Taiwan as a valued partner and trusted friend.”

“Taiwan’s meaningful participation in the UN system is not a political issue, but a pragmatic one,” Blinken said.

“That is why we encourage all UN member states to join us in supporting Taiwan’s robust, meaningful participation throughout the UN system and in the international community.”

Blinken pointed to Taiwan’s exclusion from meetings associated with the International Civil Aviation Organization and the World Health Organization.

He noted that Taiwan was hailed for its “world-class” response to Covid-19 — which largely spared the island after early intervention — and that tens of millions of passengers go through Taiwanese airports each year.

China responded to Blinken’s statement with strident, albeit familiar, statements emphasizing its position that Taiwan’s government had no place on the world’s diplomatic stage.

“Taiwan has no right to join the United Nations,” Ma Xiaoguang, spokesman for the Taiwan Affairs Office in Beijing, told reporters.