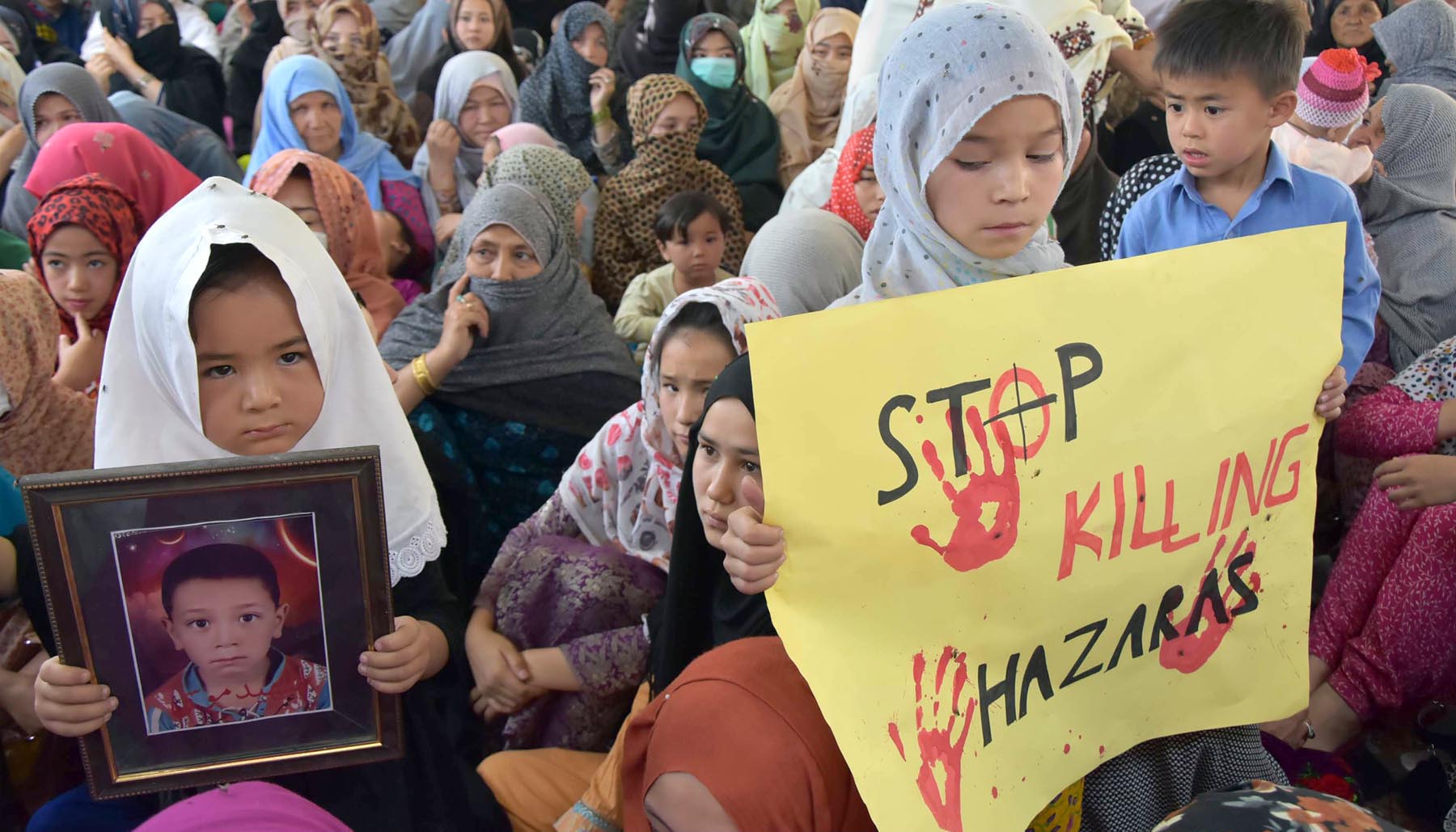 On both sides of the border between Pakistan and Afghanistan, members of the Hazara minority, who practice Shia Islam, have become a prime target for various Sunni terrorist groups such as the Taliban and Islamic State group. In southwestern Pakistan, the Hazaras live in ethnic ghettos. Little information filters out from this highly unstable region, which is off-limits to foreigners. Over on the Afghan side, the Hazaras are also targeted by jihadist groups and those who can afford it now ensure their own security.

Hundreds of mourners in Pakistan protested Wednesday for a fourth day alongside the bodies of miners killed in a brutal attack claimed by the Islamic State group, as officials urged them to bury their dead.

Up to 2,500 people from the minority Shiite Hazara community have since Sunday blocked a road on the outskirts of Quetta, capital of oil and gas-rich Balochistan province, demanding better protection.

There were also protests in the port city of Karachi.

Ten miners were kidnapped by gunmen from a remote colliery before being taken to nearby hills where most were shot dead.

Some were beheaded, said officials who did not want to be named.

The community’s refusal to bury the bodies is symbolic in Muslim-majority Pakistan, where according to Islamic culture people should be buried within 24 hours, before the next sunset.

“This is systematic ethnic cleansing of Hazaras in Balochistan and our security forces are behaving like lame ducks, doing nothing,” said Zainab Ahman, an activist among the mourners.

Ethnic Hazaras make up most of the Shiite population in Quetta, the capital of Balochistan — the country’s largest and poorest region, rife with ethnic, sectarian and separatist insurgencies.

Their Central Asian features make them easy targets for Sunni militants who consider them heretics.

Two ministers, representing Prime Minister Imran Khan, flew to Quetta on Wednesday to try to convince the mourners to end the protest.

Khan tweeted that the government was taking steps to prevent such attacks, but gave no details.

“Please bury your loved ones so their souls find peace,” he added.

Two of the miners were Afghans and their bodies returned home for burial, a local security official told AFP.

The attack was claimed by Sunni extremist group IS, according to SITE Intelligence, which monitors jihadist activities worldwide.

IS is affiliated with the local militant group Lashkar-e-Jhangvi, which itself had links to Pakistan’s Taliban.

Pakistani officials have long denied the presence of IS in the country, but the group has claimed a number of attacks including a bombing at a vegetable market in 2019.