Hello Kashmir: The Valley is seeing a tourism boom 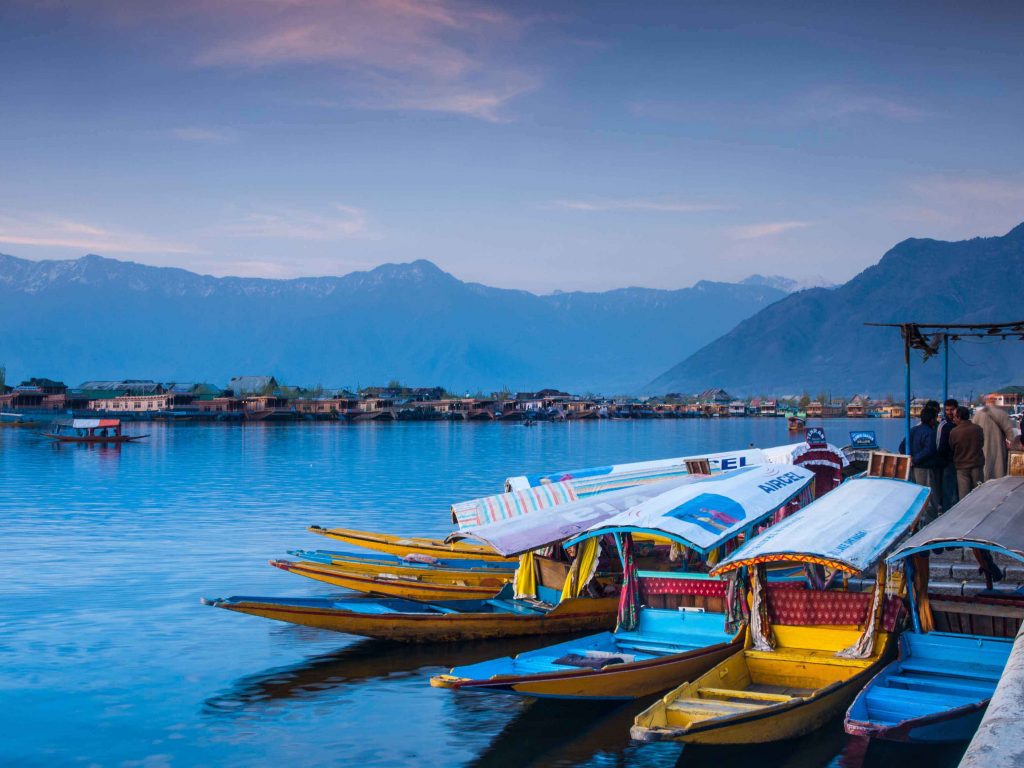 LONG queues of tourists at the Srinagar airport, overcrowded eateries, families waiting for their turn at the shikara boarding points of Dal Lake, couples posing in traditional attire at Nishat Bagh, bustling markets, fully occupied hotels — Kashmir is back in the tourism big league, with a bang. Last month, the Valley welcomed nearly 2.8 lakh tourists, the highest for April in three decades, say officials, who are anticipating the rush to continue through the year. The first week of May alone saw an inflow of 33,000 tourists.

Even last year, when the entire country was in the grip of tight Covid restrictions, Kashmir continued to receive tourists, mainly youth, who either had got the vaccine jabs or were open to the mandatory quarantine before moving to their destinations — for trekking and other adventure tourism trips. “The fillip in adventure tourism sent a positive word across India and we followed it up with an aggressive promotional campaign,” says Deputy Director of Tourism Ahsanul Haq.

Official data reveals that 6.6 lakh tourists visited Kashmir last year, bringing the hotel industry back to life after it remained shut in the wake of abrogation of Article 370 in August 2019, followed by the pandemic. The tourist footfall for 2020 was a mere 41,000.

All top hotels in Kashmir are booked till June and Gondola, Asia’s largest and highest cable car in ski-resort Gulmarg, up to May 18.

Officials attribute the tourism boom to effective Covid management, aggressive campaigning across India, and support from the country’s tour and travel agencies.

In pre-Covid days, Kerala led Kashmir by a mile as the premier tourist destination in India. The pandemic devastated tourism in the coastal state, and it didn’t recover until late December 2021, providing a window to the J&K administration to attract tourists to the Valley.

In September last year, when several states started lifting the Covid restrictions, the Jammu and Kashmir tourism officials carried out aggressive promotion in all small and big cities.

Leading Bollywood production houses and filmmakers were tapped to revive their connection with Jammu and Kashmir. In September, the authorities also launched a film policy to provide a single-window mechanism for shooting movies, listing various incentives for producers. A generous provision was a special grant of half the cost of production for any film based on J&K or Rs 5 crore, whichever is less.

Similarly, an exhaustive provision of subsidies for TV shows, web series, original shows on the OTT platform, and documentary films to be shot in J&K was spelled out in the policy. Films based on patriotic, child and women development themes, too, came within the ambit of subsidies of up to Rs 50 lakh.

It was a well thought out plan to reach out to tourism players across India before the country opens up post-Covid. We went to almost all the major cities to seek the support of stakeholders,” says Haq.

Some tourists say they barely heard bad news about Covid management in Kashmir and for others, the abrogation of Article 370 induced confidence.

Visiting Kashmir after 40 years, MV Nair, a retired bureaucrat from Kerala, says earlier he had the impression that it was a risky place and hostile. “That fear has gone. I found Kashmir to be a safe tourist destination and I pray it moves towards permanent peace,” he adds. During his week-long stay, he recalls meeting a local family who offered him lunch. “They invited us home and we had an amazing wazwan there. Can you see this happening anywhere else in India?” Nair asks. A lot has changed, he says, “but infrastructure needs to be improved”.

Taking into account the tourist rush and interest, 75 new destinations have been opened to diversify the choice for tourists. The claim is backed by figures as thousands of tourists are rushing to Bungus, Lolab and Gurez in north Kashmir and Dodipathri in central Kashmir’s Budgam district.

The uptick in economic activity has been a godsend for many, but the local tour operators are upset as there are no hotel rooms available till June, resulting in a price hike of around 200 per cent. “The online travel sites have blocked all the rooms in top hotels. Our agents in different cities are seeking rooms and we are not able to help,” says tour operator Sajad Ahmad.

“We are all suffering due to the unethical overpricing at hotels, non-availability of rooms, and the nexus between local hoteliers and online travel companies. The government has to regulate the tariffs or this will seriously damage us in future,” says a spokesperson of the United Tourism Forum, Farooq Kathu. Non-local travel agencies and online companies have grabbed 90 per cent of the inventories, he claims, leading to the blocking of hotel rooms till June 20.