How and why UAE is becoming dangerous 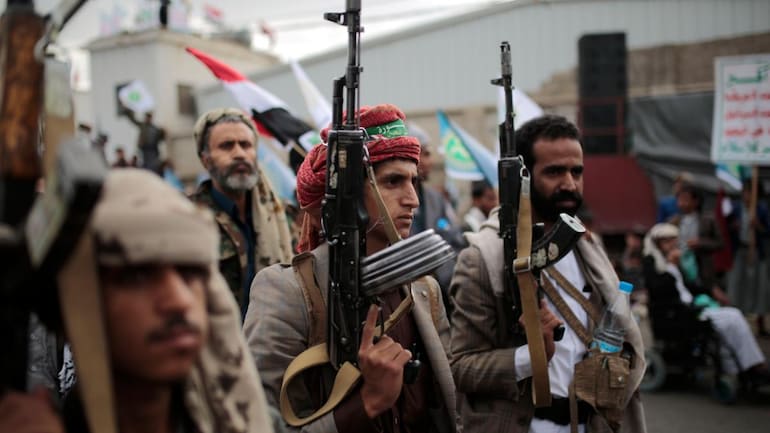 Aship captured in the Red Sea, drone attacks on Saudi Arabian cities, ballistic missiles aimed at Abu Dhabi, air raids on Saana, and dead Indians thousands of kilometres from home — another proxy war has intensified in the Arabian Peninsula as regional differences spill out of conflict zones.

The actual war is in Yemen where, since 2004, the rebel Houthis, who are Zaydi Shiite backed by Iran, are fighting the Sunni majority government, recognised by India and the international community. In 2014, the Houthis took control of the capital city of Saana and moved towards Aden — the largest city and commercial hub of Yemen. In response, Saudi Arabia led an Arab coalition, with the UAE as a major partner, to launch an armed intervention against the Houthi rebels.

In 2019, the UAE withdrew most of its boots on the ground, limiting its involvement to training and supporting pro-government forces in Yemen. These very same forces, in the last few months, have seen major military gains over Houthi forces. The attacks on the UAE by the Houthis are being seen as pressure tactics to further force the UAE out of the equation.ADVERTISEMENT

The January 17 drone and missile attack on Abu Dhabi, more than 1,000 kilometres away, killed 3 and caused significant damage, displaying the growing sophistication of Houthi arms. In 2019, the Houthis carried out drone attacks on Saudi oil installations, severely impacting its crude oil output capacity.

In January 2022, two ballistic missiles fired by the Houthis, targeting the UAE, were shot down before they could do any harm. But harm has been done and a certain amount of ‘success’ achieved by the Houthis in their objective to hit the UAE where it hurts the most — in business.

Over the years, the UAE has built its reputation as a safe business destination, becoming one of the major hubs of international commerce and attracting hundreds of thousands of expatriate workers and billions of dollars of finance and investment. Dubai has one of the busiest airports in the world and 80% of the population in the UAE are non-citizens who live and work in the Emirates.

The UAE invested heavily in organising the ongoing World Expo 2020 in Dubai. It was aimed at breathing new life into its economy and attracting tourists in a post-pandemic world. If the Houthi attacks continue, the UAE’s plans to further fast track its economy would be severely jeopardised.

In January 2022, the Houthis seized a UAE-flagged tanker in the Red Sea and launched drone and missile attacks against the UAE and Saudi Arabia. The official news agency of Yemen, SABA, reported that Yemen’s Prime Minister accused the Houthi militia of allowing Iran to use Yemen as a base for attacking other countries. The coalition backing the Yemeni government retaliated with air raids on Saana, the capital of Yemen, which is in the control of the Houthis. More than 80 people, including children, died in the attack and over 250 were seriously injured.

According to aid agencies, the situation in Yemen has grown into one of the largest humanitarian crises in the world with four million people internally displaced and 24 million in need of humanitarian aid. The civilian casualties have been mounting in Yemen. According to a December 2020 estimate by the United Nations, over 1,00,000 people died in the war with an additional 1,33,000 deaths indirectly attributed to the war. The UN has also warned of the crisis worsening in 2022 with aid and funding starting to dry up.

The UAE has urged the US to help to re-designate the Houthis as a terrorist organisation, a move opposed by aid agencies that fear the worsening of the humanitarian crisis as it will make it more difficult for aid to reach the needy.ADVERTISEMENT

In 2021, the ‘terrorist’ tag was removed when the US, to facilitate a rapprochement between the opposing sides, had officially also ended its support for the Saudi-led coalition. But with the diplomatic moves seeming to have failed, the Joe Biden administration is now believed to be rethinking its position.

The safety tag of the UAE, particularly of Dubai, remains of the utmost importance for Indians. According to the Embassy of India in Abu Dhabi, Indians living in the UAE number around 3.5 million, making up nearly 40% of the total population of the Emirates. This does not account for the huge influx of tourists from India who make a beeline for Dubai every year. Dubai’s international airport recorded Indian passengers numbering close to two million in the first half of 2021 despite the Covid-19 travel restrictions.