How Pakistan is sponsoring social media propaganda in Kashmir 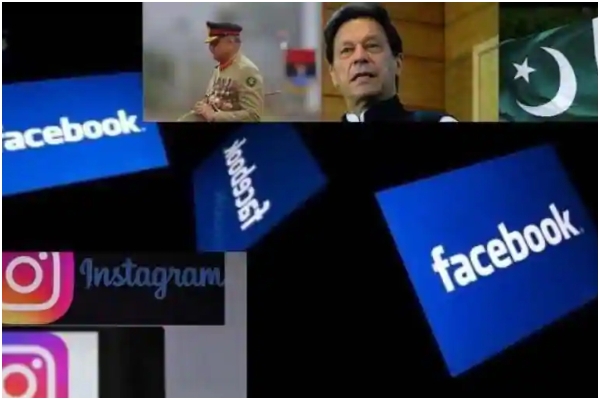 India and Pakistan armies have agreed to cease firing along the Line of Control (LoC) from midnight of February 24-25, 2021. The agreement has been reached through deliberations of the Director Generals of Military Operations (DGMO) of the two countries. “The two sides reviewed the situation along the Line of Control and all other sectors in a free, frank, and cordial atmosphere. In the interest of achieving mutually beneficial and sustainable peace along the borders, the two DGMOs agreed to address each other’s core issues and concerns which have the propensity to disturb peace and lead to violence,” says a joint statement released by the DGMO offices of the two nations.

This development has been viewed with a fair degree of positivity by the people of the two countries and also the international community that wishes to see improving relations, especially so in the wake of the global strain being caused by the COVID-19 pandemic. This however is simply one part of the story. Pakistan has a bigger game plan in place to destabilise Kashmir thorough propaganda.

While the people of Kashmir are very happy with the new environment of freedom and peace, the anti-national and anti-social elements that are active in the region under the payroll of Pakistan’s Inter Services Intelligence (ISI) are not ready to give up on their evil agenda . These paid stooges are now using technology to get their Pakistan-sponsored propaganda across. They have created pseudo organisations that upload hate filled propagandist content on all social media platforms. Well thought out themes aimed at creating a divide in society by giving impetus to distrust and fear are being pushed in.

Every progressive initiative taken by the UT government of Jammu & Kashmir is being subjected to criticism and being projected as an evil design to snatch away the identity of the people. An example to effect is the provision of domicile certificates that has been initiated to extend justice to certain categories of people like West Pakistan Refugees, Valmiki Somo}  etc. who have been denied an identity within the state for decades. By this initiative the government is giving domicile to deserving people; it is not taking away domicile from those who are treacly residents of the UT, so there is nothing to worry about. Yet, seeds of doubt are being sown in the minds of the innocent people of Kashmir.

It is further being said by these evil propagandists that the social organisation, Rashtriya Swayamseva k Sangh (RSS), is planning to induct eighteen lakh people in the UT with the intention of changing the demographic pattern. RSS is a pan-India social welfare organisation with an international footprint. It has many education institutions and other social organisations that extend facilities without thought of religion and caste. There are many children of Muslims; Sikhs etc. studying in RSS run schools. They are never told to convert or anything of that sort. The fact is that RSS will not work towards settling even one person in Kashmir if he/she does not wish to, let alone eighteen lakh. The organisation is being demonised by the evil lobbies with a vested interest. They wish to create fear and earn political capital from the fear.

Demographic pattern in Kashmir that has a population of more than 5 million with a vast majority of a particular community will require 5 million or more people of another community to be settled there, which is impossible. Hence, anyone saying that demography can be changed is spreading misinformation and canards. The attempt of divisive forces towards creating a social schism should be summarily rejected.

The UT government is attempting to open up as many job opportunities as possible for the youth within Jammu Kashmir and in the rest of the country too. This positive step is being misconstrued as an attempt to marginalise Kashmiris in favour of other communities. There cannot be a more blatant lie than this. All of India is aware about the suffering of the Kashmiri people clue to Pakistan-sponsored terrorism and every Indian citizen is willing to help Kashmiri fellow citizens in every possible manner. It is for this reason that many Kashmiris are running successful businesses across India; they are studying in prestigious institutions and getting jobs in prestigious government and private sectors. The jobs sponsored by the UT government are for all residents of JK regardless of caste, creed or regional affiliation. Already many Kashmir Muslims have benefited from the new schemes and continue to do so. In fact, many initiatives like SEE (J&K), Super-SO etc. are giving a bigger thrust to Kashmir.

Political freedom is another aspect on which a lot of hue and cry is being created. It is being said that the leaders of Kashmir are not being allowed a voice. This is an absolute fallacy. Leaders of Kashmir are totally free, they have joined together as PAGO and contested the DOC elections with very good results for their coalition. Democracy is flourishing in JK.

The contents of the social media posts are emanating from sources that are on the payroll of our enemies especially the ISI. They constitute an unholy, malicious and evil attempt to create fear psychosis amongst innocent people of Kashmir. The biggest targets of this malicious campaign are the lesser educated youth who are specifically targeted to facilitate recruitment in the terrorist fold. This is necessitated by the desperation of the ISI at not being able to infiltrate the required number of terrorists from Pakistan to fill up the depleting strength.

The enemies of the nation and of Kashmir, however, will not succeed since the people know what is good for them and what is not good for them. The government of India and the people of India are proud of the multicultural, multilingual and multi-caste identity of the UT of JK which is a shining example of the unity in diversity that India stands for. There is no intention anywhere of doing anything that would harm the people of Jammu & Kashmir.