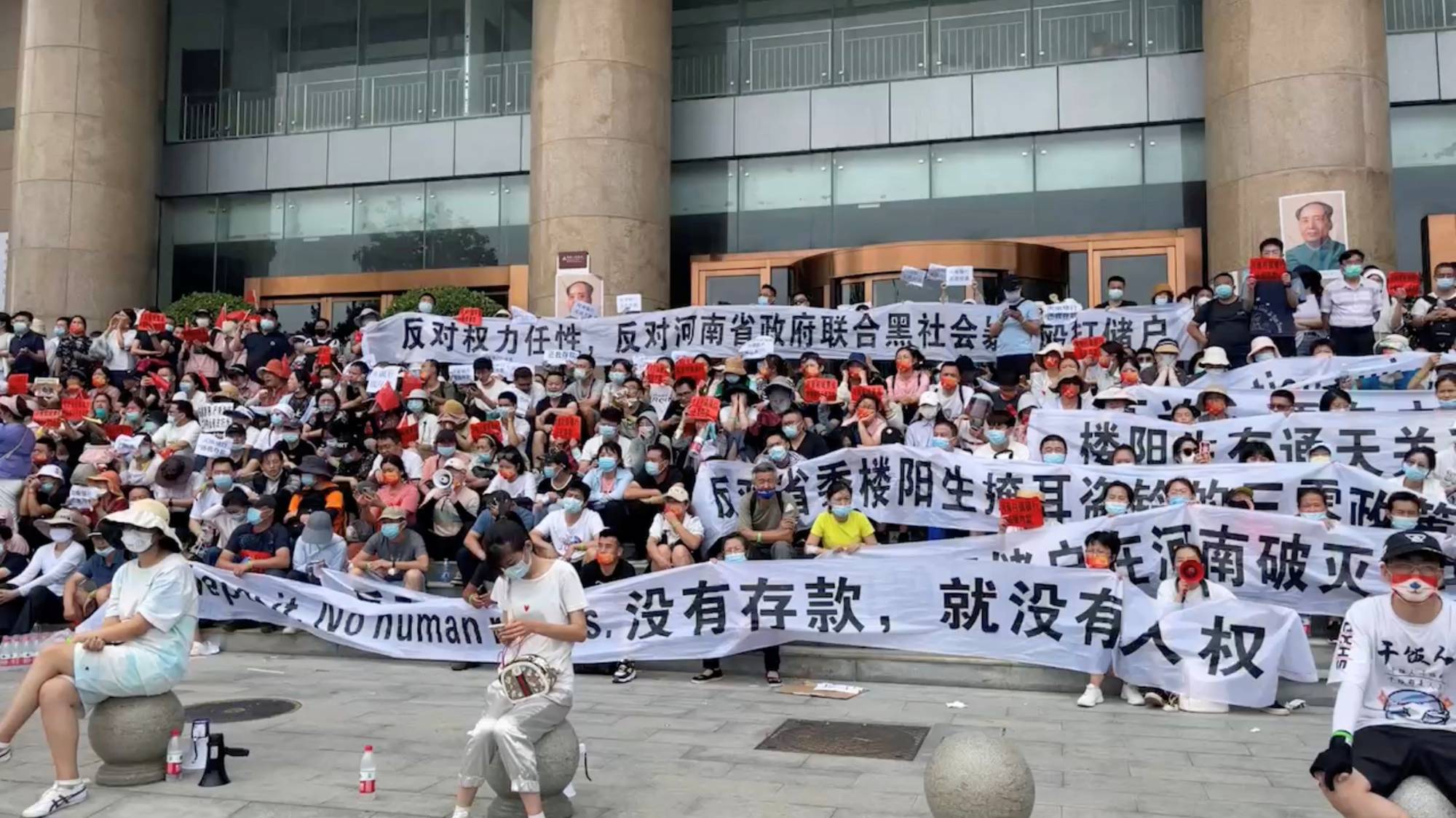 Hundreds marched Sunday in protest against alleged corruption by local officials in the central Chinese city of Zhengzhou, multiple sources said, in a rare public demonstration in the tightly-controlled country.

Hit hard by the country’s economic slowdown, four banks in Henan province have since mid-April frozen all cash withdrawals, leaving thousands of small savers without funds and sparking sporadic demonstrations.

Sunday saw some of the largest protests yet, with several hundred people rallying in front of a branch of the People’s Bank of China in the Henan capital Zhengzhou, according to multiple witnesses who declined to be named.

Images circulating on social media showed banners denouncing “the corruption and violence of the Henan authorities”.

Protesters were “hit, wounded and were bleeding from the head. Disabled people were also violently beaten,” one participant said, estimating the number of demonstrators to have been “several thousand”.

Local authorities in Henan did not immediately comment on the protests.

The health pass has become a ubiquitous part of life in China under Beijing’s strict “COVID zero” strategy, and is required to access the vast majority of buildings, shopping centers, public places and also certain public transport.

While most accept use of the technology for public health purposes, some have voiced concern that it could also be used for surveillance of the population — already widespread in China.

Demonstrations are relatively rare in tightly-controlled China, where social stability is an official obsession and where opposition is swiftly repressed.

But desperate citizens do sometimes take to the streets, despite the risk of arrest and prosecution.

Analysts say that some local banks across China have found their already-precarious financial situations exacerbated by corruption.