Hurriyat ban and normalcy in Kashmir 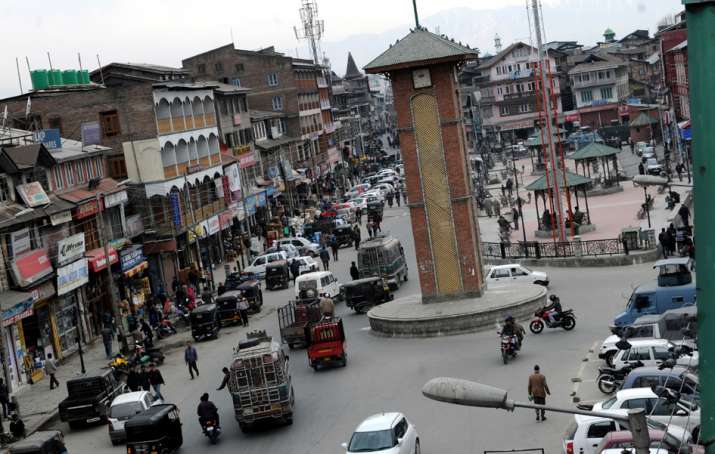 If media reports are to be believed, then it’s quite likely that in view of alleged involvement of its constituents and leaders in terror financing in Jammu & Kashmir, the central government is likely to declare Hurriyat Conference a “unlawful organisation’ under the Unlawful Activities Prevention Act (UAPA) and impose a ban on it.

The Hurriyat conference was founded in 1993, when several political, social and religious parties with differing ideologies got united due to the common separatist agenda that they all shared. Campaigning for merger of J&K with Pakistan by focusing on the commonality of religion, this newly formed conglomerate succeeded in revitalising pro-Pakistan sentiments amongst the people. Since the aim of militants was also the merger of J&K with Pakistan, the Hurriyat and militant groups in J&K complemented each other.

In a vitriolic sermon delivered in Srinagar’s historic Jamia Masjid, Late Mirwaiz Mohammad Farooq had stressed upon the people that Kashmir was a political issue and that New Delhi must shun rigidity in solving the Kashmir issue politically. However, the militant leadership, which was following the instructions of its masters, was more interested in carrying out the ‘armed struggle’ on religious lines as this suited their interests and the Hurriyat paved the way for this.

As part of their plan to coerce political parties into following the separatist agenda, militants did establish contact with several parties like Peoples Conference, Awami Action Committe, Jamat- e- islami, Muslim Conference, Ithad ul Muslimeen. However, despite threats and even targeted killing of several religious heads and political leaders, this plan didn’t succeed. Nevertheless, the killings prompted many leaders to leave Kashmir Valley.

Initially, New Delhi tried to engage with Hurriyat with the aim of using this conglomerate to convince the international community regarding the designs of militants and Pakistan. However, being the creation of Pakistan, the Hurriyat refused to support New Delhi’s narrative. Since the seven executive members of the Hurriyat were not politically mature (except Abdul Ghani Lone), they squandered a golden opportunity to become an independent identity to talk with New Delhi, and instead remained ISI’s pawn.

Hurriyat did not live up to the expectations of the people as all it did was to indulge in anti-India propaganda. Moderate Hurriyat leader Dr GM Hubbi notes that the Hurriyat lost its credibility as a pro-people party as it “failed to address the basic problems of ‘bijli, pani aur sadak’ (electricity, water and roads).”

The leaders of the mainstream parties of Kashmir, mainly the National Conference (NC) and the People’s Democratic Party (PDP) have failed to reconcile and adjust to the new reality of Kashmir. Take for instance the latest statements of PDP chief Mehbooba Mufti. A few months back, she glorified the Taliban takeover of Afghanistan and termed it as a defeat for the United States. She then gave an oblique warning to the Government of India of a similar situation erupting in Kashmir in case Article 370 is not restored. “Don’t test our patience and change your ways while you still have a chance…”

Such divisive rhetoric is not expected from someone who has been chief minister of the state. The local political leadership in Kashmir should be working on improving the condition of their political constituency within the new framework in a positive manner. However, the PDP chief said J&K had decided its fate with the India of Mahatma Gandhi, which gave Jammu and Kashmir Article 370, its own constitution and flag. While her emotions are praiseworthy, the fact is that Article 370 was incorporated in India’s constitution in 1949, a year after Mahatma Gandhi was assassinated! Furthermore, Mehbooba Mufti’s assertion “If they want to keep Jammu and Kashmir with them, they have to restore Article 370, hold dialogue with Pakistan and resolve the Kashmir issue,” may be her own view but certainly not that of the people. Her tirade is just an attempt to remain politically relevant.

It is often said that the last lap in a race is the most crucial. In Jammu and Kashmir, the last lap is presently underway and its successful culmination requires complete synergy of effort and a timely push in the right direction. The creeping stability in the region has to be converted into a permanent status of peace and prosperity. As the Hurriyat is a spent force today, so banning it may not make much of a difference as far as ushering normalcy is concerned. The odds may be heavy but definitely not insurmountable, but its achievement is possible only when the people, government and security forces remain on the same page in their fight against the disruptive foreign threat.