IAF not using Pakistan airspace to evacuate Indians from Ukraine 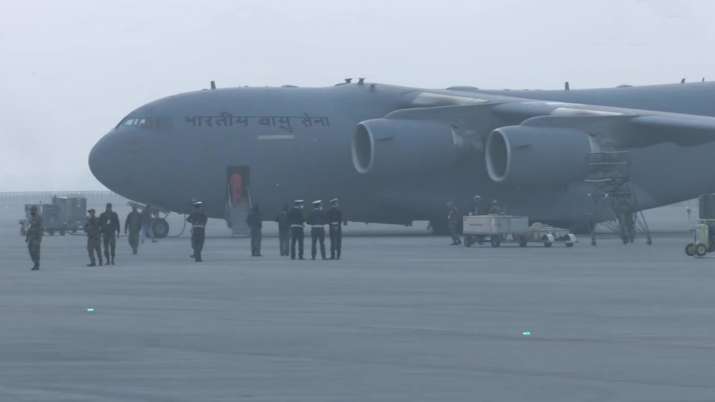 The Indian Air Force avoided Pakistan’s airspace as it flew its aircraft to countries bordering Ukraine to bring back Indians stranded in the war-hit country after the Russian invasion.

Sources said it was decided to avoid Pakistani airspace. “It was thought why take a military favour in a situation like this? Avoiding Pakistani airspace would result in a maximum of additional 25-30 minutes,” said an official.

From carrying tanks to Ladakh at the peak of the military tussle with China, to getting oxygen tankers amid the worst phase of Covid-19 pandemic and more recently rescuing people from Afghanistan after the Taliban take over, the C-17 globemaster of IAF is once again the answer to a crisis.

The aircraft has a capacity of carrying a load of up to 80 tonnes. In other words, it can accommodate tanks and big guns.Under Operation Ganga, India has been flying commercial aircraft to Hungary, Poland, and Romania bordering Ukraine in the west to evacuate Indians from war-torn country.

Till now, commercial Air India flights have been deployed to get back Indians, mostly students, but now the Indian Air Force has also been roped in.

Talking about the impact of sanctions on Russia and the ongoing conflict, he said there might be difficulties for a month or two in getting spare parts for defence equipment from Russia to India, but it shouldn’t be a long-term problem.

“We are evaluating the situation. There will be certain difficulties, there is no doubt about that. But I think it should not affect us too much. I am confident that it won’t affect us significantly,” he said.