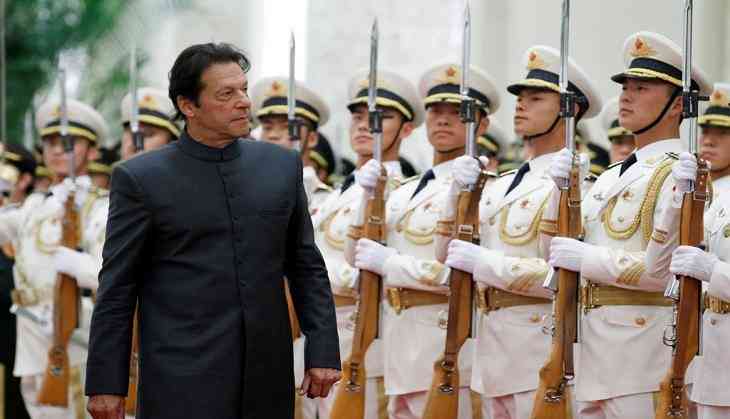 During his four-day visit to China, Imran Khan attended the opening ceremony of the Beijing Winter Olympics and met with the top Chinese leadership.The primary objective of this visit was to get loans and assistance from China to save Pakistan’s economy, which by the admission of the chief of the State Bank of Pakistan is ‘bankrupt’, reported the thinktank.

Khan’s desperation could be clearly seen in his comments that the Pakistan-China relationship was the “cornerstone” of Islamabad’s foreign policy and that both sides reiterated their support on issues “concerning each other’s core interests”.

Imran Khan reiterated “Pakistan’s full support to China on all issues of its core interest,” and expressed “commitment to One-China Policy and support for China on Taiwan, South China Sea, Hong Kong, Xinjiang and Tibet”, reported the thinktank adding that the visit showed Pakistan’s ever-increasing dependency on China.

announced by the Imran Khan government immediately before the visit.

In line with China’s preconditions for a prime ministerial visit, Pakistan made a PKR 50 billion payment to nine Chinese independent power producers (IPPs) and the Pakistan Cabinet also approved the setting up of the revolving fund.

As per The Dawn, Khalid Mansoor, Pakistan Prime Minister’s Special Assistant China-Pakistan Economic Corridor (CPEC) Affairs revealed the extent to which Pakistan had bent to Chinese wishes, when he stated at a press conference, “We have taken a historic decision a few days ago to shift their (Chinese) investment proposals to compliance regime, instead of arrangement that required about 37 federal and provincial approvals”.

He also said he would be unable to quantify the investment commitments for the second phase of CPEC but added that it would be safely in multi-billion dollars. Prime Minister Imran Khan made a personal commitment to China that he stood by these arrangements speaks volumes of Pakistan’s total dependency on China. PM Khan made this commitment during his meeting with He Lifeng, Chairman of China’s National Development and Reform Commission (NDRC).

During his visit, Imran Khan met with several representatives of Chinese companies and solicited their investment. Prior to his departure for China, the Pakistani government considered requesting China to approve another loan of USD 3 billion in China’s State Administration of Foreign Exchange (SAFE deposits), reported POREG.