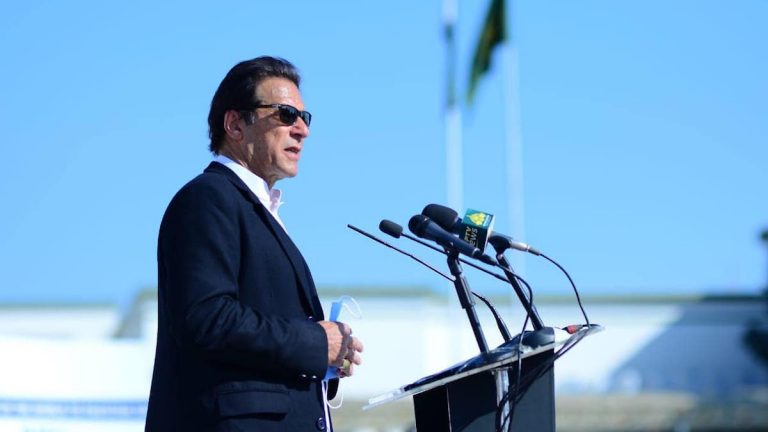 There will never be an end to Pakistan’s Kashmir policy. Even if it means the only talks it can hold is with itself.

Kashmir Day might have passed, but Valentine’s Day is just around the corner. Which flower should you give to an estranged neighbour who refuses to talk? But nothing says “I want to talk” like missed calls. There’s apparently been plenty of those missed calls from Prime Minister Imran Khan but the answer from Narendra Modi has remained “Can’t talk, WhatsApp only”.

How does one change that?

Like the issue of Kashmir persisting all our and our ancestors’ lifetime, we did hope that India-Pakistan talks would also continue. Plot twist: It didn’t. Since 2008, there has been no bilateral dialogue between the two countries. And after the 2015 Modi and Nawaz Sharif surprise meeting in Lahore, Pakistan leaders haven’t met at all. Even the media hype over “who first smiled and waved at whom” at international summits has withered away.

So, where are we now?

Even if love isn’t in the air, at least peace is. Or at least the good-old-days’ talk about peace and tranquillity is. Who better to signal peace but the army chief of Pakistan? “It is time to extend hand of peace in all directions,” Gen. Qamar Javed Bajwa said recently. One hand extending peace, the other holding his own plate of omelette — what else can one hope for? Or given the past experiences of talks, does India think that extending a hand would mean hath kar jana?

Then there is the curious case of PM Khan who still hasn’t recovered from Modi snubbing him. “I couldn’t understand why Modi didn’t want to talk,” he perhaps thinks. But Khan understands that he wants to talk to Modi on Kashmir, the same Modi he wanted to see re-elected and solving the issue of Kashmir. So, in one speech you go on to compare the Modi government with ‘Nazis’, while in the next, you want Modi to be your ‘yaar’. How does that work? Nonstop rhetoric will win you hashtags, but that doesn’t take forward the bilateral discourse.

Then there is the dilemma of foreign minister Shah Mahmood Qureshi. One day, he tells us Pakistan won’t talk to India till it rolls back the scrapping of Article 370. The next day, he asks why India fears talking to Pakistan? Consider this the modern version of Allama Iqbal’s “shikwa, jawab-e-shikwa (complaint, response to the complaint)”. Only making it more potent with Qureshi’s theatrics. Unlucky, Iqbal isn’t around to witness it. Lucky us, or not.

There was also special assistant to Imran Khan on national security division and strategic policy planning, Moeed Yusuf, who was the first to break the news that India desires to start talks with Pakistan. Yusuf seemed to imply that India was dying to talk to Pakistan, only that India was oblivious of its desires, as we later found out. “Pakistan will take two steps if India takes one,” he now tells us. All hangs in balance over the “if”.

What now? Pakistan is ready to talk to India, but no one is asking India what it wants, or if it even cares.

Pakistan’s hope of going back to the golden era of talks, confidence-building measures, people-to-people contact, thora-bohot Kashmir chooran, then a major act of terrorism (Mumbai 2008, Pathankot 2016) and then a reset again, has unfortunately passed. The new reality, as much as Pakistan doesn’t want to see it, is that those days are over and Kashmir talks is hardly even a chooran that sells anymore. Especially with the incompetent government of Imran Khan, with whom even political rivals at home don’t want to talk.

We are told that a strategy is needed to foil Delhi’s Kashmir plan. So, even after two years we still don’t have a strategy? For now, Pakistan President Arif Alvi can continue to lead Kashmir Day solidarity walks alongside Azad Jammu and Kashmir PM Raja Farooq Haider, against whom the Pakistan government had recently registered a sedition case. That’s some sight for sore eyes.

The seriousness of this hybrid regime is on full display, just look at the prime minister’s speech on Kashmir Day last week. He said that Kashmiris will be given an option to become independent. And the foreign office rushed to give out a late-night statement that there is no change in Pakistan’s Kashmir policy. But what Khan was offering is written in the constitution of Pakistan, and is nothing new.

The constitution says that after the plebiscite, if Kashmir chooses Pakistan, “the relationship between Pakistan and that State shall be determined in accordance with the wishes of the people of that State.” But the foreign office thought that anything coming out of PM’s mouth has to be fact-checked (I don’t blame them). It was as if no one at the foreign office was paying attention to the Pakistan Studies lectures in school. But then there are leaders who have taught us that the constitution is just a piece of paper that could be thrown in the dustbin.

Laughable that a country that has spent decades for a cause, doesn’t know what to do with it in the end. Or it is sure that there will never be any end to its ‘K policy’. Talks shall continue even if with oneself.

The author is a freelance journalist from Pakistan. Her Twitter handle is @nailainayat. Views are personal.