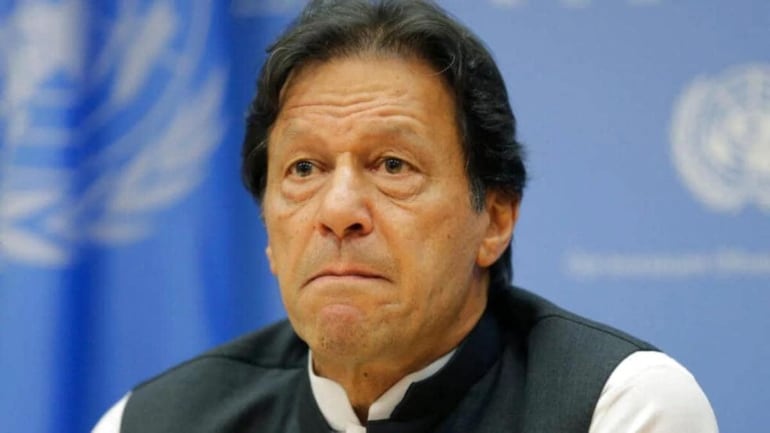 Prime Minister Imran Khan narrowly defeated the no-confidence motion in the National Assembly, days after losing a key Senate seat (from Islamabad) to the opposition led Pakistan Democratic Movement. However, how is it that Imran Khan who came seated on a moral high pedestal and his party, PTI, that was viewed as different from all other corrupt Pakistani political parties, have lost that moral high ground.

According to Dawn’s resident editor, Fahd Husain, there are five reasons why the Prime Minister and his party have “frittered away its political, perceptional and populist capital.”

First, is the issue of the open ballot. “The PTI tried to pull a fast one by couching political expediency inside a moralistic cover. It failed. The party’s sudden focus on wanting an open ballot Senate election erupted on the political landscape without warning, and more significantly, without context.”

Second, the issue of Senate tickets. “The party leadership decided in its wisdom to create a parliamentary board that would itself decide — without asking for any applications — who should get the ticket. The result was a mess reminiscent of the PTI’s attempt at holding elections for its party offices some years ago.”

Fourth, the Hafeez Sheikh issue. “Hafeez Sheikh’s stunning loss was not just a defeat for the PTI on one seat, or an outcome that required the prime minister to prove his majority — no, it was something much more serious, for it halted, or perhaps overturned, the perception from a month ago that PTI had cut PDM down to size and was for now the only real game in town. It takes a unique talent to take a parliamentary strong issue and reduce it to a politically shredded and optically compromised one.”

Finally, the Election Commission issue. “The unnecessary collision with the ECP — based on the original flawed logic of the reference in the Supreme Court — is now reducing PTI to a party that is venting its anger and frustration at a constitutional body whose basic logic has been endorsed by the highest court in the land. This is diluting the gravitas a ruling party must exude in order to manage a complex representative system held together by institutional equilibrium. It takes a unique talent to take a contextually strong issue and reduce it to a politically shredded and legally compromised one.”

As Hussain asks, “Can a vote of confidence bandage all these five self-inflicted wounds?”