In a first, clock tower at Srinagar’s Lal Chowk illuminated in tricolour 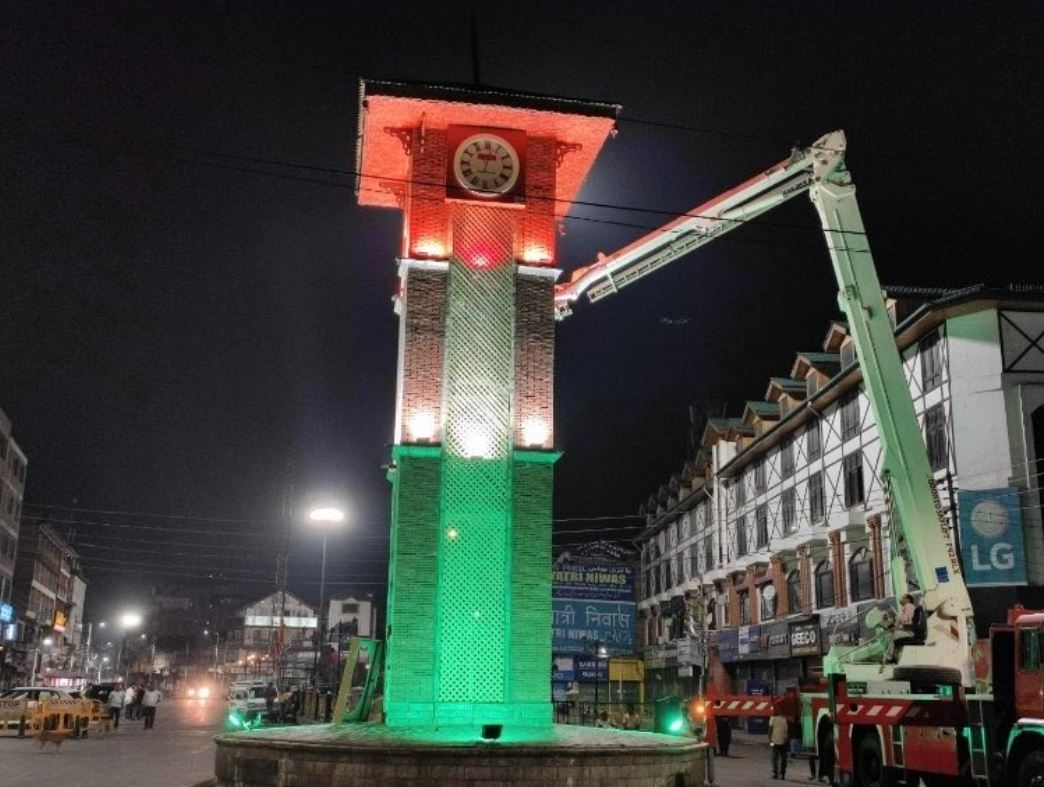 The famous clock tower at Lal Chowk in Jammu and Kashmir’s Srinagar was illuminated in Indian tricolour on Friday night ahead of Independence Day.

Srinagar Mayor Junaid Mattu took to Twitter to share a photograph of the clock tower that was lit up by the district administration for the first time.

“We have illuminated the Clock Tower (‘Ghanta Ghar’) at Lal Chowk in colours of the Tricolour ahead of Independence Day. New clocks fitted,” he tweeted.

Lal Chowk is a highly sensitive area in Srinagar. Traffic plying or a deserted look during shutdown, often gives a glimpse of the situation in the city.

In a similar incident on Friday, the Zero Bridge, a popular spot for visitors in Srinagar, was also illuminated in tricolour of the national flag.

The first noticeable flag hoisting at Lal Chawk was done in 1992. The flag was hoisted by the then BJP president, Murli Manohar Joshi, and coordinator of the Ekta Yatra Narendra Modi amid tightened security.

Since then, the Central Reserve Police Force (CRPF) hoists the tricolour every year at the clock tower, after evaluating the security situation. However, this is the first time that the clock tower was illuminated in tricolour.