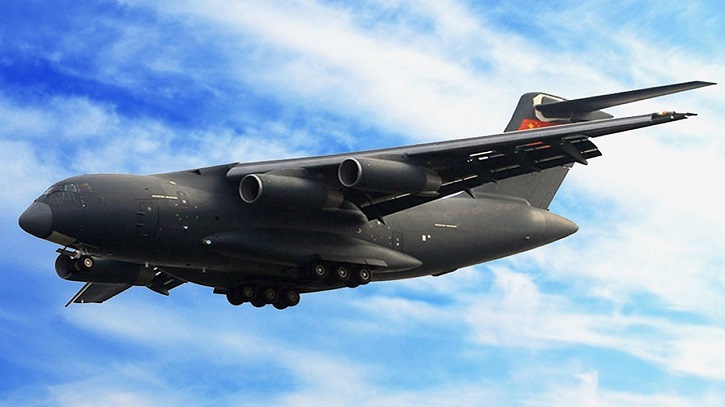 China sent half-a-dozen of its giant Y-20 cargo aircraft over the weekend to Russia-ally Serbia to reportedly deliver an advanced missile system in what could be the largest overseas operation by the Chinese air force.

The Chinese government is yet to confirm the mission but a state media report said the delivery could have been that of the FK-3, the export version of the Chinese HQ-22 surface-to-air missile system.

The delivery comes in the backdrop of the ongoing Russian invasion of Ukraine and western worries over an arms build-up in the Balkan region.

The deployment of the Y-20 fleet has been interpreted as a show of China’s strategic reach amid the turmoil in Ukraine in which Beijing has turned up as a staunch ally of Russia, refusing to criticise Moscow’s invasion of Kyiv.

Serbia purchased the FK-3 from China in 2019, in a sign of deepening ties between Belgrade and Beijing.

Russian President Vladimir Putin was also among the first to congratulate Vucic who has openly sided with Moscow in its war against Ukraine.

“The mission of the Y-20s to Serbia remains unknown, with thedrive.com speculating that the aircraft could be delivering the FK-3, the export version of the Chinese HQ-22 surface-to-air missile system, to Serbia,” the Global Times saying in a report.

It is a new record that an overseas mission features six Y-20s, and it is also very rare to see so many Y-20s being deployed at the same time, Fu Qianshao, a Chinese military aviation expert, told the tabloid.

“The Y-20s’ appearance raised eyebrows because they flew en-masse as opposed to a series of single-aircraft flights,” wrote The Warzone online magazine in a quote circulated by Associated Press.