In an attempt to counter India, Pakistan is isolating itself 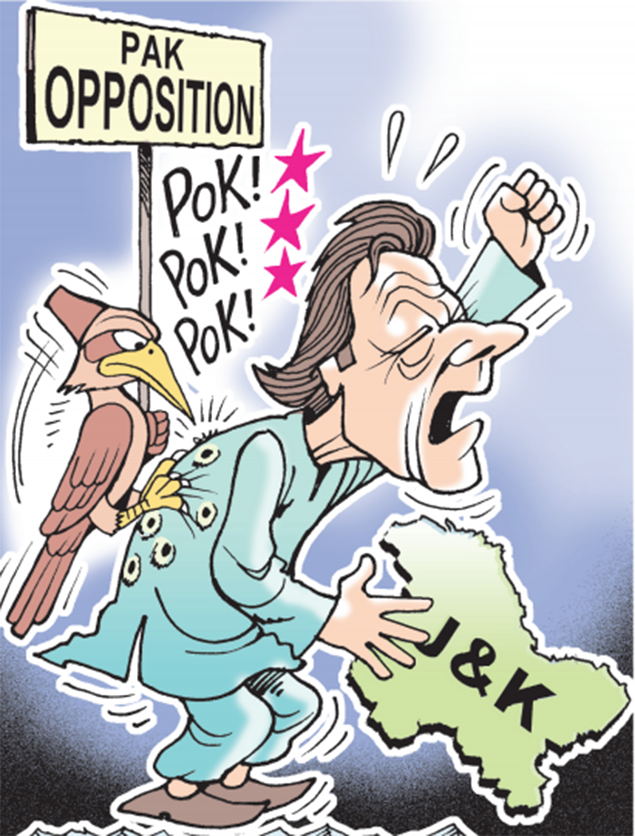 India is hosting the Delhi Regional Security Dialogue on Afghanistan on November 10. India’s National Security Adviser (NSA) Ajit Doval will chair this meeting. India has invited Russia, Iran, China, Pakistan and all the five Central Asian countries – Kazakhstan, Kyrgyzstan, Tajikistan, Turkmenistan and Uzbekistan. Of these, Russia, Iran and the Central Asian countries have confirmed their participation. This meeting will bring together the NSAs of Afghanistan’s neighbouring countries.

However, Pakistan’s NSA Moeed Yusuf will not attend this dialogue. China’s formal response to the invitation is awaited but it is most likely to skip this meeting.

While declining India’s invitation, Pakistan NSA Moeed Yusuf, referring to India, said that a spoiler cannot be a peacemaker.  He further identified India as a hurdle to regional efforts to establish peace and security.

Pakistan has been trying to use the Taliban-takeover of Afghanistan as an instrument to undermine India’s role in the region. As a humanitarian gesture, India had requested Pakistan to facilitate sending of food grains to Afghanistan from India via land route.  But Pakistan is yet to take any formal decision on this issue. Earlier Taliban offered to resume work on the Turkmenistan-Afghanistan-Pakistan-India (TAPI) Gas Pipeline that India was reviewing. However, security situation in Afghanistan and Pakistan remain a challenge to this project to reach India. Besides, Pakistan’s insistence on restricting this project to its own country is also a major obstacle for India.

Following the rise of the Taliban in Afghanistan, Pakistan is trying to redefine its relevance in Jammu and Kashmir. Abrogation of Article 370, relentless military operations against the terrorists and a drop in cross-border infiltration has made a serious dent to Pakistan’s relevance in Jammu and Kashmir. Pakistan considers Taliban’s victory as a boost to its own designs against India in Jammu and Kashmir and in the region as well. Islamabad also tried to leverage fall of Kabul by acting as a facilitator in evacuating the nationals of the US and the European countries stranded in Afghanistan.

Pakistan’s efforts to establish itself as a principal power with keys to controlling the Afghanistan issue are primarily directed at undermining India’s role and stature. But in attempting to do so, Pakistan is stepping towards isolating itself because security concerns will dominate engagements between Afghanistan and its neighbours, and Pakistan is unlikely to gain trust and support of many countries unless it is sensitive to their concerns.

Security is the main issue for the countries neighbouring Afghanistan. The spillover of terrorism from Afghanistan is a challenge not just for India but also for other countries in the region such as Russia, the Central Asian countries and Iran.

In the past three months – August, September and October – Russia has conducted military exercises in Kyrgyzstan and Tajikistan under Collective Security Treaty Organization (CSTO) as a precautionary measure to address any security concern that may emanate from Afghanistan.

The resurgence of the Taliban has poses a threat to the Central Asian Republics (CARs) as well. During the previous Taliban regime from 1996 to 2001, widespread radicalization was witnessed in the CARs. Taliban had supported a number of terror groups such as the Islamic Movement of Uzbekistan (IMU), the Islamic Movement of Tajikistan (IMT) and the Chechen separatists. After 2001, some members of the IMU and the IMT had fought alongside the Taliban against the US forces. The members of these two groups have also worked with the ISIS, al-Qaeda and Tehrik-i-Taliban Pakistan (TTP).

Iran also faces multiple challenges from the Taliban in Afghanistan. First, the instability in Afghanistan has resulted in influx of refugees into Iran. Already Iran had been hosting around 2 million Afghan refugees. The fresh influx adds to that number which is a burden on Iran’s economy. Second, Iran being a Shia-majority country, there is always a possibility of sectarian conflict with Sunni Taliban. Third, the rise of the Taliban increases the risk of drug trade in the region. Iran is often used as a transit route for drug trade from Afghanistan to Europe.

Lack of trust in Pakistan

By refusing to attend the Delhi Regional Security Dialogue, Pakistan has wasted an opportunity to play a positive role in the region. Pakistan’s credibility was always in question since it has been actively involved in the rise of the Taliban and also in forming the government post fall of Kabul. Pakistan’s direct support to the Taliban is a source of security threat for the neighbouring countries. Besides Pakistan’s soft stand towards terror organizations such as Tehrik-i-Taliban Pakistan and Tehreek-i-Labbaik Pakistan further consolidated Pakistan’s image as a supporter of organizations that propagate extreme religious ideologies.

Since the Ashraf Ghani government was toppled in August, India has taken a cautious approach on Afghanistan. While not officially recognizing the Taliban rule, India has played a supportive role in exploring the ways to ensure peace and stability in the region. Prior to hosting this dialogue, India had participated in the Moscow Format dialogue on Afghanistan. Earlier, Indian Ambassador to Qatar Deepak Mittal met with a Taliban leader Sher Mohammad Abbas Stanekzai to discuss safe and early return of the Indians stranded in Afghanistan.

Though security threats are evident, India is approaching the Afghanistan issue from a humanitarian point of view. India enjoys goodwill among the Afghan people which is a result of India’s contribution to development projects in Afghanistan. While Pakistan remains the principal challenge for India’s constructive engagement, there is possibility that Pakistan may find itself isolated due to its own actions.