In Denying Freedom of Expression, Pakistan Emulates China and Turkey 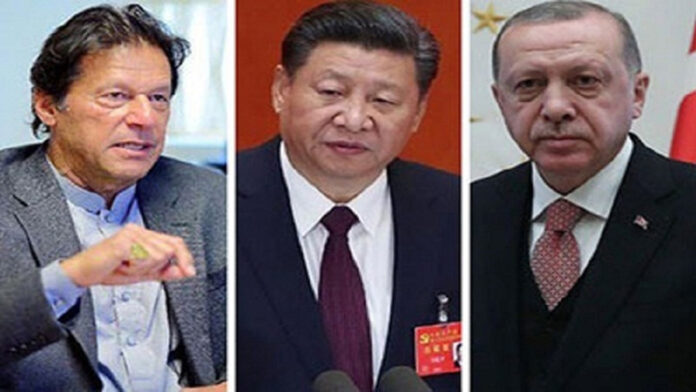 Over the last few years, Pakistan, akin to allies like Turkey and China, has instituted a set of social media rules that are to all intents and purposes should not be there in the first place and have no role in a democratic society.

According to a column in Dawn, the Removal and Blocking of Unlawful Online Content (Procedure, Oversight and Safeguards) Rules notified by the cabinet in October 2020, were pushed through in complete “disregard for the democratic process,” with “no draft shared with the stakeholders for feedback” and “no feedback given during the consultation process was incorporated.”

The Islamabad High Court has “called the Rules prima facie a violation of Articles 19 and 19-A of the Constitution that pertain to the right to freedom of speech and right to information. However, the latest court order ended up giving more time to the federal government to review the rules with authority vested in the attorney general of Pakistan. It appears that the government is buying more time with such antics, and their lack of sincerity is evident from the fact that for over a year, no meaningful consultation has taken place.”

As Usama Khilji notes in his column, “the underlying issue is that these Rules should not exist in the first place.” First, “Section 37 of the parent legislation, which is the Prevention of Electronic Crimes Act (Peca), 2016, deals with “Unlawful online content”. The language of this section is by default anti-rights.”

As Khilji points out, it “is clear from the utility of Section 37 so far: blocking of websites including those of political parties and international news sites, entire platforms under the moralistic garb of “obscenity” when they are empowering content curators while being regulated by international standards of content regulation by platforms, and arm-twisting platforms with threats of blocking if they do not accede to government demands of censorship.”

Khilji calls upon legislators “to amend Peca and make it rights friendly rather than rights restricting. And to begin this process, Section 37 of Peca must be deleted, as it essentially empowers the state to carry out political censorship.”