In Gwadar protest success, you are missing out this war within Pakistani establishment 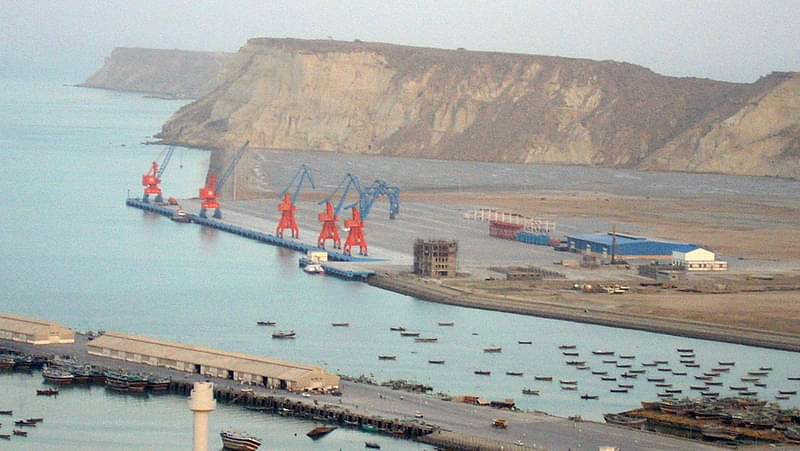 Mass movements are inspiring and evoke hope, like the public protest in Gwadar, Balochistan. While it is tempting to look at the hundreds and thousands of people marching for their rights as a sign of winds of change blowing, it is worthwhile examining the development from the lens of the predatory government or State institutions to see if what we have in front of our eyes is a real power shift in Pakistan. I am tempted to write about something that seems like a critical event but was grossly under-reported and under-examined in Pakistani media. The assessment of the ultimate power equation will have lessons for the future.

The 16 December agreement between the chief minister Balochistan and Maulana Hidayat-ur-Rehman, who represents thousands of emotionally charged Baloch protestors who marched for almost a month, may have brought some temporary relief to people. But I would argue that though the agreement gives some hope in people’s power, it is too early to see it as a case of the powerful establishment backing off. The general discussion in media about the successful protest in Gwadar hides much more – the battle between those who control the province and gentle adjustment in the geo-political goals of the State.

Let’s go back to the agreement according to which the fisherfolk of Gwadar were promised action against illegal trawling in territorial waters, reduction in the number of security check posts, and softening of access across the border with Iran. The Imran Khan government also agreed to help fishermen affected by typhoons and evolve a method to release their captured boats. Some who I spoke with did not sound too hopeful about the intent of the government to implement the agreement. It may take action against some fishing trawlers and remove some less important check posts, but the issues will remain. It seems that the authorities were in a hurry to wrap up the protest by deploying the same methods that were used in 2017 with the Tehreek-e-Labbaik Pakistan (TLP) protest in Islamabad – bribe the protesters. The Balochistan chief minister was caught on camera distributing money.

Illegal trawling is certainly a real problem that dates back to the early 1990s when a secret deal was struck between officials of the provincial fisheries department and individual trawler operators from outside the area. Since then, the problem multiplied as trawler operators, particularly from Sindh, began investing in bribing the authorities both in Balochistan and Sindh. In 2017, a well-known journalist, Shah Meer Baloch, pointed out how mainly due to illegal fishing in Balochistan’s coastal belt, which is much larger than Sindh’s, the latter claimed a larger catch. The provincial government’s effort to curb illegal trawling by setting up marine levies in 2002 came to nothing. Or perhaps, an additional institutional layer was added to pocket the bribe that was earned from illegal trawling. The newly established force is certainly no match for Chinese fishing interests that developed after the formal start of CPEC in 2016. The larger Chinese trawlers not only catch more, they do not even spare the small-sized but popular white pomfret fish that the area is known for. Like the British East India Company of the past, the Chinese companies and real estate developers have little interest in the local fisherfolk, who, in any case, are viewed as a menace for development of large real estate projects for rich investors in Pakistan and abroad. I am reminded of a briefing that I got from one such company based in London who assured me that the fisherfolk would be shifted away from where the project was being planned. The sales representative had the same level of urgency in his voice as he would herding away stray dogs.

Not that local authorities are sympathetic to the fisherfolk. The Balochistan government, or the real rulers of the province –Pakistan’s security establishment, may not have bothered to negotiate had it not been for, proverbially, the marching millions. But appeasing the crowds seems to have given the establishment an opportunity to gently push back the Chinese that demonstrated their power, for example, in getting the Pakistani military chairman of CPEC Authority removed.

Also read: Imran Khan accepts one of 19 Baloch demands. But Gwadar has a history of false promiseshttps://0a28a6b3cd111667c9f23d3f74437b8c.safeframe.googlesyndication.com/safeframe/1-0-38/html/container.html

The fact that Maulana Hidayat-ur-Rehman, who is known to have raised his voice against the Chinese wine factories in the area and coastal real estate development projects, did not face the same pressure as a Baloch separatist or nationalist would, says a lot.

There are two aspects worth considering about Rehman’s involvement in the Gwadar movement. First, he is no ordinary man but the secretary general of Jamaat-e-Islami for Balochistan, a party that has been the military’s partner for long. This means that the establishment has greater confidence in using him to negotiate its geo-political interests without running the risk of being forced to make major concessions domestically. Using religious clerics or movements led by them is reminiscent of an old strategy that was used vis-à-vis the Americans and is probably being used now with the Chinese. It is worth remembering that despite the emphasis on Pakistan-China partnership, the establishment remains concerned about not seceding more space to Beijing than it ought to. This is necessary for Pakistan to ensure that it doesn’t get treated like Sri Lanka or China’s African client-States.

Second, Hidayat-ur-Rehman uses a nationalist narrative to remain popular but that does not mean he will abandon his association with Jamaat-e-Islami. The party is the only one whose leadership visited Gwadar in the past few months. The nationalist aura, however, is what will help him push back other players like the Balochistan Nationalist Party (BNP) that has won elections for long. Rehman has even got support from separatist leaders like Dr Allah Nazar, who may have been keen to support him given the maulana’s ability to lead the march without getting targeted by the establishment, and the fact that the separatists do not care to invest their energy in Pakistan’s electoral process. From my conversation with sources among both the nationalists and separatists, I could gather that they had not thought of an alternative plan to lead the protest. Hidayat-ur-Rehman is smart enough to not distract people’s attention with his religious ideology. He has kept the pretence of being a nationalist who – as it appeared from his dialogue with renowned politician Afrasiab Khattakon Twitter – is eager to push back the Baloch nationalists in politics and claims to represent the will of the ‘real people’.

The war within the establishment

As far as the State is concerned, it seems happy to allow the maulana, who represents a crossbreed between Khadim Rizvi and Maulana Fazlur Rehman, to emerge as the future of Gwadar politics. A foulmouthed maulana with money-making ambitions is a good combination for the security establishment to manage the area. From Afghanistan to Pakistan, the establishment appears to be in a mood to only encourage the religious Right.

The insertion of the maulana and the handling of the protest may contain another layer – it’s also about friction within the establishment, the tussle between the powerful Frontier Corps (FC) and the Inter-Services Intelligence (ISI) along with the Corps Headquarters, Quetta. People from Gwadar and indeed the rest of Balochistan will vouch for the fact that the real predatory power is the FC, which, as a senior former bureaucrat told me, is the force that keeps Balochistan together and, thus, has turned king-like over the years. Even the ISI depends upon the FC for support. The agency is brutal, responsible for majority of cases of enforced disappearances, is a major threat to life of ordinary citizens, and above any questioning. The chief minister has no power compared to the IG FC, and civilian bureaucrats do not dare challenge its officials. But what makes the power even more interesting is the fact that the IG FC sits on top of huge volumes of loot and its distribution within the larger army institution. From controlling every day traffic and overseeing illegal trade of petroleum, non-custom paid vehicles, and carpets to drugs, there is nothing that the FC doesn’t control or get paid for. Even the former army chief General Raheel Sharif’s effort to clean up the agency by sacking 11 army officers in 2016 who had served in FC Balochistan did not do the job. Hence, the chief minister agreeing to close some check posts could be more than meeting a genuine demand – it could be another State institution trying to assert pressure to control the FC yet again.

Indubitably, the people marching in the Gwadar protest was a serious political act that may not succeed in further consolidating itself into something bigger – not just because of lack of accountability of State institutions but also the inability of political parties to come together and render a helping hand. It will probably be later and too late that the establishment may learn about the danger of blocking political action in this manner.