In Jaishankar’s speech on regional connectivity, a veiled dig at China’s BRI, Pakistan 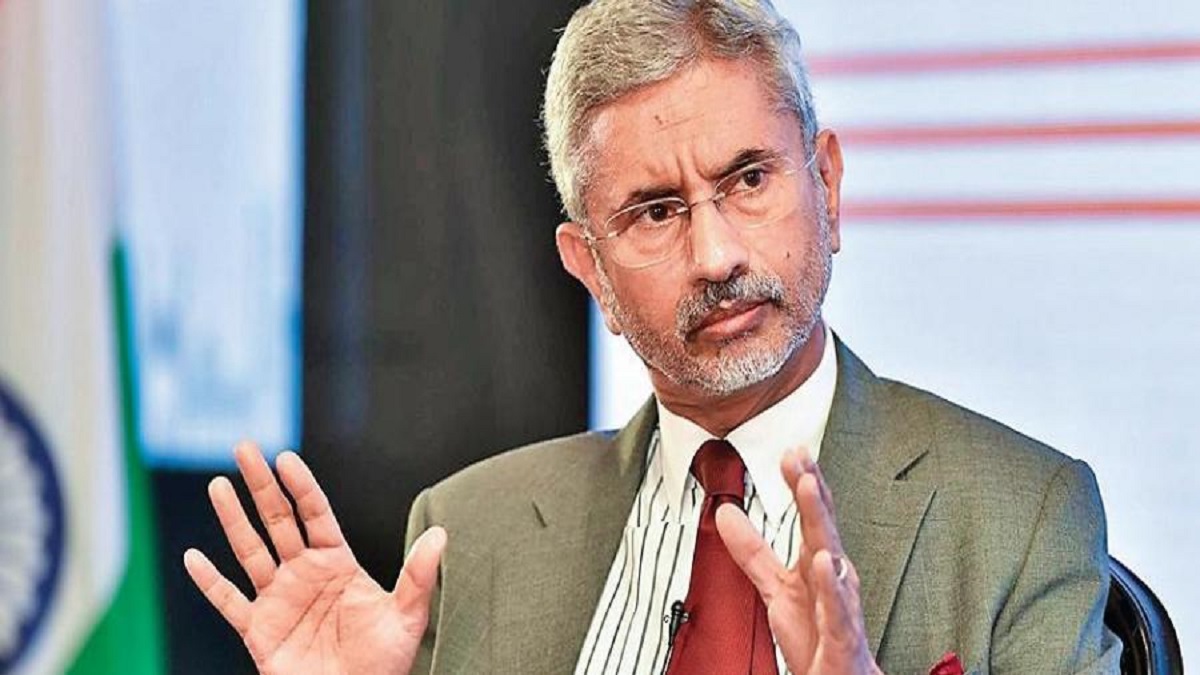 External Affairs Minister S Jaishankar on Friday projected Iran’s Chabahar Port as a key regional transit hub including to Afghanistan and stressed that building connectivity is an act of trust and it must conform to international laws, sovereignty and territorial integrity.

In an address at a conference on regional connectivity in Tashkent, he said connectivity projects must be based on economic viability and financial responsibility and they should not create “debt burdens”, in an oblique reference to China’s Belt and Road Initiative (BRI).

Referring to Afghanistan, Jaishankar said that for reliable connectivity within and through the country, the world must have confidence in its governance, noting that development and prosperity go hand-in-hand with peace and security.

He said “politics, vested interests and instability” can be “formidable impediments” to regional cooperation and prosperity, asserting that no serious connectivity initiative can ever be a one-way street. The comments are seen as a veiled dig at Pakistan which has denied India transit access to Afghanistan.

“The real issues are of mindsets, not of disputes. Blocking connectivity in practice while professing support in principle benefits no one. A one-sided view of trade rights and obligations can never work. No serious connectivity can ever be a one-way street,” he said.

The conference on ‘Central and South Asia: Connectivity’ was hosted by Uzbekistan to significantly boost connectivity between the two regions. Pakistan prime minister Imran Khan, Afghan president Ashraf Ghani and leaders from around 35 other countries attended the conference.

In his remarks, Jaishankar listed practical steps taken by India since 2016 to operationalise the Chabahar port and described as a “welcome development” the formation of the India-Uzbekistan-Iran-Afghanistan Quadrilateral group on the joint use of the port.

“This (the port) provides a secure, viable and unhindered access to the sea for Central Asian countries. Its efficacy is now clearly proven. We have proposed to include the Chabahar port in the framework of INSTC (International North-South Transport Corridor),” he said.

Jaishankar said there was a need to address not just physical infrastructure but all its accompanying facets while expanding connectivity between Central and South Asia.

“Tourism and societal contacts can create a fostering enabling environment. But, at the end of the day, building connectivity is an act of trust and must, at the minimum, conform to international law. Respecting sovereignty and territorial integrity are the most basic principles of international relations,” he said.

Jaishankar said that connectivity efforts must be based on economic viability and financial responsibility. “They should promote economic activity and not create debt burdens. Ecological and environmental standards, as also skill and technology transfers, are musts. Connectivity must be consultative, transparent and participatory,” he said.

There has been growing global criticism of the BRI as Chinese financing has resulted in rising debt in several countries where infrastructure projects under the mega initiative are being implemented.

India has critical of the BRI on the ground that it cannot accept a project that ignores its core concerns on sovereignty and territorial integrity.

Jaishankar said that for reliable connectivity within and through Afghanistan, the world must have confidence in its governance, noting that development and prosperity go hand in hand with peace and security. “Our connectivity deliberations expect predictability, efficiency and observance of norms of our time as its foundation,” he said.

Jaishankar said economic growth is universally driven by “3Cs: connectivity, commerce and contacts”, adding all three need to come together to ensure regional cooperation and prosperity.

“The challenge we face is that politics, vested interests and instability can be formidable impediments to its realization. There are lessons too from our experiences that need to be understood,” he said.

“The real issues are of mindsets, not of disputes. Blocking connectivity in practice while professing support in principle benefits no one. A one-sided view of trade rights and obligations can never work. No serious connectivity can ever be a one-way street,” Jaishankar added.

“We are gathered here today in pursuit of a more prosperous and inter-connected Eurasia. To realise that, India stands ready to cooperate, plan, invest and build,” Jaishankar said.

The conference extensively deliberate on practical ways to enhance connectivity with a larger aim of deepening trade, investment and people-to-people ties in the region.

“Connectivity acquires a particular salience in the context of post-Covid economic recovery. It is itself an economic multiplier,” Jaishankar said. “But there is also a widespread realization of the need now for more resilient and reliable supply chains. This is not just a matter of production; it is equally a challenge of efficient logistics,” he said.

“All of us need more and multiple options. And this applies to the domain of connectivity most of all,” he added.

Jaishankar held talks with the European Union’s High Representative for Foreign Affairs and Security Policy Josep Borrell Fontelles on the sidelines of the conference.