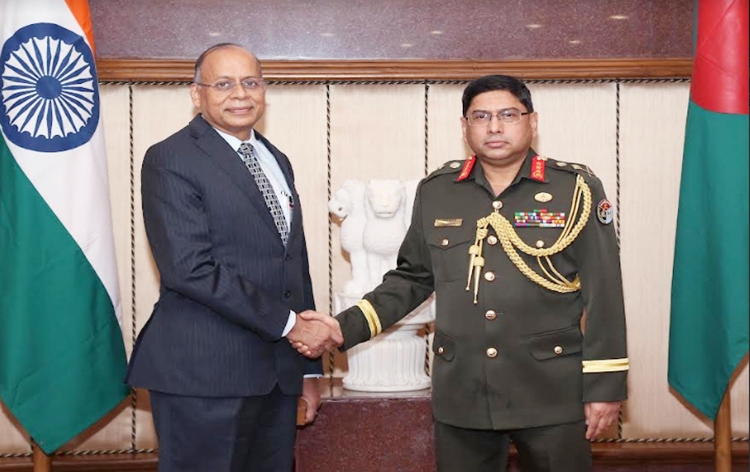 India and Bangladesh have agreed to further elevate the engagement between the two armed forces. The decision was taken during the 4th India-Bangladesh Annual Defence Dialogue held in Delhi on Thursday. The meeting was co-chaired by Defence Secretary Dr Ajay Kumar and Principal Staff Officer of Armed Forces Division of Bangladesh Lt Gen Waker-Uz-Zaman.

During their interaction, both sides reviewed ongoing defence cooperation between the two countries and expressed satisfaction that collaboration is growing despite difficulties imposed by the COVID-19 pandemic.

The talks covered the existing bilateral exercises and training and agreed to increase the complexity of these exercises. Both the sides reviewed the progress on various bilateral defence cooperation. Various aspects of defence industrial and capability building cooperation came up for detailed discussions. Both sides emphasised the need to work closely to implement the USD 500 million Line of Credit (LOC) extended from India for defence items, said an official press release.

The Indian side commended Bangladesh for their efforts in UN peacekeeping. Defence Secretary Dr. Ajay Kumar said that the Armed Forces of both countries continue to seek bilateral cooperation in multiple fields. He said the increased engagements are a positive sign for the future of the relations of both countries.  Dr. Ajay Kumar also invited the Bangladeshi delegation for the upcoming Def-Expo 2022 and stated that in the domain of defence industry both countries have great potential of cooperation in defence trade, co-development and joint production.