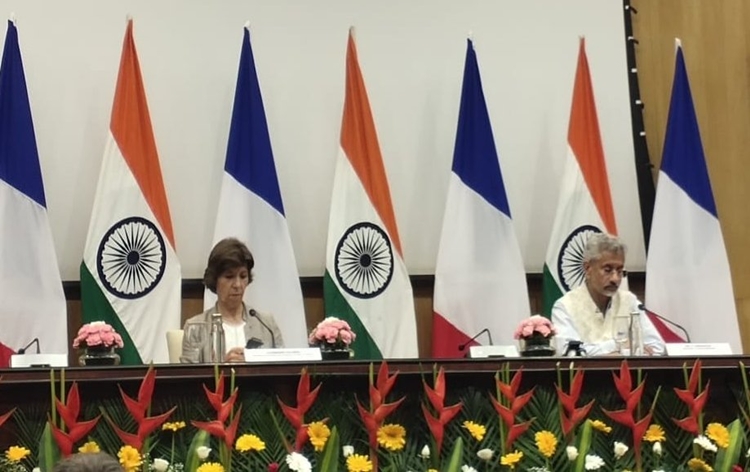 He said the Indo-Pacific trilateral would also provide a platform for Indian innovations and startups to demonstrate their relevance to the requirements of other societies. He also said International Solar Alliance now has formed projects in three countries which shows the impact that India and France make together in Bhutan, Papua New Guinea and Senegal.

Dr. Jaishankar said France is a key member of the European Union and they discussed the advancing India-EU negotiations on trade, investment and geographical indicators. He welcomed the commencement of the first round of negotiations in this regard. The Minister added that India and France are launching a scheme for the exchange of young professionals in the age group of 18 to 35 years as a follow-up to the migration and mobility partnerships.

Addressing the media, the French Foreign Minister said her nation has mobilised itself and will continue to do so in order for India to get permanent membership of the UN Security Council. Ms. Colonna reached India yesterday on a three-day official visit. She will travel to Mumbai tomorrow where she will meet industry leaders.

French Minister for Europe and Foreign Affairs Catherine Colonna who is on a three-day official visit to India called on Prime Minister Narendra Modi today. Besides discussing bilateral and other issues of mutual interest, the Minister conveyed President Macron’s message of friendship and cooperation to the Prime Minister. Mr. Modi fondly recalled his recent meetings with President Macron in Paris and Schloss Elmau, Germany and conveyed his desire to welcome the President to India at an early opportunity.