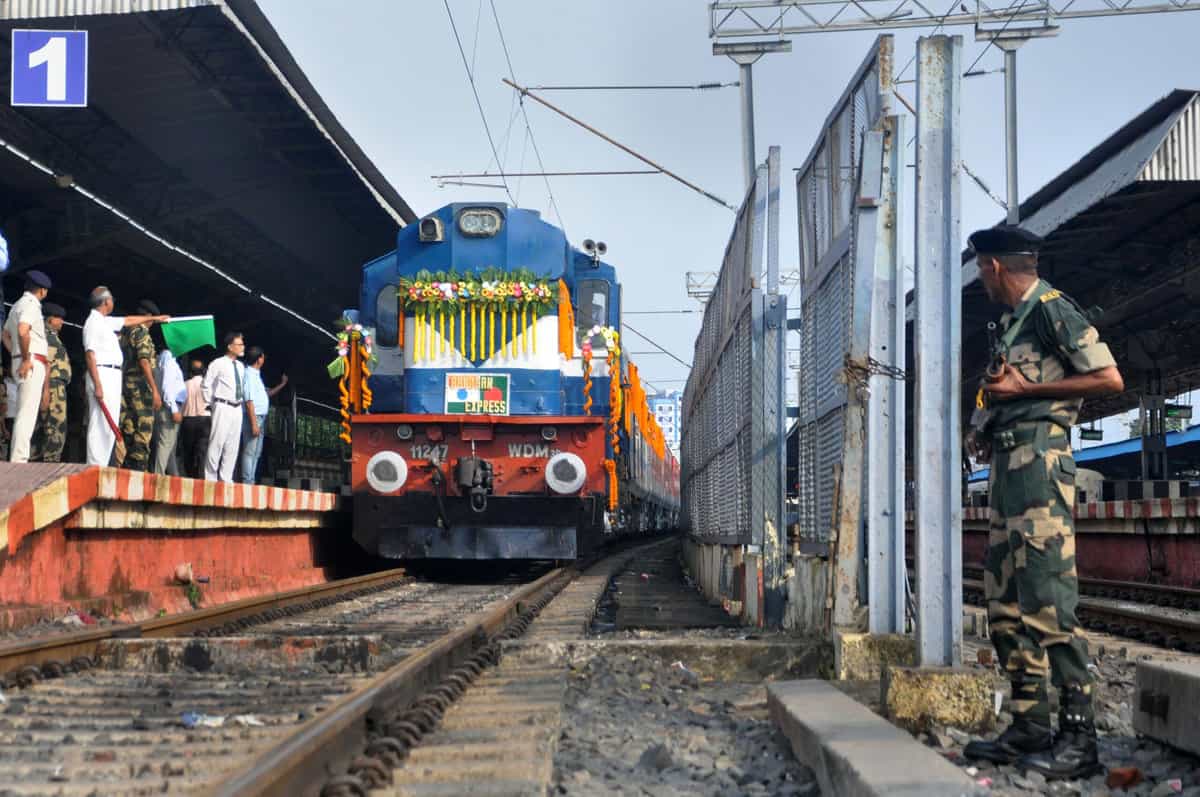 Passenger train services between India and Bangladesh resumed on Sunday after an over two-year gap owing to the pandemic with the flagging of Bandhan Express from Kolkata station on way to Khulna in the neighbouring country, an Eastern Railway (ER) official said here.

Maitree Express is also scheduled to resume services between Kolkata and Dhaka on Sunday and will travel to the Bangladesh capital on Monday morning on the first journey from here since March 2020, he said.

Passenger train services between India and Bangladesh, which were stopped for over two years owing to the pandemic, resumed with the flagging of Bandhan Express from Kolkata station at 7.10 am,” ER spokesperson Ekalavya Chakraborty said.

While the Bandhan Express between Kolkata and Khulna runs two days a week, Maitree Express connecting Kolkata with the Bangladesh capital is a five-day service.

Mr. Chakraborty told PTI that people on both sides of the border are excited about the resumption of the train services, which are fully booked for the next few days. “With the comfort of train travel and a convenient time schedule along with affordability, people prefer this mode of transport over others such as bus and air,” he said.

The trains have a capacity of around 450 passengers and have air-conditioned chair car and executive class categories, he said.

India-Bangladesh train connectivity through West Bengal will receive another boost from June 1 with the inauguration of Mitali Express between New Jalpaiguri and Dhaka, Chakraborty said.

The new service will also boost tourism in northern West Bengal as many travellers from Bangladesh show a keen interest in exploring the Darjeeling Hills and the forests and tea gardens of Dooars in the foothills, he said.