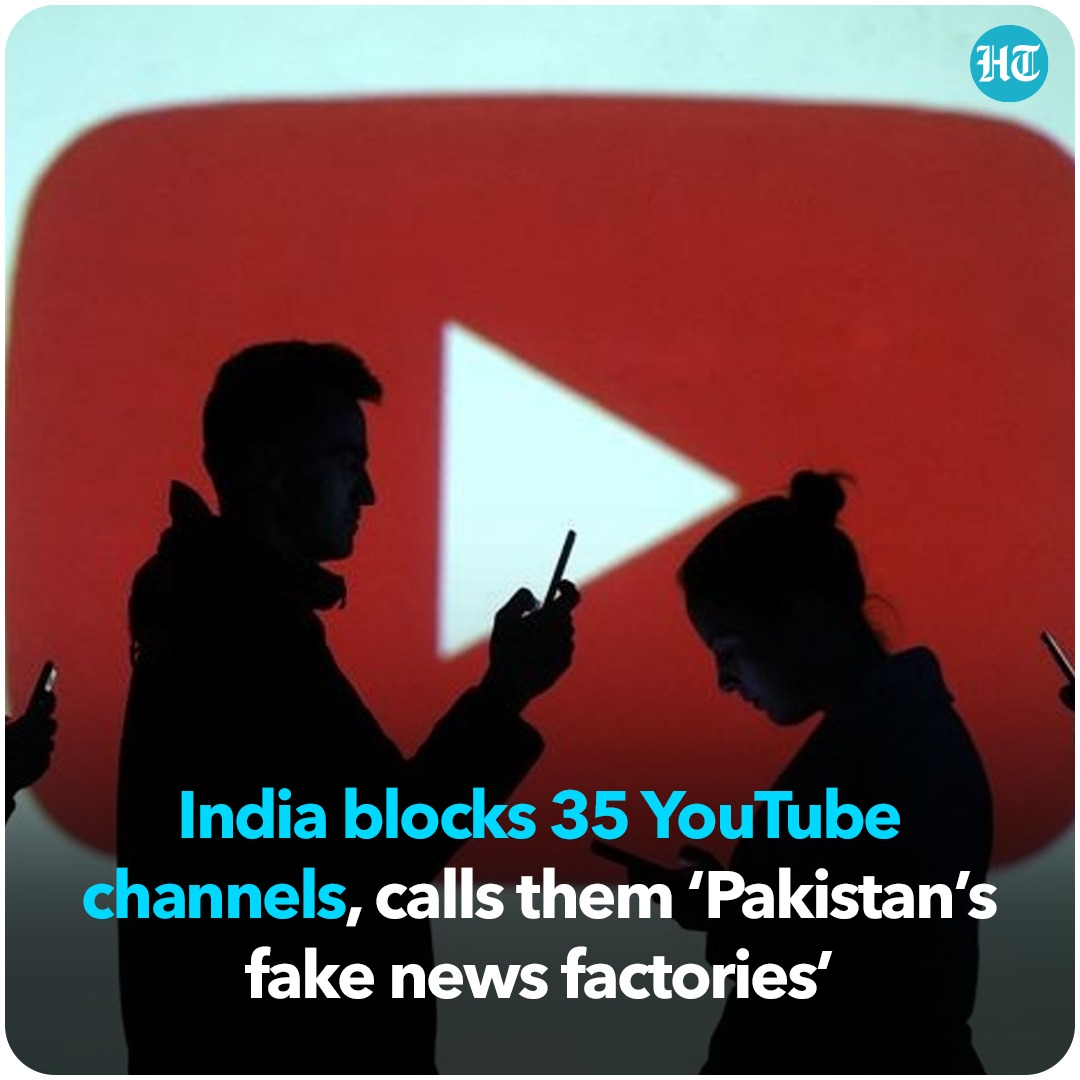 India has ordered blocking of 35 Pakistan-based YouTube channels and two websites for “spreading anti-India fake news in a coordinated manner over digital media”, the government said on Friday.

“These channels were toxic and spreading anti-India propaganda,” information and broadcasting ministry secretary Apurva Chandra said in a Press conference. “More and more such channels will continue to be blocked. Not only intelligence agencies, we urge the people to come forward and notify us of such content.”

Chandra also reminded YouTube that the company should have also kept track of the content uploaded on its platform. “This is also the responsibility of the intermediaries. YouTube should also see that these are absolutely fake news,” he said, referring to India’s new intermediary rules notified last year.

Union minister of information and technology Anurag Thakur said that any social media account trying to mislead the public would be taken down. “Any account that is trying to spin a conspiracy or mislead the people will be actioned,” he told reporters.

An officias statement released on the action against “Pakistani fake news factories”, said these channels had over 12 million subscribers and over 1,320 million views. They include Khabar with facts, Khabar Taiz, Information Hub, Flash Now, Mera Pakistan With, Hakikat Ki Duniya and Apni Dunya Tv.

“These channels were spreading misinformation about the Indian army, including conspiracies that the death of chief of defence staff Bipin Rawat was an assassination,” said Vikram Sahay, the ministry’s joint secretary and designated officer under the information technology law. “These threaten the sovereignty and the integrity of India.”

According to the ministry, the YouTube channels, websites, and other social media accounts blocked were used by “Pakistan to spread anti-India fake news about sensitive subjects related to India”. “These include topics such as the Indian Army, Jammu and Kashmir, and India’s foreign relations with other countries. It was observed that rampant fake news was spread through the YouTube channels regarding the demise of the former Chief of Defence Staff Late General Bipin Rawat. These YouTube channels had also started posting content to undermine the democratic process of the upcoming elections in five states,” the ministry said in an official statement.

The channels propagated content to encourage separatism, divide India on the lines of religion, and create animosity among the various sections of the Indian society. Such information was feared to have the potential to incite the audience into commission of crimes adversely affecting public order in the country.”

The directions to block the content has been issued using the emergency powers granted to the secretary of I&B, who can order an immediate takedown of content under the new social media and intermediary guidelines. The interim order will be placed in front of the inter-departmental committee for review.

The inter-departmental committee forms the apex of the three-tier redressal mechanism, which includes a self-regulatory mechanism, followed by regulation by industry bodies. The committee, in a first, also has members from the industry body — one member each from the Federation of Indian Chambers of Commerce & Industry and Confederation of Indian Industry, one member from the Bar Council of India and a member from the Press Council of India. Besides these, the committee also has members from ministries such as the ministry of women and child development, ministry of law and justice, ministry of home affairs, ministry of electronics and information technology, ministry of external affairs and ministry of defence.