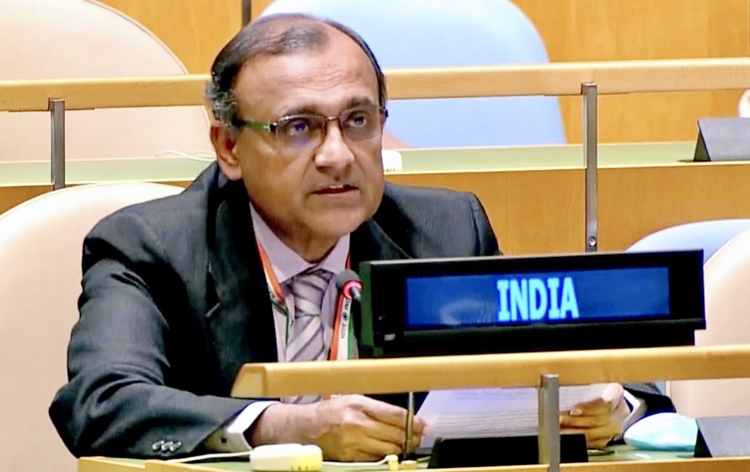 India has stressed on finding a mutually amicable solution to Ukraine Russia crisis and called on all sides to exercise restraint. During an emergency session of the UN Security Council convened by Ukraine along with the US and the UK, India expressed deep concern over the escalation of tensions along Ukraine’s border with Russia. India’s permanent representative to the United Nations, TS Tirumurti said, quiet and constructive diplomacy is the need of the hour. He said, any steps that increase tension may best be avoided by all sides in the larger interest of securing international peace and security

The Indian envoy reiterated that well-being of Indian nationals is of priority to the country. The emergency meeting of the UNSC was called hours after Russian President Vladimir Putin announced he was recognising the independence of the breakaway regions of Donetsk and Luhansk.

Around twenty thousand Indian students and nationals live and study in different parts of Ukraine. India has been making efforts to bring back its nationals from the country.

An Air India flight took off from Delhi for Kyiv’s Kyiv Boryspil International Airport this morning. Air India will operate two more special flights between India and Ukraine on 24th and 26th of this month. Indian Embassy in Ukraine said, in view of continued high level of tensions and uncertainities of the current situation additional flights are also being organised. The Embassy in an advisory said, four flight will leave Kyiv for Delhi on 25th and 27th of this month and 6th March. It said, at present Air Arabia, Fly Dubai, Qatar Airways etc are also operating their routine flights from Ukraine to India. Bookings for these airlines can be done through airline offices, websites, call centres and authorised travel agents.