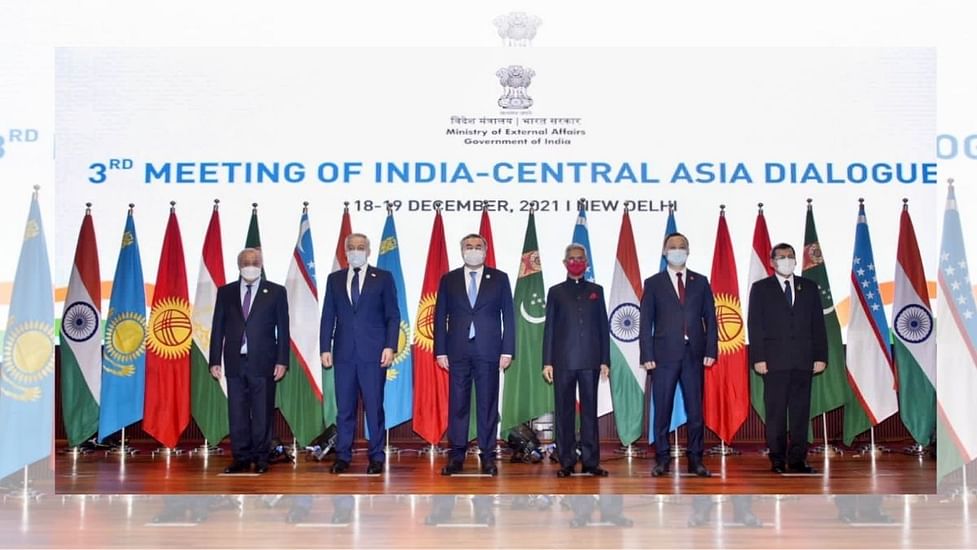 India and the five Central Asian states on Sunday pushed for concerted action against all terror groups, saying Afghanistan’s soil must not be used for planning terror attacks, even as they pledged to provide immediate humanitarian aid to the Afghan people.

The fallout of the Taliban takeover of Kabul on regional security, post-pandemic recovery and measures to boost regional connectivity and trade were in focus as foreign ministers of India and the Central Asian states held their third dialogue in the Capital.

India welcomed the interest shown by the Central Asian states in using Shahid Beheshti terminal at Iran’s Chabahar port, which is operated by an Indian company, for trade with India and beyond, according to a joint statement. All the sides agreed to develop the transit and transport potential of their countries, improve the regional logistics network and promote joint initiatives to create new transport corridors.

External affairs minister S Jaishankar set the stage for the discussions, saying in his televised opening remarks that India and the Central Asian states have similar concerns and objectives in Afghanistan, including the formation of a truly inclusive government, the fight against terror and drug trafficking, ensuring unhindered humanitarian aid, and preserving the rights of women, children and minorities.

“We must find ways of helping the people of Afghanistan,” Jaishankar said.

Uzbekistan foreign minister Abdulaziz Kamilov, in his opening remarks, pointed to the “challenging situation” in Afghanistan” and spoke of the “need to develop a unified and coordinated approach towards this country”.

With leaders of the Central Asian states expected to be chief guests at next year’s Republic Day celebrations, Turkmenistan’s foreign minister Rashid Meredov said Sunday’s meeting will be a “key event in the preparation process for the upcoming Central Asia-India Summit in January”.

The positions taken on Afghanistan, terrorism and connectivity in the joint statement hewed closely to India’s stance on these matters, including the need to ensure transparency, financial sustainability and sovereignty in connectivity projects against the backdrop of China’s Belt and Road Initiative, people familiar with developments said.

While discussing the situation in Afghanistan and its impact on the region, the ministers supported a peaceful and stable Afghanistan and emphasised respect for sovereignty, territorial integrity and non-interference in its internal affairs, the joint statement said.

The ministers pointed to the importance of UN Security Council Resolution 2593, which “unequivocally demands that Afghan territory not be used for sheltering, training, planning or financing terrorist acts and called for concerted action against all terrorist groups”.