India-China border issue: Beijing has ‘no credible explanation’ on violation of agreements. 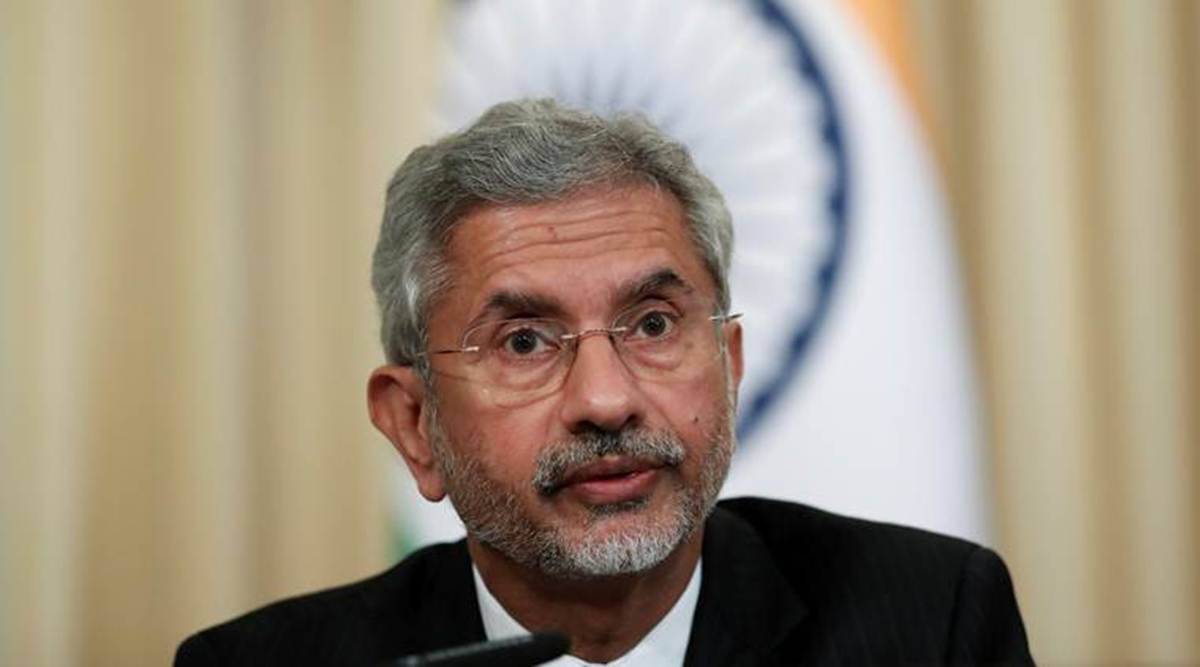 External Affairs Minister S Jaishankar said on Friday that India and China are going through a “particularly bad patch” in their ties because Beijing has taken a set of actions in violation of agreements for which it still doesn’t have a “credible explanation” and it is for the Chinese leadership to answer where they want to take the bilateral relationship.

“I don’t think the Chinese have any doubt on where we stand on our relationship and what’s not gone right with it. I’ve been meeting my counterpart Wang Yi a number of times. As you would’ve experienced, I speak fairly clear, reasonably understandably (and) there is no lack of clarity so if they want to hear it, I am sure they would have heard it,” Jaishankar said in response to a question at a panel “Greater Power Competition: The Emerging World Order” at the Bloomberg New Economic Forum in Singapore.

“We are going through a particularly bad patch in our relationship because they have taken a set of actions in violation of agreements for which they still don’t have a credible explanation and that indicates some rethink about where they want to take our relationship, but that’s for them to answer,” he further said, in an apparent reference to the eastern Ladakh border clash with China.

The eastern Ladakh border stand-off between the Indian and Chinese militaries erupted on May 5 last year following a violent clash in the Pangong lake areas and both sides gradually enhanced their deployment by rushing in tens of thousands of soldiers as well as heavy weaponry.

As a result of a series of military and diplomatic talks, the two sides completed the disengagement process in the north and south banks of the Pangong lake in February and in the Gogra area in August. The last round of military talks on October 10 ended in a stalemate.

Meanwhile, on Thursday the two sides agreed to hold the 14th round of military talks at an early date to achieve the objective of complete disengagement in remaining friction points along the Line of Actual Control (LAC) in eastern Ladakh.

Jaishankar also dismissed as “ridiculous” the notion that the United States has been strategically contracting and yielding space to others amidst a global rebalancing of power.

He said that the US is today, a much more flexible partner, much more open to ideas, suggestions, and working arrangements than in the past.

“Don’t confuse it with the decline of the United States. I think that’s ridiculous,” he said in response to a question from the moderator at the session, also attended by former US Secretary of State Hillary Clinton and former British Prime Minister Tony Blair.

“It’s clear China has been expanding. But the nature of China, the manner of its growing influence is very different. And we don’t have a situation where China necessarily replaces the United States. Well, it’s natural to think of China, US (and) China as the overarching happening. The fact is, there are also a lot of other countries including India, which have come much more into play. There’s been a rebalancing in the world,” he said.

Citing QUAD as an example, he pointed out that some countries are coming together on a certain set of concerns and issues or interests. The Quad comprising India, Japan, the US and Australia was formed to develop a new strategy to keep the critical sea routes in the resource-rich Indo-Pacific free of any influence.

He said the United States is today, a much more flexible partner, much more open to ideas, suggestions, and working arrangements than in the past. “I think this reflects a very different kind of world. We are moving into a world in a sense, you could say, the real transitions after 1992 are now occurring.”

The minister also elaborated on a question about how the world is changing. “It is certainly not unipolar and it is not really really bipolar either. There are many more players. A lot of what we are doing in terms of repositioning, working with countries, (it) is multipolar work,” he said.

“In a sense, it is partly a hedging strategy, partly autonomous partnership, often very issue based (as) we work with different countries on different sets of issues,” said Jaishankar.

Noting that the Covid-19 has called into question the old model of globalisation, he said, “we are actually at multiple levels in a very, very complex transition.”

He pointed out that countries are willing to pay additional costs for a greater sense of security.

“We all want more reliable, more resilient supply chains. We want more options. Many of us were in touch during that period and went through very difficult issues. It could have been on health, even in some cases on food. So we are actually at multiple levels in a very, very complex transition. The transition, some of it is with the rise and fall and the rebalancing of powers,” he said.

He said that in the old days, it didn’t matter beyond a point what the neighbour’s domestic system was.

“Today, issues of trust and transparency are much more relevant in a data driven world. So it does matter to me what the character of my partner is, who they are partners with. So these are all new factors, which I would suggest is really taking the world in a very, very different direction,” he said.