India, China, Russia call for an inclusive government in Afghanistan 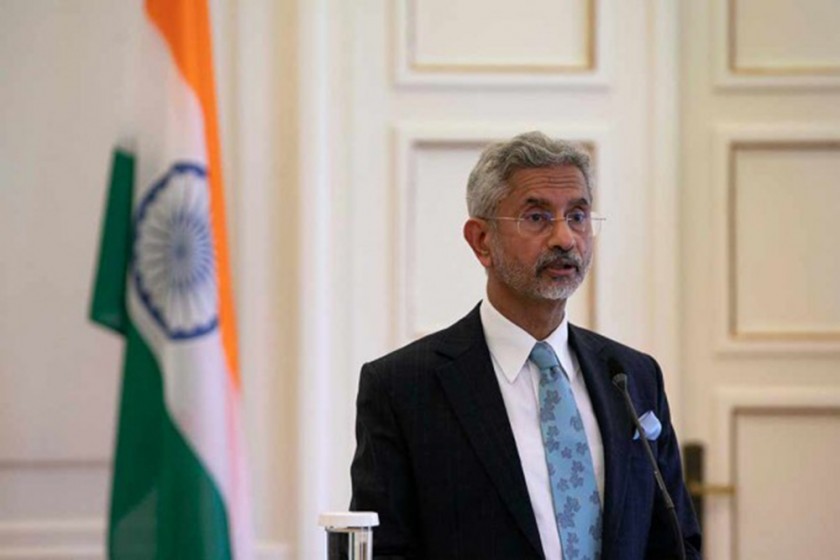 India, Russia and China on Friday sought the formation of a truly inclusive government in Afghanistan and said lasting peace in the war-torn country hinged on the “urgent elimination” of UN Security Council-proscribed terror groups.

The three countries called on the Taliban to take actions in line with the outcomes of all international and regional mechanisms on Afghanistan and UN resolutions, and asserted that Afghan soil shouldn’t be used to “threaten or attack any other country”.

They also called for immediate and unhindered assistance to be provided to Afghanistan in view of the deteriorating humanitarian situation, according to a joint communiqué issued after a meeting of the foreign ministers of the Russia-India-China mechanism.

External affairs minister S Jaishankar, who chaired the meeting, said he had raised global expectations of Afghanistan as articulated in UN Security Council resolution 2593, which states that Afghan soil must not be used for planning or executing terror attacks. “Afghan territory must not be used for terror activities by terrorist groups like Lashkar-e-Tayyiba, Jaish-e-Mohammad etc,” he tweeted.

The 18th round of talks between RIC foreign ministers was held against the backdrop of an India-China standoff on the Line of Actual Control (LAC) that has taken bilateral ties to an all-time low and impacted trilateral cooperation. Jaishankar and his Chinese counterpart Wang Yi avoided any mention of the standoff and spoke of the need for cooperation to tackle challenges such as the Covid-19 crisis.

On the ground, there have been few signs of the three RIC countries working together on the situation in Afghanistan following the Taliban takeover in August.

However, Jaishankar said in his televised opening remarks that India, Russia and China need to work jointly to counter threats such as terrorism, radicalisation and drug trafficking, and to ensure that humanitarian aid reaches Afghans without hindrance and politicisation.

Though he didn’t name any country, his remarks about unhindered supply of aid were an apparent reference to Pakistan, which had held up a proposal for the shipment of 50,000 tonnes wheat from India via land routes for more than a month. Pakistan Prime Minister Imran Khan recently cleared the proposal.

Jaishankar also called for the multilateral system to be reformed to ensure a multi-polar and rebalanced world based on sovereign equality and respect for international law.

In a string of tweets, Jaishankar said the pandemic had “alerted us to the need for more reliable global supply chains”, and that RIC countries must recognise each other’s vaccination certificates. “The world should avoid unreasonable and unscientific travel restrictions,” he said.

India, he said, supports upholding rule of law, release of political detainees and cessation of violence in Myanmar. “We will respond to the pandemic situation, humanitarian requests and other urgent concerns in Myanmar,” he added.

Referring to reformed multilateralism, Jaishankar said UN reform is being blocked “using a smokescreen of consensus as the only way forward”.

The joint communiqué said the ministers reaffirmed their support for “an Afghan-led and Afghan-owned peace” and called for the “formation of a truly inclusive government that represents all the major ethnic and political groups” of Afghanistan. They advocated a peaceful, secure, united, sovereign, stable and prosperous inclusive Afghanistan that exists in harmony with its neighbours.

The ministers called on the Taliban to “take actions in accordance with the results of all the recently-held international and regional formats of interaction on Afghanistan, including the UN Resolutions”. The communiqué added: “They stressed the necessity of urgent elimination of UNSC proscribed terrorist groups such as Al-Qaeda, ISIL and others for lasting peace in Afghanistan and the region.”

They also reaffirmed the importance of ensuring that Afghan territory “should not be used to threaten or attack any other country, and that no Afghan group or individual should support terrorists operating on the territory of any other country”.

The ministers called for making Covid-19 vaccination a global public good, and expressed their support to China to host the Beijing 2022 Winter Olympics and Paralympic Games.