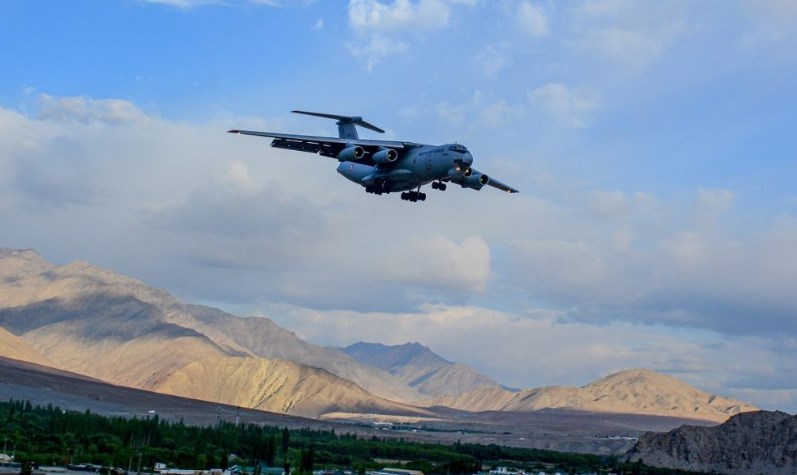 Senior Indian Air Force officers were part of military talks with China on Tuesday to ensure that there is no breach of Indian airspace in the Ladakh region. While there has been no immediate incident in the last few days, a Chinese military aircraft did fly within 10 km of the Line of Actual Control in the Ladakh region in the last week of June, which triggered a response from the Indian Air Force, or IAF.

The latest talks held in Ladakh on Tuesday were meant to avoid any similar incident, particularly since there are differing perceptions of the LAC in Ladakh.

China has been holding major military exercises in the Tibet region over the last few months, which includes a significant air force component. They have been building up infrastructure in their airbases in Tibet too.

The general rule is that fixed wing aircraft should avoid flying within 10 km from the LAC to prevent misunderstandings.

The talks also come at a time when the Chinese are having tense relations with multiple countries including the US over House Speaker Nancy Pelosi’s visit to Taiwan. China has even fired ballistic missiles farther into Japan’s Exclusive Economic Zone.

On June 25, a Chinese J-11 fighter jet flew very close to a friction point in eastern Ladakh around 4 am, which was picked up by both soldiers on the ground and radar sites. The Chinese activities continued for over a month. The Indian Air Force, or IAF, responded by scrambling its fighter aircraft including the Mirage 2000 and MiG-29 from its forward bases near Ladakh region.