India dispatched over 40,000 metric tonnes of wheat to Afghanistan so far 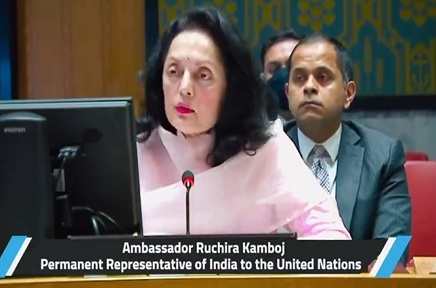 She added that the country has signed an agreement with the UN world food programme to ensure a fair and just distribution of its wheat assistance in Afghanistan. An Indian technical team has also been deployed at the Indian Embassy in Kabul to closely monitor and coordinate the efforts of various stakeholders for the effective delivery of humanitarian assistance and the continuation of India’s  engagement with the Afghan people.

Highlighting the historical and civilisational linkages to the Afghan people, she said, New Delhi has direct stakes in ensuring the return of the peace and stability giving its position as a contiguous neighbour and long-standing partner of Afghanistan. She also expressed concern at the development of Afghanistan which directly impacts the well being of women and girls. The India’s Permanent Representative said the linkages between groups listed by the UNSC including Lashkar-e-Tayyaba and Jaish-e-Mohammed as well as provocative statements made by other terrorist groups operating out of Afghanistan pose a direct threat to the peace and stability of the region.