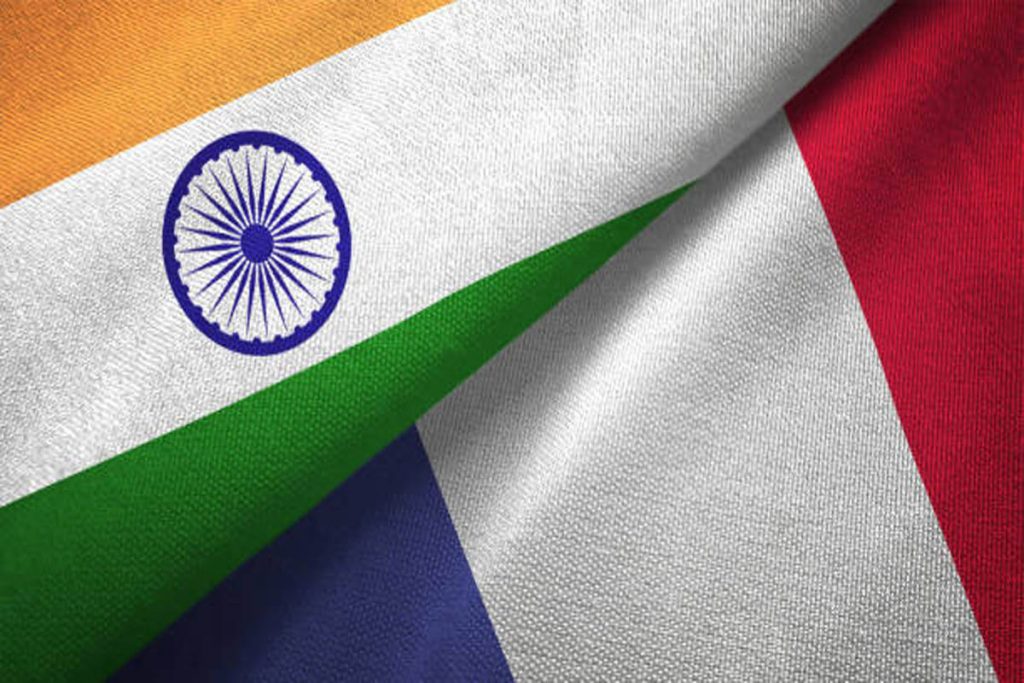 India and France are maritime nations with thriving maritime economies that include, marine technology and scientific research, fisheries, port and shipping. Both have vast exclusive economic zones, and their fate is inextricably linked to the sea and the ocean.

India and France intend to use the blue economy to propel their respective societies forward while also protecting the environment and coastal and marine biodiversity. Considering this, both nations have inked a roadmap to enhance their bilateral exchanges on the blue economy and forge a common vision of ocean governance based on the rule of law and cooperate on sustainable and resilient coastal and waterways infrastructure. The agreement was signed during External Affairs Minister Dr. S Jaishankar’s three-day visit to France with his French counterpart Jean-Yves Le Drian.

India and France want to contribute to the United Nations Sustainable Development Agenda, which aims to conserve and sustainably use the oceans, seas, and marine resources. To that end, they intend to act in accordance with international law, specifically the United Nations Convention on the Law of the Sea, the Paris Climate Agreement, the Convention on Biological Diversity, and the International Convention for the Prevention of Pollution from Ships, as well as the International Maritime Organization’s initial strategy for reducing greenhouse gas emissions from ships. They support the United Nations Decade of Ocean Science for Sustainable Development (2021-2030).

India and France are aware that the ocean has suffered the harmful effects of global warming and pollution due to human activities which are manifested mainly through acidification phenomena, increased stress on natural mineral and biological resources, fall in fish stocks, displacement, and loss of marine diversity, pollution – including plastic pollution – coastal erosion and rising sea levels.

For sustainable use of marine resources, the Sides will work towards ocean governance, including through coordination in relevant international bodies. Blue Economy and coastal resilience are a common priority for India and France. In this regard, both sides agreed to explore the potential for collaboration in marine science research for a better understanding of oceans, including the Indian Ocean.”

India and France emphasized on the importance of fisheries as an important economic sector that plays a critical role in food security and livelihood security, particularly for coastal populations. They also emphasise that demographic, economic, and societal factors have increased global demand for marine products, putting pressure on global fish stocks. They thus advocate for a sustainable approach to fishing that would ensure decent living conditions for sector professionals while conserving resources in the medium and long term, taking into account the Food and Agriculture Organization’s voluntary guidelines for securing sustainable small-scale fisheries in the context of food security and poverty eradication.

India and France are also committed to promoting cooperation between the European Union and India on the blue economy and ocean governance, in the framework of the common roadmap “EU-India Strategic Partnership: A Roadmap to 2025” and the EU strategy for cooperation in the Indo-Pacific.

Both sides will adopt the following road map to enhance their bilateral exchanges on the blue economy and ocean governance:-

1. Setting up an India-France partnership on the blue economy and ocean governance

2. Institutional pillar: forging a common vision of ocean governance based on the rule of law

To exchange views, share best practices, and support ongoing and future cooperation, India and France plan to organize an annual bilateral dialogue on the blue economy and ocean governance. The dialogue will play a driving role in the formulation, organization, and follow-up of cooperation projects in the four pillars of the partnership:

India and France will prioritize the blue economy in the expansion of their economic exchanges. They will facilitate contacts between economic actors, business leaders, technopolis, and maritime clusters in the two countries, as well as cross-border investments and visa issuance to blue economy entrepreneurs.

Given France’s expertise in aquaculture, it will collaborate with India on the commercial development of new farming technologies, as well as joint development in the farming of marine organisms for food and other products such as pharmaceuticals and jewellery, in an environmentally friendly manner.

India is looking to develop its ports, with a focus on environmentally friendly infrastructure, such as eco-fishing ports. In this regard, both sides will encourage knowledge and methodology sharing for upgrading current infrastructure, increasing resilience to climate change, increasing port capacity, developing storage facilities, and plug and play infrastructure in ports, with a special emphasis on developing ‘green and smart ports’ equipped with sustainable dredging and ship recycling, which is also a priority area for France and involves a zero waste and circular economy app. This collaboration can also include equipment development, such as dredging equipment, fishing ships/boats, trawlers, spare parts and repair services, undersea cabling and its servicing, ice-making, rope, net gear, and marine equipment.

5. Scientific and academic pillar: Better knowledge of the ocean to innovate and protect

Both nations will encourage scientific cooperation between their research institutions and facilitate administrative procedures, such as visa issuance and authorizations necessary for those involved in research.