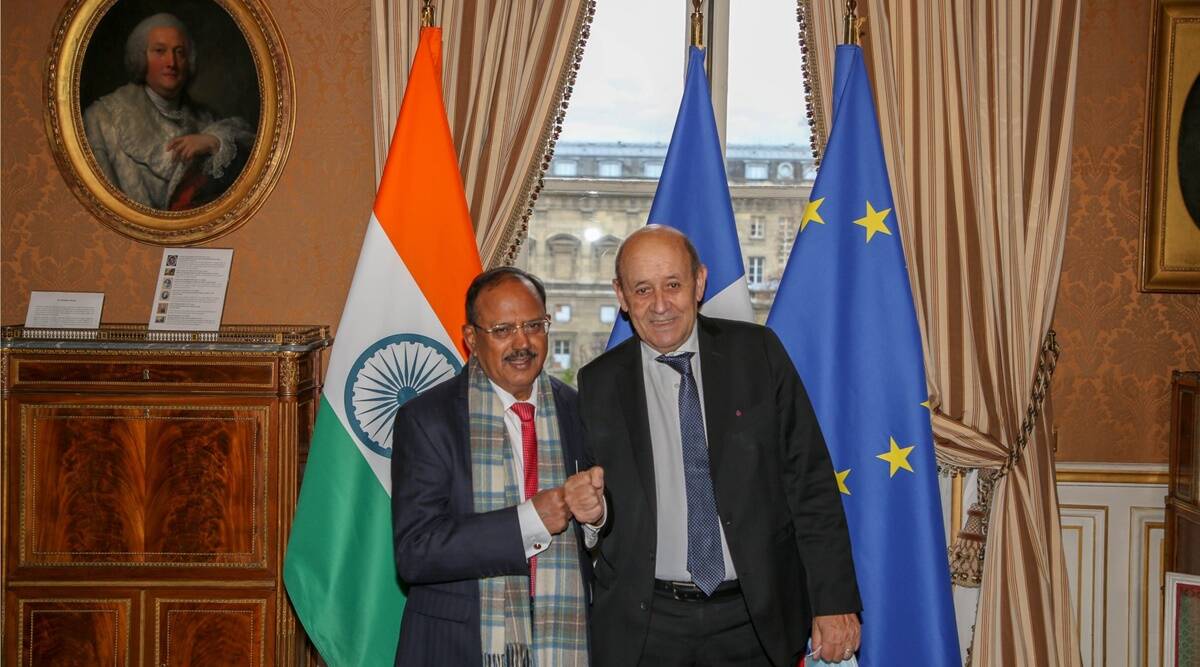 The two countries resolved to expand the defence ties at a meeting of India-France strategic dialogue that was co-chaired by National Security Advisor (NSA) Ajit Doval and Emmanuel Bonne, the Diplomatic Advisor to French President Emmanuel Macron, in Paris on Friday.

France’s reiteration to expand strategic cooperation with India comes nearly two months after the unveiling of a new security alliance (AUKUS) by Australia, the UK and the US – perceived as a counter to China’s aggression in the Indo-Pacific region. The unexpected announcement of the alliance, which involves building submarines for Australia, had angered the French government after Canberra pulled out of a separate submarine deal with Paris.

NSA Doval led the Indian delegation during Friday’s discussions and the French side was headed by Bonne. Doval also met Jean-Yves Le Drian, the French Minister of Foreign Affairs, and Florence Parly, the Minister of Armed Forces, the embassy said in a statement.

In the Strategic Dialogue and other meetings, France stressed its continuing commitment to the Indo-Pacific region as a “resident power”, and partnership with India as a “major pillar” of its strategy for the region.

“Doval reiterated that France is one of India’s premier global and Indo-Pacific partners,” the embassy said.

It said the two sides reaffirmed the vision articulated by Modi and Macron, most recently during their meeting on the margins of the G20 Summit in Rome, that their strategic partnership has a vital role to play in advancing peace, stability and security in the Indo-Pacific region.