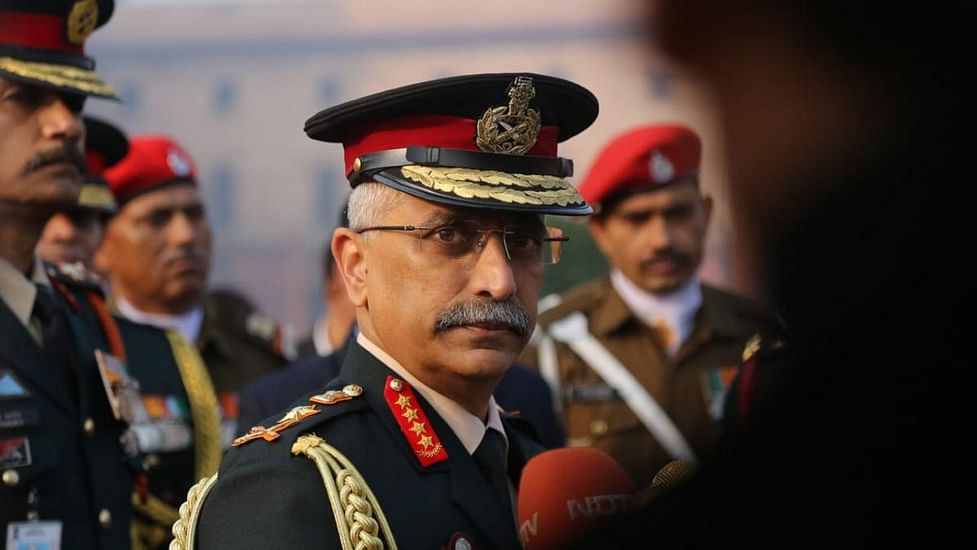 The value of geography took a quantum leap through two different mediums within a week’s time. A first-of-its-kind document and an equally rare interview are seamlessly connected by the vital role of geography despite being separated by a geopolitical border drawn in 1947.

Chief of Army Staff General M.M. Naravane gave a remarkably lucid television interview with calmness, not discomfited by any subject thrown at him. His interview was preceded by Pakistan unveiling its first National Security Policy (NSP) document, which too, is remarkably true to its appreciation of the vital importance of geography. Both events shed light on an important part of military diplomacy that India had failed to acknowledge till now — plain but essential army-to-army talks. It’s time for diplomats and politicians to take the back seat.

Pakistan’s NSP, as it has been released in the public domain, says pretty much the usual things about India, Kashmir, intransigence et al. In that there is nothing new, and Indian commentators have analysed it in fairly good detail.

They have noted the importance placed on economic growth vis-a-vis national security, a shift away from the usual chest-beating positioning of yesteryears.

After repeatedly highlighting its unique geographical location and the enormous economic opportunities that it offers in all directions of the compass because there is the inevitable ‘…eastward connectivity is held hostage to India’s regressive approach’, the NSP admits to a hard and cruel geographical truth.

In that sense, the most remarkably honest portion of the NSP, at least in the public version released for circulation, is the section titled ‘Climate and Water Stress’. Despite all the best intentions and ambitions, Pakistan’s NSP and its roadmap will come to nought without addressing the crucial factors mentioned in that section. Its importance can be measured by the fact that it occupies a similar print space as does the portion on India, Pakistan’s biggest bugbear.

The route to addressing those concerns, in a curious way, lies in the opportunity offered by Gen Naravane and his interview. “Always better to have whole of region approach…good relations with all neighbours…stable relations…”, and other such business-like points were mentioned by the General during the interview. That, after all, is required to handle the long-term crisis of climate and water. As neighbours, both India and Pakistan are affected equally, since geography doesn’t discriminate, and unlike history, it cannot be rewritten.

This is where Gen Naravane and his ilk can play the most important role. Politicians and diplomats have been trying for decades to take matters forward between the two neighbours. Every progress has been thwarted by the enduring insecurity of the Pakistan Army and its pet peeves. The prime, and unsaid at that, of which concerns the waters flowing into Pakistan.

Despite instances of camaraderie between the two countries’ various prime ministers — visiting the Minar-e-Pakistan in 1999, watching cricket together and even touching an elder’s feet — it always came back to the starting point.

So, it makes eminent sense to address the issue at the root of it all and initiate the first military-to-military dialogue between India and Pakistan. In this case, the dialogue will have to be largely Army-driven, for the other Services in Pakistan (Navy and Air Force) are too far down the pecking order to play a role. The tone, tenor and content of Gen Naravane’s interview have set agenda points that can be taken up by him and his team.

Also read: Many good reasons to demilitarise Siachen. But India-Pakistan ties too torn to allow it

Why not trust the Army?

The Indian Army has the confidence and the maturity in its leadership ranks to undertake this task as well. After all, army-to-army talks are the epitome of military diplomacy, which, unfortunately, has not received the importance in India that it deserves. When it has been unequivocally acknowledged that India’s armed forces have always pulled their chestnuts out of the fire, they can certainly be entrusted with this sensitive task.

There won’t be any hugs, nor any other methods of showboating. Just plain soldierly talks, which is really the best way of approaching the elephant in Pakistan’s room — General Headquarters Rawalpindi. Over the decades, the two armies have been speaking to each other through the barrel of a gun or under the umbrella of a flag meeting along the Line of Control. Some select few get to serve together during missions under the United Nations’ flag or in military courses elsewhere. There have never been communication problems reported anywhere.

Since politicians and diplomats have already tried many times and haven’t much to show, the military can only do better. For it encapsulates all of the concerns that drive the Army to impose itself on policy in Pakistan. However much India may want to deny, the undeniable fact is that the most important player in Pakistan is its Army. The only Indian institution that understands it is our own Army. And it is the only institution that the Pakistan Army will sit with and listen to.