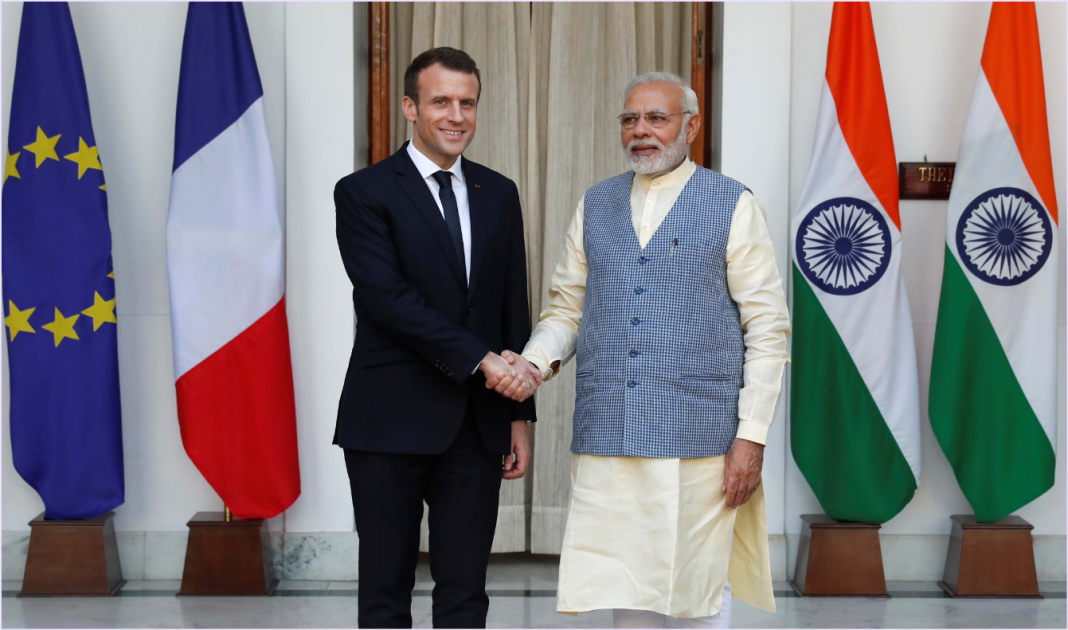 Emmanuel Macron’s re-election as the President of France is good news for both EU and India-France ties. In last five years, Macron, who also became the first French president to clinch a re-election in 20 years, has emerged as a leader with a centrist vision for France and instances of keeping global perspective at centre for his decisions. In his tenure, Macron could identify newer strategic threats (the Chinese influence), could lead France to deal with such threats, especially matters concerning the Indo-Pacific region, could maintain a crucial position and balance in EU, which considers him the most important leader and finally could deal with taking on the Russia challenge, both via direct diplomacy with Russia and international coalition-building with the whole of Europe and USA. Under Emmanuel Macron, who shares a personal rapport with PM Modi, the bond between both the regionally-important nations has deepened.

The bilateral collaboration that the two leaders have been able to form over the last five years stands out as ‘ideal’, as both sides have actively engaged and been respectful towards each other’s core interests across many sectors, including defence, maritime security, climate, economy, etc. What is worth highlighting is the fact that both the nations and their leaders find various areas of mutual interest naturally.

Interests in the Indo-pacific & Countering the growing Chinese influence

In its 2017 Strategic Review of Defence and National Security, released under Macron’s regime, France had conveyed its growing concerns over military intimidation of leading global powers which use power play strategies to compete for regional resources and areas of strategic importance. Developments and situations in the Indo-Pacific region particularly is of much importance for France. France is considered an Indo-Pacific power as it has overseas territories in the region like Mayotte, La Réunion, New Caledonia, and French Polynesia. A part of its colonial legacy, these territories are located in the Pacific Ocean and are home to more than 1.6 million French citizens and a good military size of over 8,000 soldiers, reportedly. India’s concern and actions it takes to protect its territorial interests, especially countering the growing Chinese influence in the high waters, is what coincides with France’s vision and concerns too. India also needs France’s support and assistance to ensure the same and focus on better maritime patrolling.

Election of Marie Le Pen as French President, would have led to complications, given the far-right politician’s inclination towards a protectionist economy as well as towards China and dismissal of the European Union. All these factors greatly concern India for innumerable factors including, International trade, security, cooperation, global support and territorial integrity.

India an EU have been trying to finalise their long-pending Free Trade Agreement for quite some time. While both parties finally putting aggressive efforts to achieve the same, election of Marie Le Pen as President of France would have caused direct and indirect implications for India, given Pen’s earlier expressed interest in having a “Frexit”.

This could not have been favorable news to India, which sees France as its “entry point” or a gateway to facilitate an intimate connection with Europe. “In security, France is already among India’s foremost partners,” EAM S Jaishankaer had said at the Ministerial Forum for Cooperation in the Indo-Pacific. EAM then added that, with the EU, India “now has an enhanced partnership and operational level of access.”

Following Macron’s landslide victory, PM Modi is scheduled to visit Paris in the first week of May. Apart from sharing similar views on the Indo-Pacific, India and France have very close political and defence ties, with both sides willing to assist each other in areas of critical and emerging technologies. In addition to mapping the Indian Ocean bed, India and France are expected to move forward on PM Modi’s Atmanirbhar Bharat project by manufacturing air independent propulsion submarines and high thrust aircraft engines in India.

French Defense Minister Florence Parly had paid a visit to India in December 2021. Defense industrial collaboration was the main agenda for the French minister’s visit to New Delhi, who had said that France is ready to help India as far as requirements of additional Rafale fighter jets are concerned while parallelly working with India to strengthen the “Make in India” initiative by incorporating Indian manufacturers into the broader global supply chains. Both India and France have also been actively engaging in many exercises together and meetings between the national security advisors and defence ministers of both countries are also being held on a regular basis. India had also joined the French La Perouse exercise for the first time in the Bay of Bengal in May last year, which even included navies from the other Quad members. Aeroplanes and helicopters are amongst the most important imports to India and exports include petroleum oils and oils obtained from bituminous minerals. Both the nations are also actively engaging to proceed on the Blue Economy project.

In 2021, India’s exports to France were valued at € 6.70 billion, up by a whopping 39.36%. Indian imports from France also increased by 38.98% to € 5.88 billion in the same year. Besides, France has emerged as a major source of FDI for India with more than 1,000 French establishments already present in India. The highest FDI equity inflows are in the services sector (18.57%), with cement & gypsum products (9.66%) in the second place, followed by air transport (7.91%), miscellaneous industries (7.40%) and petroleum & natural gas (7.40%). Most big French groups have their subsidiaries in India. 39 of the 40 CAC 40 (French Stock Market Index) companies are present in India. Around 50-70 SMEs are also present in India essentially in the mechanical and pharma-chemical sectors. India has a presence of French companies in a range of sectors including services, pharmaceutical-chemical, aerospace, agro-food, electronics, construction mechanics, electrical components, automobile, etc.

India as an important partner

In last couple of years, while the world grappled with issues of various degrees and nature, India has emerged as a leader, having rolled out new ideas and innovative solutions for some of the major global issues. The launch of multi-stakeholder global partnership & alliance platforms like International Solar Alliance (ISA), Coalition for Disaster Resilient Infrastructure (CDRI) and multilateral conference to discuss global issues like ‘Raisina Dialogue’ have pedestalled India as one of the leading nations in the world. This got followed by India’s ‘Vaccine Maitri’ Initiative and its growing emergence as the centre of global health solutions in a post-covid world.

India’s handling of the Kashmir Issue, and its strong stances on issues like Ukraine-Russia conflict, the Afghanistan crisis, border standoff issues with China, etc. have resulted in making India stand out as one of Asia’s most stable, trusted and important economy. The world, including France, is thus trying to explore opportunities with New India, that believes in achieving growth, which is both exponential and mutual.