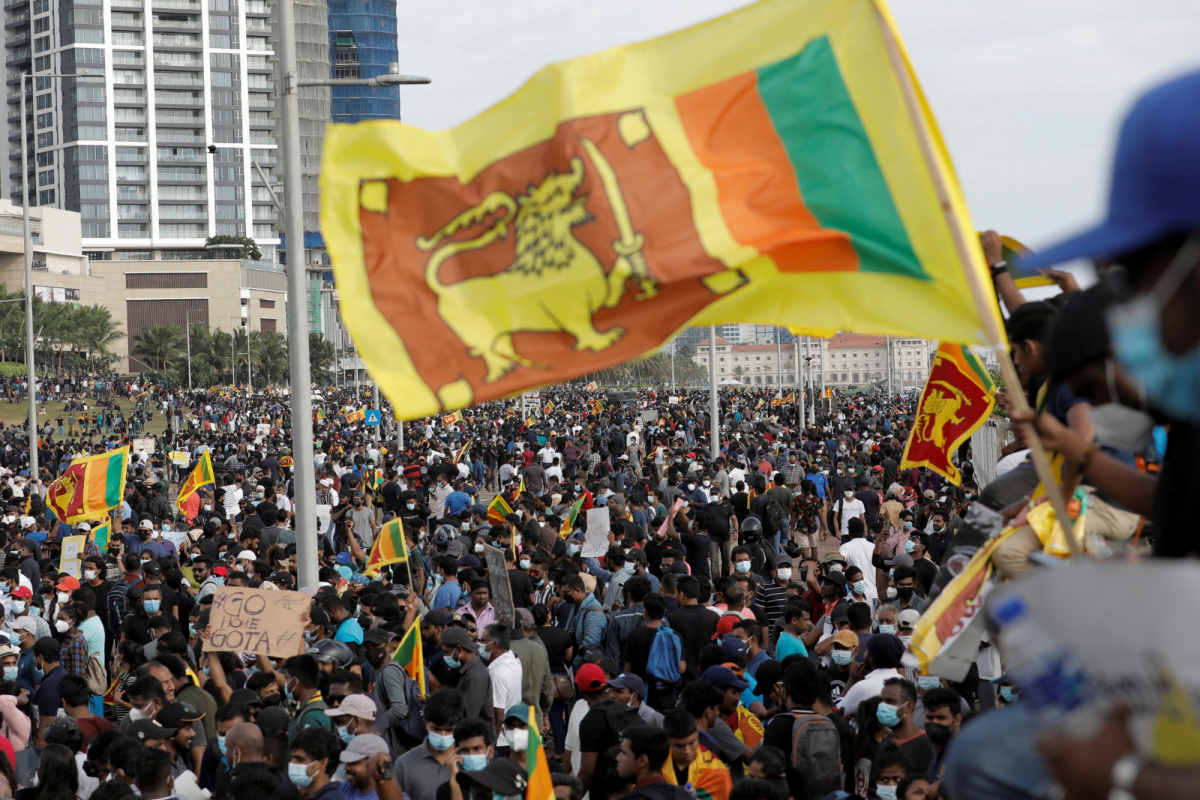 For the past 15 years, India and China have vied for favourable diplomatic and trade relations with Sri Lanka thanks to its strategic location in the Indian ocean.

While popular perception indicated China had outpaced India, the recent economic and political turmoil in Sri Lanka seems to have given India’s foreign policy a fresh lease of life in the island nation.

Sri Lanka is in the middle of its worst economic crisis since independence from Britain in 1948. The country has been rocked by protests as people seethe with anger over soaring prices and shortages of food and fuel.

Last week, Mahinda Rajapaksa resigned as prime minister after his supporters clashed with peaceful protesters, sparking a deadly night of violence on 9 May.

Ranil Wickremesinghe, who took over as PM, said the country’s economic problems would get worse before getting better.

He appealed for outside financial help, including from India.

India has never been a major lender to Sri Lanka, unlike China which by the end of 2019 owned a little over 10% of Sri Lanka’s outstanding foreign debt stock.

In early 2021, with the economic crisis looming, the Sri Lankan government had also obtained a 10bn yuan ($148m; £119m) currency swap facility from China to tackle its foreign exchange shortage.

But now, India is slowly emerging as one of the biggest providers of aid to Sri Lanka.

Colombo has racked up $51bn (£39bn) in foreign debt. This year, it will be required to pay $7bn (£5.4bn) to service these debts, with similar amounts for years to come.

The country is also seeking emergency loans of $3bn to pay for essential imports such as fuel.

While the World Bank has agreed to lend it $600m, India has committed $1.9bn and may lend an additional $1.5bn for imports.

Delhi has also sent 65,000 tonnes of fertiliser and 400,000 tonnes of fuel, with more fuel shipments expected later in May. It has committed to sending more medical supplies too.

In return, India has clinched an agreement which allows the Indian Oil Corporation access to the British-built Trincomalee oil tank farm.

Many in Sri Lanka feel that India’s growing presence in Colombo could mean a “dilution of sovereignty”.

“For the past year and a half, there has been a crisis in Sri Lanka and we believe India has used this to serve its own interests. Yes, they gave some credit, some medicines and food but [they are] not being a friend. There is a hidden political agenda,” said Pabuda Jayagoda of the Frontline Socialist Party.