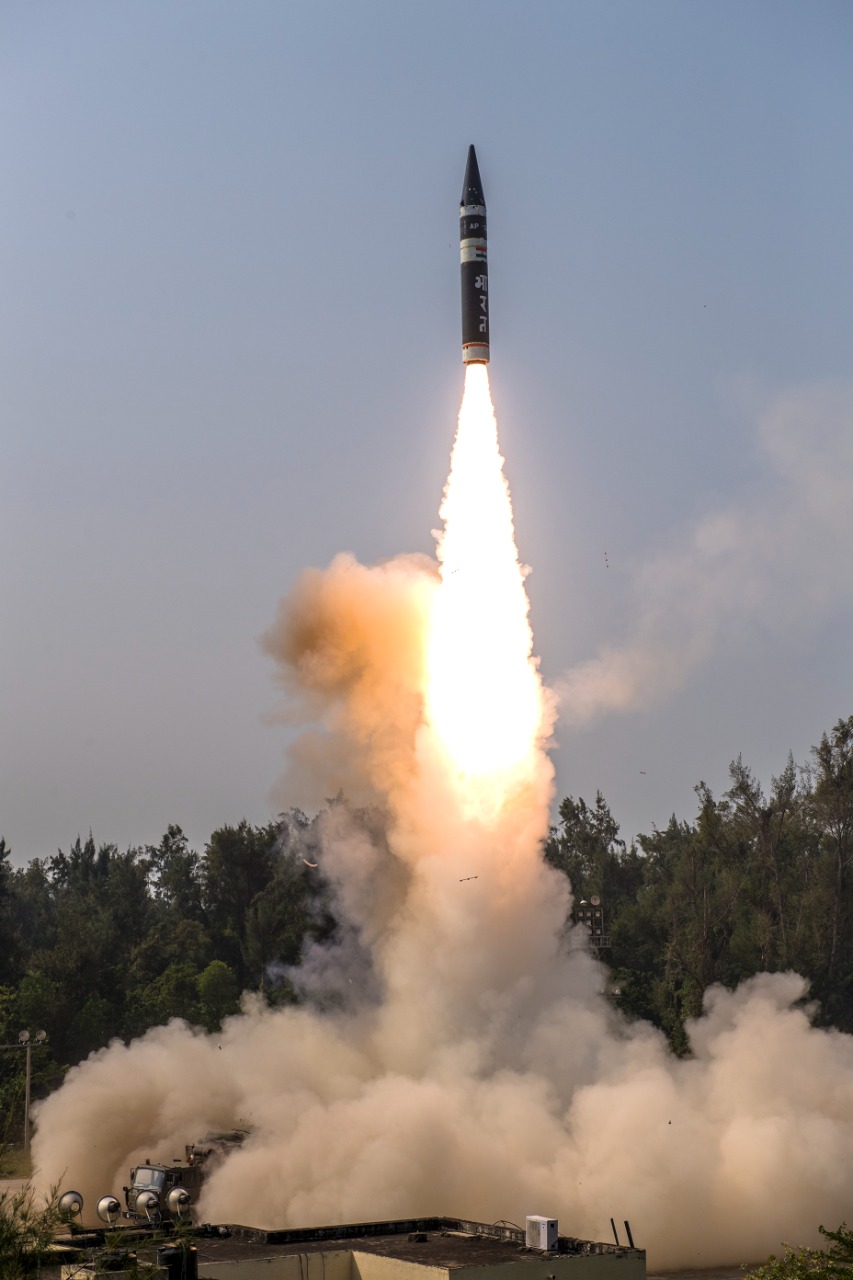 Today, that is, on December 18, 2021, Defence Research and Development Organisation (DRDO) successfully test-fired the new generation nuclear-capable ballistic missile ‘Agni Prime’ from APJ Abdul Kalam island off the coast of Odisha in Balasore.Various telemetry, radar, electro-optical stations and downrange ships positioned along the eastern coast tracked and monitored the missile trajectory and parameters. The missile followed a textbook trajectory meeting all mission objectives with a high level of accuracy.

Defence Minister Rajnath Singh extended his congratulations to DRDO for the successful flight test and expressed his gratitude for the excellent performance of the system. Taking to the micro-blogging site, the Minister said, “Congratulations to Team DRDO. The nation is proud of their achievements.”

Capable of striking 5,000 km away – know about the powerful missile:

Capable of eliminating an enemy 5,000 kilometres away India has successfully test-fired the new generation nuclear-capable ballistic missile ‘Agni P’. Designed and developed by Defence Research and Development Organisation (DRDO), the successful launch of the missile is in line with India’s stated policy to have ‘credible minimum deterrence.’

The missile can also be carried by a road-mobile truck, allowing the mobilization of missiles across the country easily. The missile has claimed to be tested more than 7 times before moving to user trials with the Indian Army. In an official communique, the Defence Ministry said, “Agni-5 is capable of striking targets at ranges up to 5,000 kilometres with a very high degree of accuracy.”

Further, Agni P is a two-stage canistered solid-propellant ballistic missile with dual redundant navigation and guidance system. This second flight test has proven the reliable performance of all the advanced technologies integrated into the system.

Previously, India also test-fired the Agni Prime version of the series, the next-generation nuclear-capable ballistic missile in the nuclear arsenal. While the Agni Prime and the rest of the Agni series is focused primarily on the Asia subcontinent, the Agni-V has a much larger capability of striking the enemy.

In 2018, DRDO in an official statement said that Agni-V is designed in a manner that after reaching the peak of its trajectory, the missile will turn towards Earth to continue its journey towards the intended target with more speed due to the attraction of the Earth’s gravitational pull.
The Agni missile family: